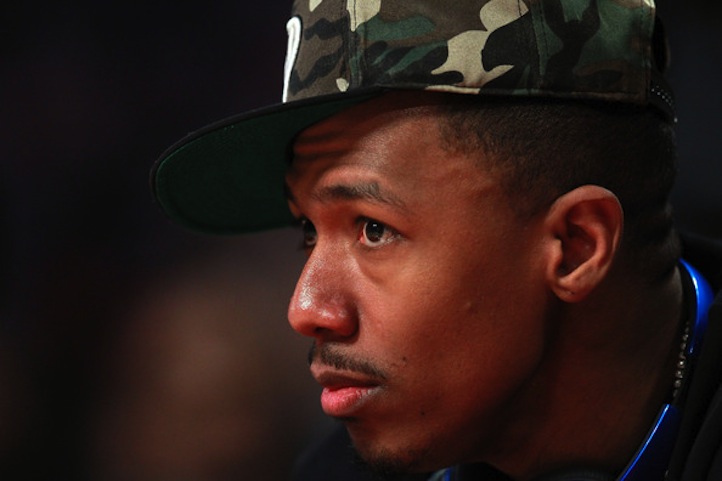 In an episode of BET’s faux reality show Real Husbands of Hollywood, Kevin Hart (much like the rest of urban America) takes Nick Cannon to task for being Mr. Mariah Carey and living off of his wife’s fame and fortune. However, to dispel that notion, Cannon begins pulling checks out of every area of his body from his many, many, many successful ventures. Hart stares in awe as his many positions ranging from America’s Got Talent host to CEO of Ncredible entertainment are name dropped. Hart is silenced. You can hate on him if you want to, but the reality is that many people would do just about anything to have a fraction of the success Nick Cannon has had.

While in Las Vegas for the Consumer Electronics Show to promote his headphone collaboration with Monster, Cannon spoke with L+T about getting his just due from his peers, reveals some of the opportunities he’s passed up on and why he would rather be Bill Cosby than Diddy.

Life+Times: You’re a man of many hats, so what were you doing at CES?
Nick Cannon: I, like every other person, was rocking the Beats By Dre. Monster was so impressed with my work ethic that they said that I should do a headphone too. But the question was what would make my headphones different? I grew up in the hood so I was never able to afford $400 headphones. I want the kids who grew up like I did to be able to afford my headphones. Give me everything you put in the Beats but make it affordable and that’s how it started. My brand Ncredible represents youth empowerment the same way so it brought those things together and it worked out.

L+T: Wildin’ Out is making a return, what will be different about it this time out?
NC: This time I’m calling it Wildin’ Out Raw because everything is just raw and uncut in a sense that we’re going to another level. The show was fun and over the top before but even hip hop today is in a different place and stripped down from the glitz and the glamour. It’s more underground in a sense. Comedy is even in a different place than before. Before comedy was about who had the hottest standup. Now you have internet comedians. We’re bringing all of that to the new show. It’s raw, stripped down, no holds barred. We’re going at everybody like we used to. It’s going to be fun.

L+T: When you look at the changes in the industry and how to maintain relevancy what are your rules?
NC: Being yourself. As you see, trends come and go. But the people who maintain relevancy maintain themselves. When you chase what’s hot it never really works. That’s what I’ve always represented. I’ve never tried to be something that I’m not. Whether cats call me corny or whatever, I’m just doing me. Eventually, if they aren’t paying attention to you doing you in the beginning, they will later. As long as you maintain your own constant grind, you’ll be alright.

L+T: You had the opportunity to produce the Kardashian’s reality show but passed up on it. Everything can’t be golden and there are other opportunities that you have missed, any others that you are kicking yourself over?
NC: Tons of movie stuff! Business stuff comes and goes but if I could tell you some of the roles that I have turned down because I didn’t think it was going to be anything. Everything from Crash to The Great Debators and Red Tails. I just didn’t feel like doing those initially. But now I look at it and see how great the films were. So, as an entertainer you think everything isn’t for me and it was supposed to be the way it played out. However, that happens every day in the film game. I get scripts sent to me constantly and a lot of time you don’t know what it is going to be. Something can be an amazing script that you love but the producer might not be right. Or they may not have the money together or the timing just isn’t right. As an entertainer I have stepped back quite a few times and said to myself that movie wasn’t meant to be for me and it was great with the cast they selected.

L+T: What’s in the future as far as acting is concerned?
NC: I’ve been directing a lot. I just directed my first feature for Lionsgate, a comedy. I’m inspired by people like Woody Allen; those kinds of people that do it all and have their own brand. The Jon Favareus of the world. A lot of the films you’ll see coming from me will probably be something that I’m producing, directing and happen to just act in as well. I’m just trying to make sure that the ownership is there because that’s what it is all about.

L+T: Do you feel like you’ve received the respect you deserve as a man of many professions?
NC: I think people will understand if they haven’t yet. This is only the beginning. I honestly want to be like Quincy Jones and Bill Cosby. Not only are they amazing entertainers and content providers, but they are amazing businessmen as well. You get cats like Diddy and JAY Z who are incredible and people recognize them because they’ve broken so much ground, and, yeah, I want to be like them but I really want to be like Bill Cosby and Quincy Jones. They created industries and changed culture in so many ways. People forget that Bill Cosby changed the perception of what a black family was in the 80’s. During the crack epidemic he had people believing they could be doctors and lawyers in one household. He was America’s dad. Not to mention everything else he did in the ’60s and ’70s. To have a career that spans over four and five decades, that’s where I’m trying to be. I’m not worried about what the kids online are saying in the next five years, I’m worried about what they’ll say about me in 50 years. That’s where my headspace is at. I want to provide content and consumer products that last for decades.

L+T: When you look at the landscape of our culture and how information is shared, how do you feel?
NC: There’s so much opportunity out there in terms of content and technology. Everything is becoming so much more personal. Curators and tastemakers are needed more today than ever before because there is so much information out there. It’s important to be a part of that movement and have your hands around the culture and dictate where it’s going. It may not be about what label or radio station you are on but it may be about how you are listening or what device you are using to consume. You can’t just be an entertainer, you have to know what your brand is representing.

L+T: Still dabbling in music?
NC: I’ll still have my bars ready on Wildin’ Out. But as far as putting out an album? No. I’ll probably put out a few mixtapes and stay in the game that way. I’ve been DJing since high school and even during my career I find time to DJ. I’ve been professionally DJing and getting guap in a major way! I don’t need to be a rapper or anything like that. As you know, the rap game is crazy. You can’t get money by just being a rapper, you have to do something else. I rap for fun. I’m a huge hip hop head and a fan of the culture but am I worried about when I’m going to drop my album? Nah. I have artists that I have to take care of first. I see what they go through and I don’t want to go through that. When you see the younger cats you may want to do it but I’d rather do my thing behind the turntables.