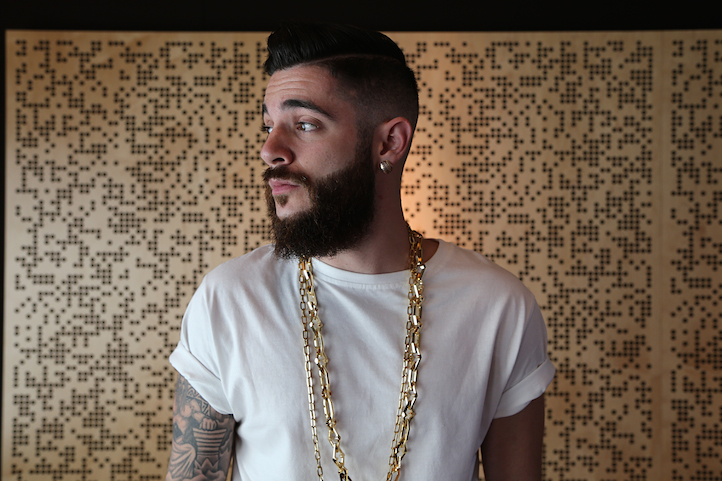 “I’ve never performed for a crowd that large. So, to have a test run where nobody knows who you are and you kind of have like 15,000 people looking like, ‘Okay, who’s this guy?’ It’s a good experience to try to win the crowd over of that size,” says NYC-based artist Jon Bellion to Life + Times about his performance at this past summer’s Wireless Festival. “It was definitely a fun learning experience for sure,” he adds. Wireless Festival was a warm-up for his current headlining tour, The Beautiful Mind. Jon will perform throughout the month of October – 25 cities in 30 days – in support of his recently released album, The Definition.

Jon’s grandiose confidence is a bit off-putting on first impression, but can you blame him? He co-wrote Eminem’s “Monster” and wrote Jason Derulo’s “Trumpets.” Interestingly, “Trumpets” was originally intended for placement on Jon’s sophomore album, The Separation. When asked about his work on “Monster,” Jon curtly replies that he’s “very over it” and that it “was just a step in the doorway to fund my artist project.” His feelings are understandable. What artist wants to only be eternally known for writing another artist’s hits? Jon continues, “It was a necessary thing that had to happen. A lot of bloggers have validated me for writing a record for Eminem, but it’s like every record on my upcoming album, The Definition, is better than the song ‘Monster.’ So, that’s what needs to be concentrated on. That’s what I believe.” Fair enough.

Life + Times: Some listeners that might have only recognized you from “Munny Right” may not realize that you’ve been producing and songwriting for a while now.
Jon Bellion: Yeah, that’s been a blessing definitely for sure is being able to have a nine to five making music for other people and be able to support myself through, and actually fund my videos, and do everything I want to do creative wise.

L+T: That’s true. One thing that I really appreciate and notice about The Definition is the detail in the musical composition. The lyrics are also very intricate. So, how do you feel this album is different than The Separation – not just musically, but from where you are as an individual? Artists tend to evolve from release to release.
JB: You know what it is – and this is ‘here we go with a big statement’ – I like to view myself as a realistic person. Translations Through Speakers I finished around when I was 18 [and] The Separation I finished almost two and a half years ago. The Definition, I guess, is the most recent thing I’ve been working on; but I would never say from a realistic standpoint that Translations Through Speakers or The Separation were world-class free albums or world-class records. I just would never say that. I had number-ones; two different number ones in countries all over the world and all that stuff. So, I think my musical view or opinion is somewhat validated in that I believe The Definition is honestly – it’s the development, the drum choice, the lyric composition, everything – is light years ahead of what I made in the past. The jump in musical quality obviously is there.

It took me two albums to get warmed up and this third’s one like now I’m cooking with heat – like now you need to listen to me. This deserves to be listened to by the masses, by a bunch of people. I believe I’ve validated myself with this third project as far as creatively or what people expect for a fresh new sound or pushing cultural boundaries. All those boxes in my brain that I’ve been striving for for five years making these three albums, I think I just hit the first step. Working with Eminem was great, awesome, amazing – but, this third project is the first step to my kicking the door in the industry…Sorry if I just went on a really long tangent. 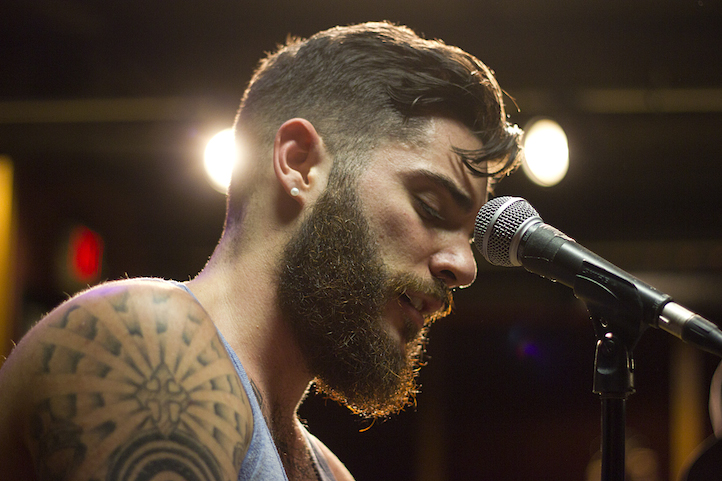 L+T: (Laughs) It’s all good. I will just dissect some there. What do you feel like is setting the current you apart from the past creatively then? Was there a moment that triggered that?
JB: To be honest, I think just perseverance and working on the craft tirelessly. The first two albums – like of course if you listen to “Dead Man Walking,” one of the first videos I ever put out – I made that almost four years ago; but that’s on the Internet forever. We live in a time period where artists are putting out a lot of their music for free – like a ton. It’s not like these labels are constructing these giant projects where there’s 12 producers making sure that the singles are whatever. I’ve done 100 percent of all three of my projects and I’m putting all three of them out for free…Artists like me, like rappers too, that are coming up on the Internet – they’re working on their craft really alone. They shoot the videos, their running and running with DSLR running all over the place trying to get this thing off the ground. I just hope that people don’t look at early videos and say, ‘Oh, that’s who he is.’ Their not looking at the timeline like, ‘Wow. From project to project he’s gotten so much better so fast.’ You see “Dead Man Walking,” you see where I came from. Then you listen to “Munny Right” and you’re like, ‘Damn, he’s evolved into a totally different human being.’ I think that’s the glory of being able to do everything on your own, and starting from scratch, and developing on your own.

The Definition is out now. Purchase tickets for The Beautiful Mind Tour here.