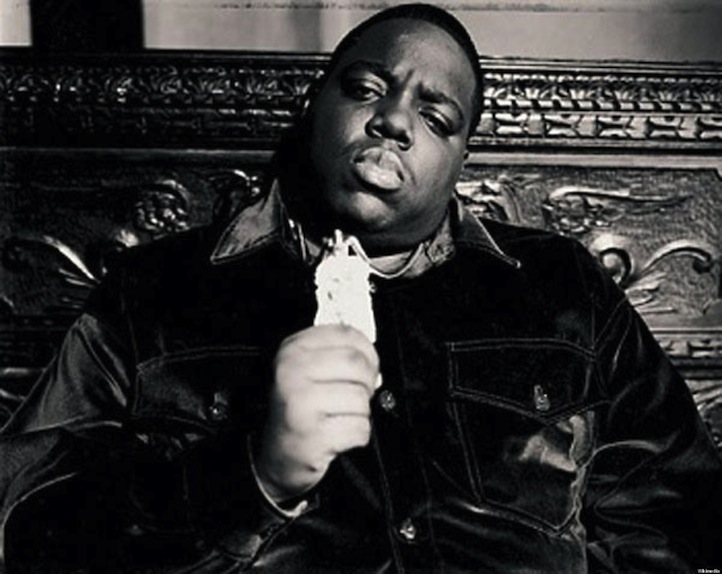 It was a year following the The Notorious B.I.G.‘s death that JAY Z made the declaration to “Flow infinitely like the memory of my nigga Biggie,” on 1998’s “Hard Knock Life (Ghetto Anthem).” For peers of the Notorious B.I.G., there was an underlying oath they’d all be taking. When Biggie passed away on March 9th, 1997, a void was left in the game that was even larger than the Bed-Stuy native’s intimidating exterior. There was a promise Biggie would never again deliver upon – that lyricism and a wealthy personality could dwell peacefully within the bars of one rapper’s style. Big stood in the middle of hip-hop’s dichotomy, where you’re either hyper-lyrical or hyper-flashy. The two never met until we met Christopher Wallace. Biggie proved you could be rich and skilled; what an outrageous combination.

The years that followed Biggie’s passing were sheer irony. The Shiny Suit Era and the Backpacker Rap Era happened almost simultaneously circa 1998, furthering the rift that Biggie aimed to mend. 15 years later, we’re still feeling some of the effects of that schism, but a newer breed of artists have emerged and stand as hybrids. Some aren’t as rich, others aren’t as lyrical, but they reside in the middle. Guess who they have to thank?

Biggie is still ever-present. From the inspiration behind Rick Ross’ rollicking grunts (plus A$AP Rocky’s chopped and screwed ad libs) to Drake’s fearless embracing of Coogi sweaters, there are hints of Wallace everywhere. It’s become a rap rite of passage to freestyle over the “Who Shot Ya” beat. Let’s not even attempt to penetrate the sampling force field, where Biggie’s voice is sampled more frequently than the production surrounding him. New school female rap phenom Angel Haze just recently sampled Biggie’s “all up in my back tryin’ take my track” (from “Running Your Mouth”) on her Azealia Banks diss track “On the Edge.” Joey Bada$$ and his Pro Era team sampled “Juicy” (a piece of his “Spread love…it’s the Brooklyn way”) on last year’s posse cut “Florists.” Domo Genesis and The Alchemist borrowed “Me and My Bitch” for a track of the same name. The Alchemist used “The Warning” for “The Kosmos Pt. 7 – the Explanation” with Mr. MFN eXquire. eX also crafted his own ode to Big tribute “Biggie Tribute.” Let’s also not forget that the Black Hippy Remix of Kendrick Lamar’s “The Recipe” had a “One More Chance Remix” sample. The list goes on and on. This new school regime is hyper aware of Biggie, despite some of them being born the year after he died. There’s something to be said about that.

This might seem like a no brainer trajectory to some. Those who were old enough to experience Biggie in his heyday would assume his catalog would become treasured musical currency, much like a Beatles record or uncovering Jimi Hendrix demos. However, with hip-hop only recently hitting its 30’s, it’s very easy for a kid today to continue pushing forward without looking back. It’s less about mimicking Biggie, and more about paying homage. In the past, Big’s peers have said their brother would be disappointed in the hip-hop landscape. It’s quite the contrary now. Respectable newbies are not only representing for rap, but still doing it in Biggie’s memory. Hopefully Biggie is somewhere standing proud. Rap’s future’s so bright, you’ve gotta rock Verace shades.