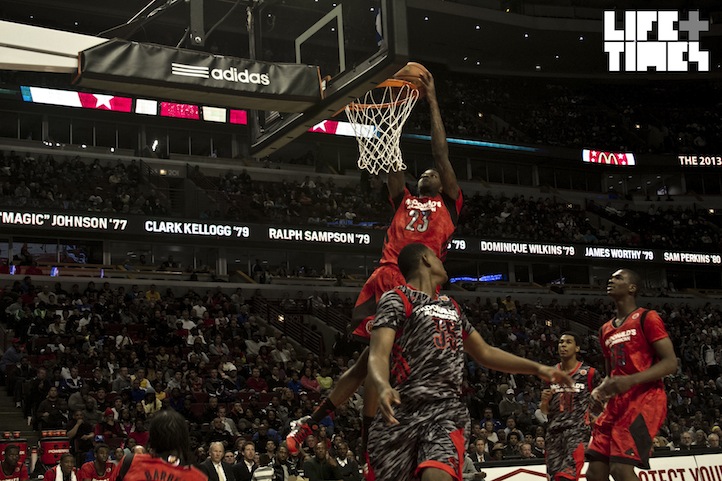 The field of high school seniors in this year’s McDonald’s All-American game was billed by many experts as one of the best of all time. Jabari Parker— the Gatorade player of the year and Duke-bound four time state champion from Chicago Simeon. Andrew Wiggins-—the Canadian prodigy ranked by ESPN as the #1 prospect in the world, even ahead of the chosen one, Parker. Aaron Gordon—the Blake Griffin clone headed to Arizona who took home the game MVP award with an awe-inspiring 24 point, eight rebound effort.

Then there was Chris Walker.

Playing in front of sold out stadiums is just another day in the life of a phenom like Parker or Wiggins. For Walker, stepping out on the same court where Michael Jordan led the Bulls to six NBA titles was something beyond surreal. “All of this, everything, it’s just crazy,” he said. “I’m from a little city so, just for me to be here and experience this, being in the United Center, I never thought ever I’d be here.”

Walker’s first event of McDonald’s week was the dunk contest, an event with big-time tradition. The list of past champions is impressive—LeBron James, Carmelo Anthony, and Vince Carter to name a few. Each year, the competition becomes a springboard to stardom for the vertically gifted. Some called this year’s field of dunkers the best ever, and the sold-out crowd in the University of Chicago gym buzzed with debate. Wiggins or Gordon? Parker or Walker? It was really anyone’s guess as to who would take home the crown. ESPN was live in the building, Bo Jackson and Stephen A. Smith were there judging, and the crowd was ready for a show.

Wiggins threw down some thunder and Parker held his own in front of his home fans, but it was the one they call “SkyWalker”—a skinny, 6-foot-10 underdog in every way—who left with his name in the history books. 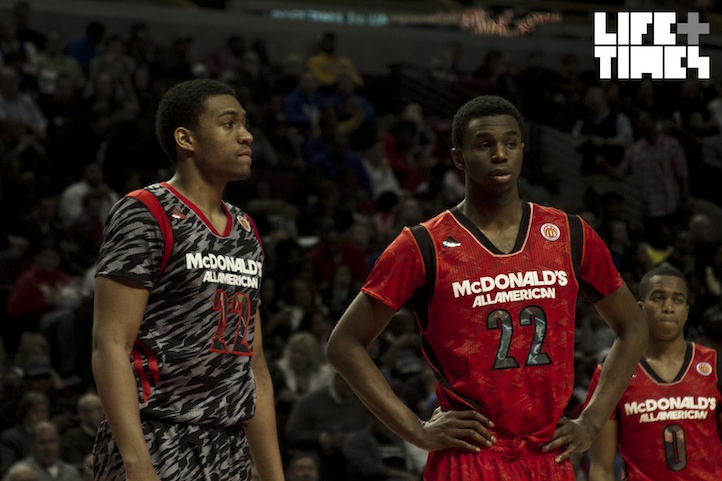 Parker, Wiggins and Gordon hail from big cities: Chicago, Toronto, and San Jose. Walker was raised in Bonifay, Florida, a tiny panhandle town an hour and a half drive from Tallahassee and two and a half from Montgomery, Alabama. He’s beloved by the citizens of Bonifay, and will always be remembered as the one who brought home the first-ever state title for Holmes County High.

“Bonifay is a little community, it’s probably about five thousand people there,” he said. “You can walk the streets at night time and not worry about getting shot or anything. All the people there, they care about you, they support you.”

Parker and Wiggins’ fathers (Sonny Parker and Mitchell Wiggins) were college stars at Texas A&M and Florida State, who went on to have long and successful NBA careers. Aaron Gordon’s older brother Drew played for the Mavericks’ summer league team last year and currently stars in Italy’s top pro league. “I had to step up early and be a man,” explained Chris. “[My dad] was always kind of in and out, he’s not no NBA player, just a regular person. I talk to him a little, he lives in Maryland now. I don’t know when or why he left, but either way, I got respect for him.”

He calls his adopted mother, Jensen Campbell, his “everything” and he is passionate about the woman who raised him. “She has had my back since day one,” he says. “That women is my backbone. I don’t think I could do anything if it wasn’t for her, and I’m just blessed that God put her in my life. I’m gonna make mama proud.” 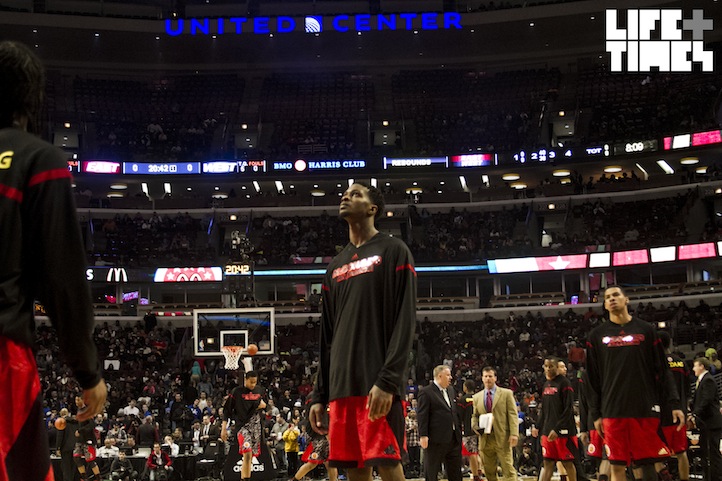 While his counterparts played for Nike-sponsored club teams with six-figure annual budgets, Chris spent his springs and summers suiting up for the Florida Rams, a squad without a major sponsor or shoe company funding. With Chris and point guard Kasey Hill—a fellow McDonald’s All-American—the Rams were as good as any team in the nation. Chris and Kasey were arguably the most talented one-two punch on the entire AAU circuit, and they decided to take that chemistry with them to Gainesville, where both will suit up next season for Billy Donovan‘s Florida Gators in the mighty SEC.

“It’s gonna be unreal, putting on that Gator jersey for the very first time,” he said. “I’m excited just to get there, to play for the best coach I’ve ever played for.”

“There’s a lot of people doubting me, saying I ain’t gonna get there and stuff like that,” he added, addressing the internet rumors that he hasn’t yet qualified academically, “so whenever I put on that jersey, I’m gonna shut everybody up.” 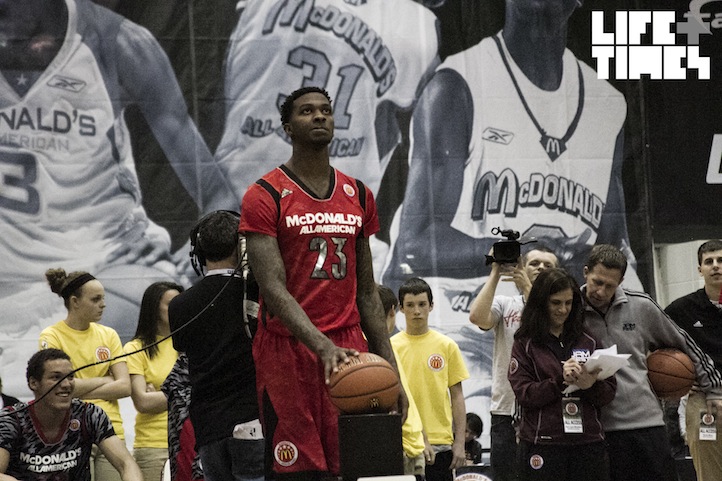