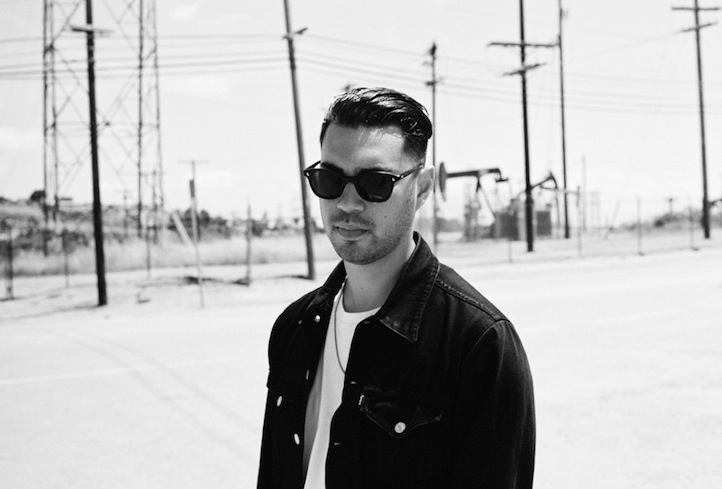 With lyrics as intense as his piercing dark eyes, all black rockabilly getup and Cali boy ‘tude, Hanni El Khatib’s distinctive sound marks him as a name that will make its impression on this year’s music scene. Last year, El Khatib released his debut album, Will The Guns Come Out, a collection chock-full of boisterous words and crooning songs of heartbreak, woes and the angsts of life. It’s no wonder his edgy sounds, specifically the song, “I Got a Thing,” caught the attention of Nike execs, using it for one of the brand’s international extreme sports ad campaigns. The guitar-donning gent took time out from the SXSW madness to talk about his recent European month-long tour and future projects.

Life + Times: Your last album came out in the fall. Do you have anything planned for this coming year?
Hanni: Yeah, I’m gonna be touring actually, starting in April–it’s a U.S. tour with a little bit of Canada. Then, I’ll be working on a new record and doing a European summer tour. And, hopefully by next fall, I’ll be ready for the next project.

L+T: Nice! You just got back from Europe, right?
H: Yeah.

L+T: What was your favorite city there?
H: I always have a good time in Paris and London just because I have a lot of friends out there and seriously, you need friends when you’re in a foreign country. Outside of that I think the cities of Switzerland are really, really beautiful–it’s got some insane scenery. We were always on the road. It was snowy and below zero.

L+T: One thing I found interesting is you used to be the Creative Director for (skate brand) HUF. When did you switch to music from fashion?
H: It wasn’t really like, “Ok, I want to do this, and now I’m done with that.” It was more like I was doing them simultaneously and it got to a point where I couldn’t really hold the job down because I was touring and I would be out for three weeks at a time. That really was the thing that made me choose. Nothing beats being out with your friends and playing music at shows.

L+T: Where do you draw your inspiration for the songs you write?
H: I listen to all sorts of music. Beyond music, I think just things that happen in life, like friends and traveling. Those are the things that kind of motivate me. Being in a new or foreign place where you don’t know anybody… those types of things spark something.

L+T: Is there any collaboration you would like to do in the future on your next project or are you fine with being solo?
H: I’m gonna be working with a bunch of people for my next project. I just stay open and work on songs on my own, but when it comes to recording, I want to keep it open. I’m adding a third member to the live band– right now we just perform with two. I’ve been kind of itching to change things up for a minute.