life+times music thao and get the down 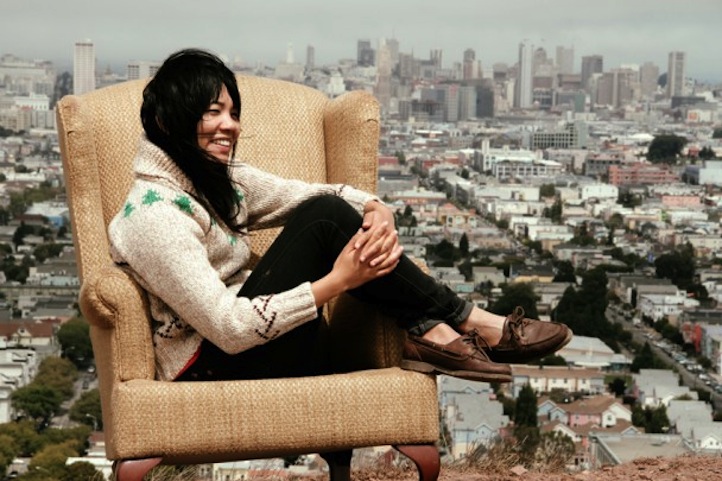 We The Common, Thao & the Get Down Stay Down’s latest album, highlights the vast spectrum of the complexity of human emotion – all delivered in an in-your-face bluesy folk package. Subtlety isn’t a trait of either Thao Nguyen (vocalist/guitar) or Adam Thompson (vocals, bass guitar, keyboards), the duo that makes up Thao & the Get Down Stay Down. Their musical composition is largely understated and never overrated – from the first strum of the guitar to the rugged depth of Thao’s vocal range. Thao talks to Life + Times about the inner workings of We The Common and her philanthropic efforts.

Life+Times: I heard that Lilith Fair was one of the reasons why you became a singer-songwriter. Is that true? What in particular from that festival impacted you?
Thao Nguyen: I think what impacted me the most was that was the first time as a kid that I saw women playing music. So, I saw the potential of it and I knew it was possible. I think that was the most influential element of that.

L+T: You did an interview back in February with Exclaim. For this latest album, We The Common, you brought out that rather than focusing on the problems and things that were different from the past albums, you wanted to be “a better participant in your own life.” What would you say is the most significant facet of your life, past or present that stands out the most?
TN: Probably the most prominent thing is I became involved in the California Coalition for Women Prisoners. That was the first time I was really a part of an organization and community that didn’t involve me being a musician. That activism was all about showing up at the prison and being present for the people.

L+T: What were some of the activities you were involved in?
TN: Well, I’m still doing them. We go in the state prison where we meet with people one-on-one for 45 minutes to an hour. [We] just check in on any legal help they may need or healthcare advocacy. We write letters of support. We sort of maintain offsite presence so that it holds the prison system accountable. The most important part is humanity between two people. We do that and also do a weekly women empowerment group inside the San Francisco County Jail.

L+T: Wow! You have a lot on your plate. What was the motivating factor for your involvement in those two different projects?
TN: A lot has to do with really good friends of mine who have been members of this coalition for a really long time. Then, they asked me to fill-in on an advocacy visit. From there, I knew I would commit myself as much as I could for this because it was so impactful and life altering.

L+T: That’s really awesome, Thao. It’s a good feeling when you’re actually doing something to help other people and it’s not focused on yourself. You don’t think about your own issues.
TN: Thank you. I left out that whatever I’ve learned – I’ve gained so much more. They’re pretty incredible.

L+T: It seems like as an artist your personal life and creative projects would blend together. It makes me wonder how many times an artist actually listens to their past records and reflects on where they currently are in life versus then. If you listen to your past records, have you ever had retrospective thoughts?
TN: I haven’t listened to my older records in a really long time. I wouldn’t still buy them, because that’s silly. Maybe when I’m feeling kinder to myself, I’ll listen to them. Sometimes we have to pull some songs to remember a change or a lyric. I’ll have to pull it up on YouTube because it takes too long to load on my phone. (Laughs)

L+T: Although you just released We The Common in February, are you currently working on new projects?
TN: For now, we’re focused on touring and supporting We The Common. I’m writing, but I’m not writing songs in particular. I’m writing on the side.

L+T: You just mentioned that you’re writing, but it’s not for a particular project. How many songs would you say don’t actually make it onto the album?
TN: Not that many, because I’m not as prolific as I wish I were. Probably 20-30% remains unfinished or become another song entirely.

L+T: In 2009, you collaborated with Andrew Bird on the title track “Know Better Learn Faster.” Are there any partnerships you want to do in the future?
TN: I’d love to do something with Lucinda Williams, who I’m a huge fan of. Orchestra Baobob – I love them. They’re an amazing band.