A concoction of brotzeit, bass, banter, and Hofbräu fills the air of the Wunderbar showcase at the peak of SXSW. It’s ten minutes before German DJ-producer, Tensnake, takes the outdoor decks for an intimate live performance in front of a hip European crowd. He calmly takes a sip of his drink and a puff his cigarette before kicking off his hour-long set. Tensnake (Marco Niemerski), who has made a name for himself by producing disco tainted deep house tracks, recently released his debut album, Glow. Much like putting together a puzzle, Tensnake’s ear for sounds has worked to his advantage in piecing together Glow and the live set I dance and twist to. His penchant for soul and funk couldn’t have been more manifest than in his acclaimed 2010 release of “Coma Cat” and latest masterpiece, “Good Enough To Keep,” featuring the legendary Nile Rodgers. Glow is a peek into Marco’s diary of influences, interests, and passion behind ‘Tensnake’ – a wildflower of an album mixed with soul, house, and disco. While the rest of the world (and immediate crowd of Wunderbar attendees) are warming up to the reemergence of the popularity of house, Tensnake continues to nonchalantly mold and redefine his style on stage and through production – geil indeed.

Life+Times: I had a chance to check out Glow. Congratulations by the way! Before I even ask anything about Glow, you have to tell me about your experience with Nile Rodgers.
Tensnake: As you can imagine, I was super, super nervous. We met for the first time, I think, two years ago at the WMC (Winter Music Conference). We had dinner at a place called Joe’s Stone Crab. It’s a traditional, very old place. For me it was very bizarre meeting my idol.

L+T: Yeah, it’s crazy!
Tensnake: The thing is – he’s a very grounded, very natural dude and he makes you feel very comfortable. I wasn’t talking much. He’s a great storyteller and he made me feel very comfortable. We had a first chat and exchanged ideas about music. The thing about Nile is he’s a real musician. He has no attitude really. When he loves the music, he goes for it. He took the nervous thing away from me really quickly. It took some time after that meeting until we did the production. Unfortunately, we never managed to be in the same city. So, he was in New York and I was in Berlin. What we did actually, we did a Skype session. He was in the studio. I sent him the production before and he loved it. We were just figuring out some parts. He’s done that for so many years, so it was really quick. It was amazing.

L+T: That’s awesome. In 2010, you had the “Coma Cat” release. From your perspective – obviously I could voice my own opinion of that – from that period until now, how would you say DJing has changed for you?
Tensnake: To be honest, when I started playing out, before “Coma Cat,” I played way more underground and way more disco in a way, and boogie influence. And because of “Coma Cat,” the huge success of when it blew up, I was booked suddenly at big venues like Ibiza [and] WMC. The first time was hard because people knew me for “Coma Cat,” but all the other stuff was too mellow in a way to play in big places. Since then, I would say my set has probably – and you heard it today – is a bit more bouncy, a bit more house, [and] a bit more uptempo.

L+T: Definitely. There’s a current trend toward this big room of electro house sounds that are very reminiscent to each other. How have you been able to just be yourself like, “I’m Tensnake” and not get caught up in the trends?
Tensnake: To be honest, I just do what I love really. I can’t play a sound that I don’t feel myself. The problem with all those big EDM productions is, to me, they all sound the same. I don’t want to diss it because if somebody likes it, it’s fine and obviously a lot of people get happy. I don’t waste that energy on stuff I don’t like. I just don’t listen to it. Yeah, I just do what I’m doing. I’m so happy that people are digging it and even here in the States I was never expecting this warm welcome. I think there’s a really interesting change going on at the moment. I came here for the first time four years ago and I had some hard time because the people were used to this big room EDM sound – electro. Some people were standing like this (folds arms) and not dancing, but you keep coming back and playing and playing. Now, I feel like house is getting bigger and bigger. My mission is to keep some of the soulful things in music. Very often those overproduced electro-ish sounds, like, feel cold to me. There’s no soul in there. 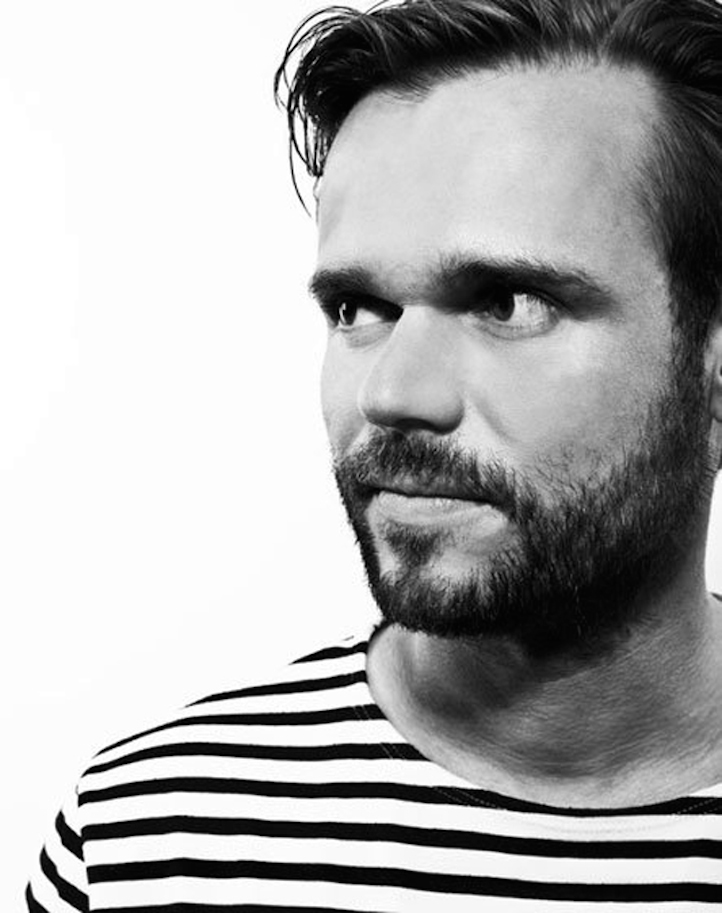 L+T: The classics!
Tensnake: That was when hip hop was great. (Laughs) The golden days.

L+T: Golden days. A lot of the new rappers cite the ones we mentioned as their inspiration.
Tensnake: Yeah, for me these days the biggest album for me last year was really Channel Orange, Frank Ocean. That was for me, for the first time, where I was like [this is] a little bit of old school R&B, but with a modern twist and obviously such a huge success.

L+T: Another one too is Kendrick Lamar’s good kid, m.A.A.d city.
Tensnake: Yeah, of course. I saw him live in Finland, Helsinki. Amazing!

L+T: He and Frank Ocean are bringing back that classic vibe. It’s not this junk food rap music – twerking.
Tensnake: Which is only about “bitches” and big cars. Yeah, there’s more than that.

L+T: There are quite a bit of collaborations on Glow – Jamie Lidell, we talked about Nile Rodgers, MNEK…
Tensnake: I am a fan of pop music and big melodies. For me, a voice makes a track more perfect and complete in a way. I really can’t sing. It’s awful. (Laughs) I would need singers.

L+T: It’s okay. I’m terrible too.
Tensnake: It was just a logical step to work with singers and it was great. Everybody’s different and everybody has his own work style. It’s all about chemistry when you’re in the studio. There were other singers that didn’t end up on the album where it just didn’t feel right. It’s all about making it right. If you think it fits right, the people out there will feel it.

L+T: There has to be that connection and synergy. I get it. With writing it would be hard for me to choose my favorite or least favorite part of the job – it would be difficult. As the producer for Glow, would you say you had a favorite part of producing this album unique to your past releases?
Tensnake: Well, I would say for every producer it’s always the most exciting time when you start working on a track, you know – when the first bits and pieces come together and you have this excitement. The awful part is finishing it.

L+T: Yeah, it is – the conclusion and intro!
Tensnake: I would say the beginning was the most difficult because I didn’t really have an idea of what to do and how it would all fit together. I only knew I would like to bring all the influences in my life together in one album. That was my goal.

L+T: Very cool. My last question – I end this with every DJ and producer – do you feel that a DJ is a musician?
Tensnake: No. (Laughs) I don’t.

L+T: Expound.
Tensnake: I don’t know. I don’t even feel like a musician to be honest. For me a musician is someone that can play an instrument and who’s able to play freestyle – like be creative with an instrument. I’m not saying a DJ is not creative, but he’s not a musician because you’re replaying other people’s music. That’s why I prefer to be in the studio rather than DJing because it means much more than playing other people’s music. These days you make easier money from DJing. (Laughs) Honestly.