On February 4th of this year, 18 of snowboarding’s finest gathered at the top of “Scary Cherry” at Baldface Lodge, and laid down their best over three runs, with the intention of crowing the sport’s best all-around athlete. Announced earlier this winter, Red Bull’s Supernatural is the latest addition in a series of firsts for the iconic brand and one of it’s premiere athletes, Travis Rice.

Located deep in The Kootenay Mountains of British Columbia, Canada, Rice spent a better part of the last two years researching, designing, and constructing more than 80  artificial features, in natural, backcountry terrain. Life + Times caught up with Rice to talk about the design and challenges of creating an event like Supernatural.

Life+Times: Where do you find the inspiration to build 80+ wooden terrain features that only handful talented riders will ever experience?
Travis Rice: Nature. Straight up. And the crazy features that I’ve seen people ride. Also, some inspiration came from what they are able to do with mountain biking courses. Like building stuff through the trees. There’s no limit on what is possible with a little creativity and some will. We really just enhanced the natural lay of the land. 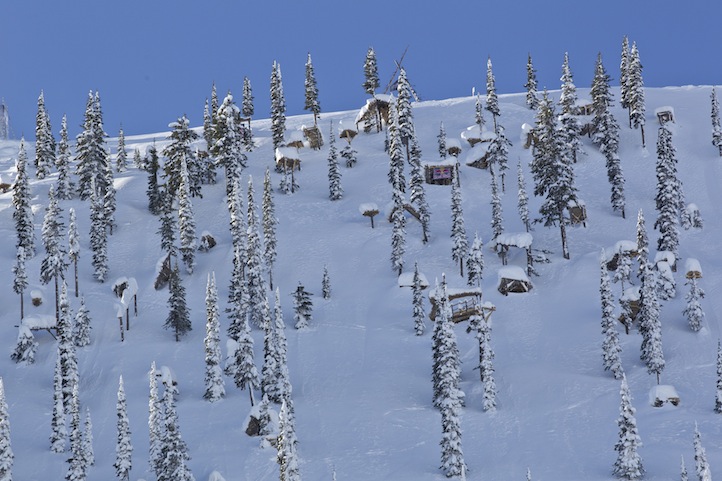 L+T: How long has this project been in development?
TR: This project is about five years in the making conceptually, and around two years in actual initiation. We broke ground so to speak last July and had a solid crew working up until February 4, when we ran the contest under nearly perfect conditions. I brought the project to Red Bull and with their enthusiasm and support we were able to Green Light the event. The type of projects that Red Bull gets themselves involved with are usually the polar opposite of normal, but the sheer scale of this event at around a mile long was intimidating. I think when it came down to it we would not have been able to pull it off with out the total support of Baldface Lodge and Jeff Pensiero, who owns and runs Baldface with his wife Paula. 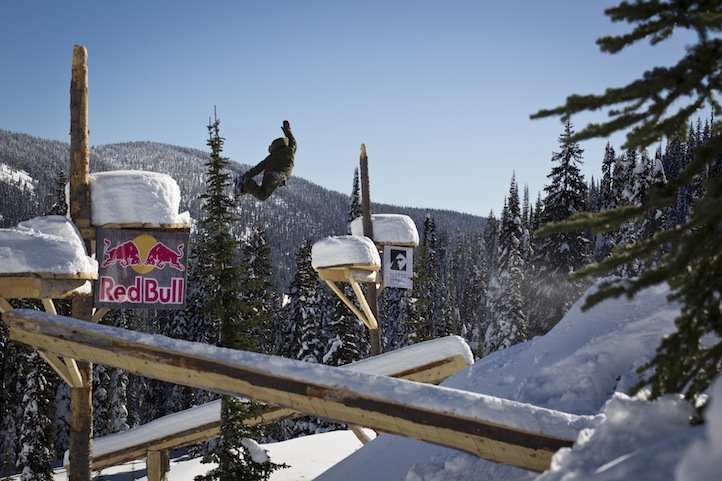 L+T: What features on this course were the most challenging to design and construct?
TR: I think the first few that we assembled, due to the fact that it was all experimental. After the first few weeks of trial and error the crew really got on a roll. We did have to go in and re-build a few features that ripped out during our pre-season avalanche control. Which was negative temps and in a blizzard, those days were pretty brutal but they make em’ tough up in BC. Seriously some of the toughest bastards I have ever met built this course! Canada’s finest.

L+T: How is the snowpack in the Kootenay’s?
TR: Amazing. And Baldface Lodge is right in the middle of them. That is primarily why I chose them. By having the event in interior British Columbia we are in higher elevations so we have a better chance of not having a warm front move in and ruin the snow quality. We are also lower than the high elevation alpine where you have a higher risk of a major wind event that could ruin the course just days before the event. For snow quality you have the sticky pillow forming snow like you get on the west coast mixed in with the colder dryer snow that is synonymous to the Rockies. The perfect in between and the best chance for good conditions statistically.

L+T: How much snow base did you need for these features?
TR: By spending a lot of time researching existing snow packs, I was able to figure out the appropriate scale to build the features to. I visited the course on four different intervals last winter including early season in mid-December, mid-season, late-season and then again in the spring. Baldface had a huge year last year, so we were able to see all levels of snow. We basically built the course for mid-season snow levels and hoped for the best- It is rideable in most snow packs, it’s just the less snow there is, the bigger all the features are!

L+T: How did the contest go?
TR: It went off! Everyone rode great and no one was seriously injured, great success in my book. This is the future, we already have two more years confirmed. There is a full two-hour special on the event, March 31st at 1pm eastern on NBC. Check what Brain Farm Digital Cinema was able to achieve with two aerial cameras covering the whole event. 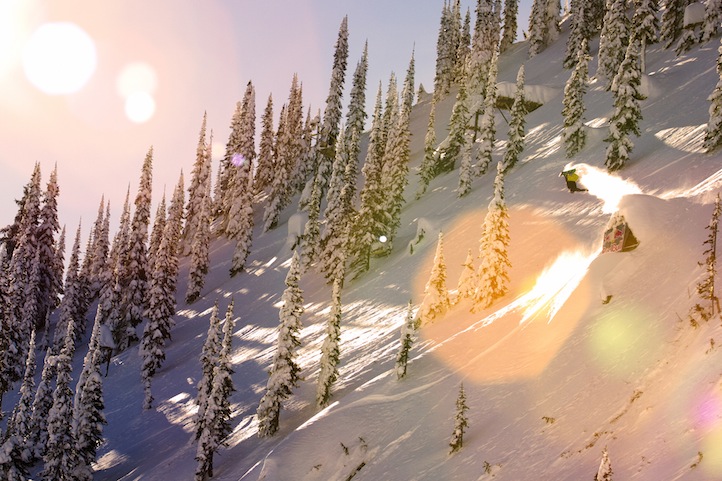