Although the written word is strong, images have always appeared to have a more powerful connection with people when it comes to detailing American history. And when it comes to the history of Black America, the image is the ever so important component of the culture’s past, present and future. If left up to it’s own devices, the history of the African-American would continue to be an endless loop of stereotypical images that suggest a flawed narrative. It’s a flawed narrative that continues the narrow perception that African-Americans are dangerous. The term “thug” has been used to describe some of our more prominent figures by the media. It was also used in describing both Trayvon Martin and Jordan Davis before their lives were taken by fearful men.

Which is why it is imperative that that history is documented by those who have lived through it which is also why Thomas Allen Harris’ film Through A Lens Darkly: Black Photographers And The Emergence Of A People is necessary viewing for those inside and outside the culture who are still seeking a better understanding of the Black experience. Through A Lens Darkly is the first documentary to explore the role of photography in shaping the identity, aspirations and social emergence of African-Americans from slavery to the present. Harris’ film brings to light previously hidden and largely unknown images by both professional and vernacular African-American photographers which add to our understanding of history by providing a window into lives, experiences and perspectives of Black families that is absent from the traditional historical canon.

“When our stories are told by people outside of our culture, they are telling stories to explain us to somebody else, “ Harris says while attending the 2014 Sundance Film Festival, where the film was selected to participate. “When you grow up in this country you are constantly fed a diet of stereotypical images that say we don’t belong.”

Don Perry, who also served as a writer for the film, agrees with that assessment. “The story of the film is to expose the hidden side and to bring forward the diversity of our experiences in this country,” Perry explains. “Having to negotiate the full impact of what it is to be black in the context of being American is really what the film is about. It’s about our triumphs and how we’ve overcome in spite of the negative.” 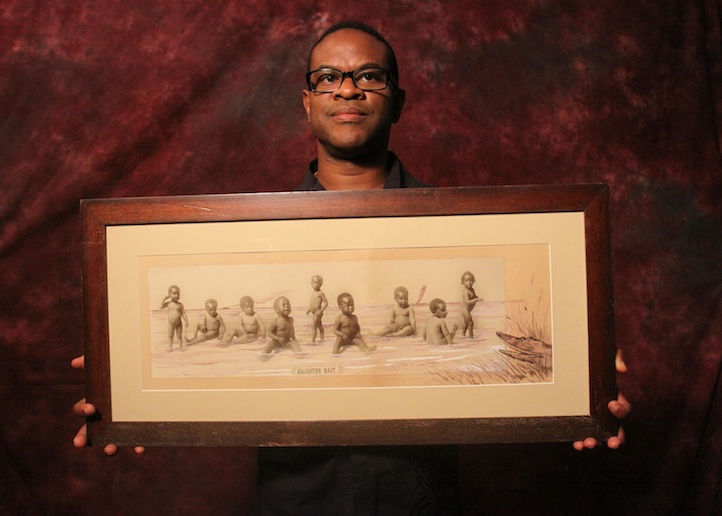 Although African-American history should be one and the same as American history, the fact remains that only certain aspects of the culture are fed to children at an early age. More often than not, the lasting image of African-American history has to do with slavery and the civil rights movement. However, there are many more images that are imperative to the foundation of America and showcase the diversity of African-Americans. Through A Lens Darkly uses 950 images out of a collected 15,000 to help shape and mold a skewed view of the Black experience. “The images that we see today do not look like the traditional family images of Black Americans,” Perry explains. “To say that we are all broken down, poor and had to be saved as opposed to having agency of our own and being able to control our destiny is a fundamental issue when it comes to the depiction of Black people.”

Throughout the cinematic journey, the film does an excellent job showcasing not only seldom seen images of African-Americans but also the many, many Black photographers who have documented the culture for hundreds of years. Harris says that this film alone interviews 26 photographers who have stood behind the lens and capturing the very significant images in the film. “There are hundreds of Black photographers across the United States aside from Gordon Parks,” Harris says with a laugh as he feels that Black photographers are perceived to be more of a rarity than what they really are. The film features the likes of photographers Deborah Willis (who also co-produced the film), Carrie Mae Weems, Lorna Simpson, Anthony Barboza, Hank Willis Thomas, Lyle Ashton Harris and Glenn Ligon and their art, as it challenged pop culture’s definition of blackness. “Black people have been in photography from the 1840’s to the present,” says Perry. “We were photographing ourselves because sometimes we were the only people around that would photograph black people.” 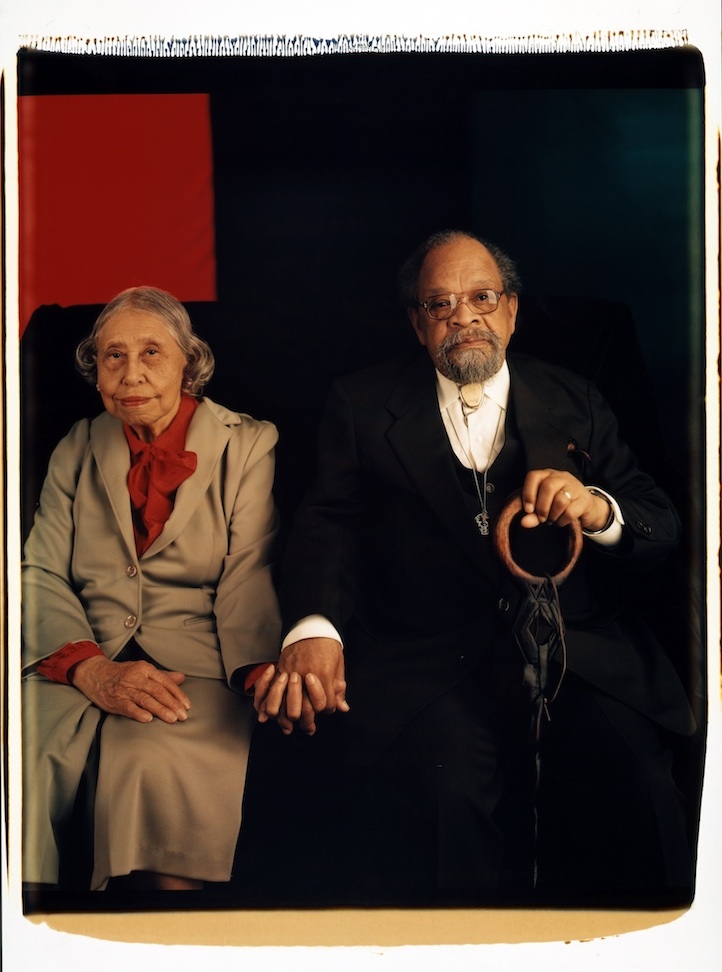 The significance of the film was felt at Sundance and will continue to screen at festivals across the globe. However, a noteworthy filmmaker has signed on to help spread the word and increase the impact of the documentary. John Singleton recently announced that he would serve as the executive producer of the film. “I was moved by the film, these artists and what their work means to me and to the world at large, ” says Singleton. “This documentary highlights the ongoing battle that Black people face defining themselves image-wise. I am proud to be a part of this project.”

With the director of Boyz n the Hood, Higher Learning, and Poetic Justice getting behind the movie, Through A Lens Darkly will hopefully infiltrate more markets to spread a message of positivity and diversity in not only African-American history, but the history of this country as well. For Perry, it is imperative that a filmmaker as renowned as Singleton opted to be a part of the documentary. “Hollywood is still foreign ground for us,” Perry says. “This is the beginning of a new renaissance that is direct to the market. We’re still not green lighting movies or controlling the distribution on the theatrical side of things but what our being here does suggest is that we’re smart, intelligent and have incredible stories.”

Harris promises that the conversation won’t end when the credits roll. Rather than the film being a cinematic experience, Harris says that the dialog will continue with an interactive experience via a traveling transmedia roadshow called the “Digital Diaspora Family Reunion.” This initiative invites audiences to share and upload their own family photographs and participate in the creation of a global family archive that can form communities and the opportunity to create our own history through personal images. The photos are uploaded via Instagram or Twitter through the #1World1Family hashtag and put into the One World – One Family global family album, where all are connected. For Harris, this is a means to not only explain our past, but also have a hand in shaping the future. “People ask who is our audience and, for me, our audience is the next generation,” Harris explains. “As a people we have to constantly reinvent the wheel when it comes to our story. We can celebrate our diversity as a country and be at the table as part of the dialog of American history is very significant.”