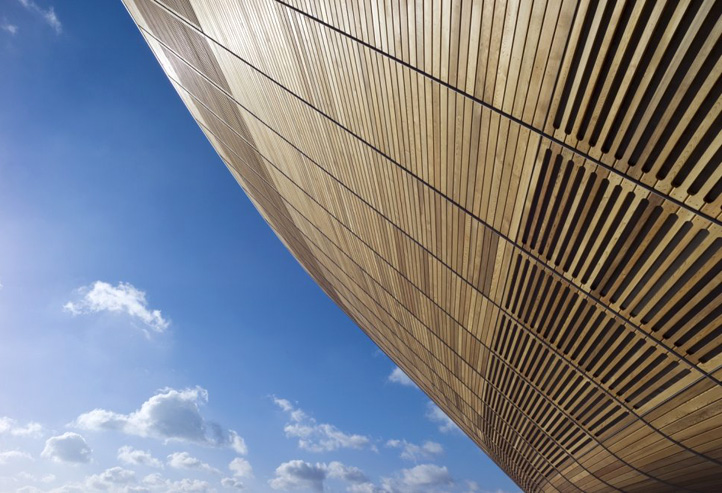 Building for the Olympics is a notoriously slow and expensive process: from Atlanta to Athens, Olympic construction usually suffers from a grossly inflated budget and no clear outline for how all those fancy stadiums will be used after that year’s athletic showing – not to mention the challenge of masterplanning, i.e. designing Olympic park thoroughfares to accommodate millions of generally hapless visitors in a matter of weeks. However, London – prepping for its international debut at the 2012 Olympic Games – is pretty much killing it. Two buildings have already been completed, ahead of schedule and under budget, including the main arena for the festivities designed by Populous to be the “world’s most environmentally friendly Olympic Stadium.” In honor of all this stadium awe, we’ve selected five other projects large and small to put you in the mood for cheering.