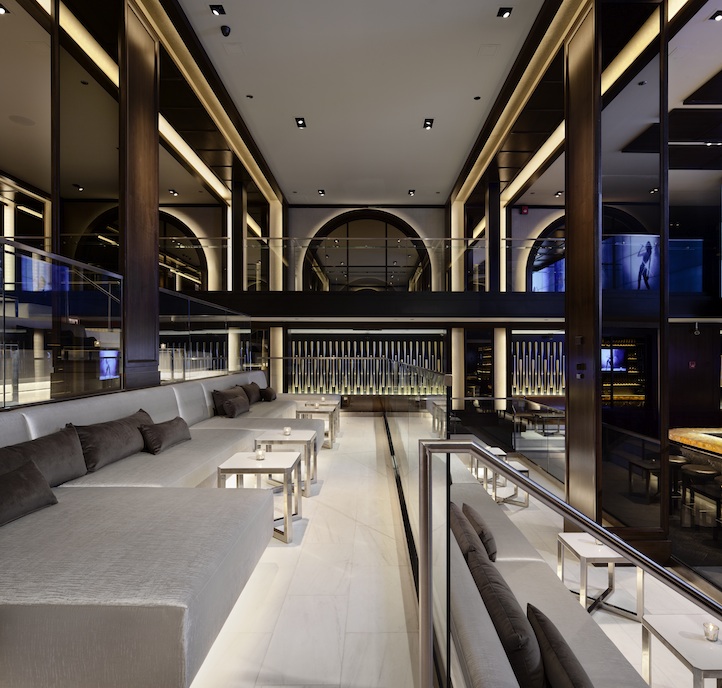 When The 40/40 Club reopened its New York City location’s doors to the public this past January, patrons were greeted with an entirely new look for the iconic sports bar. Even as erroneous reporting tried to sully the festivities (click here to see the Department of Health report), The 40/40 Club’s feel was restructured, revamped and thoroughly renovated as a result of it going through a $10-million overhaul. At the helm of the new space was one of the most sought after architects in the world: Jeffrey Beers. Mr. Beers’ work speaks for itself; from Sak’s Fifth Avenue’s Houston location to the Atlantis in Dubai, his projects have been the benchmark for some of the world’s most luxurious establishments and heralded brands. Here, Life+Times talks to Mr. Beers about his work on The 40/40 Club and his future endeavors. 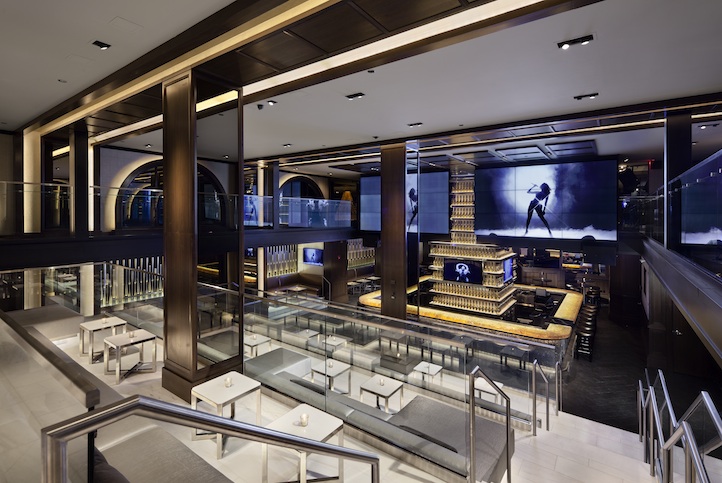 Life+Times: What’s your background in architecture?
Jeffrey Beers: I have an extensive background in architecture beginning with my education at Rhode Island School of Design, where I received a Bachelor’s in Architecture. I was also an ITT Fulbright Scholar and studied with the legendary Oscar Niemeyer. This was followed by a nine-year professional tenure with I.M. Pei & Partners as an architect. In 1987, I opened my own firm and was able to bring my architectural sensibilities to a number of prestigious interior projects. Great interior design requires an understanding of the shell, or the structure of an interior project, in order to maximize the impact of an interior space.

L+T: Why did you decide to take on the renovation of The 40/40?
JB: JAY Z is a living legend and a true New Yorker. His innovative music and brand has made him one of the most influential artists in any industry. The opportunity to collaborate and create a space which truly represented that brand was such an honor. It was an unprecedented project in many ways, especially given the club’s dual identity: sports lounge and high-end nightclub. Even though melding the two was somewhat of a challenge, JAY Z himself was such a great inspiration in terms of his own style. Sophisticated, approachable, and stylish, The 40/40 Club truly reflects the urban refinement that JAY Z himself embodies. 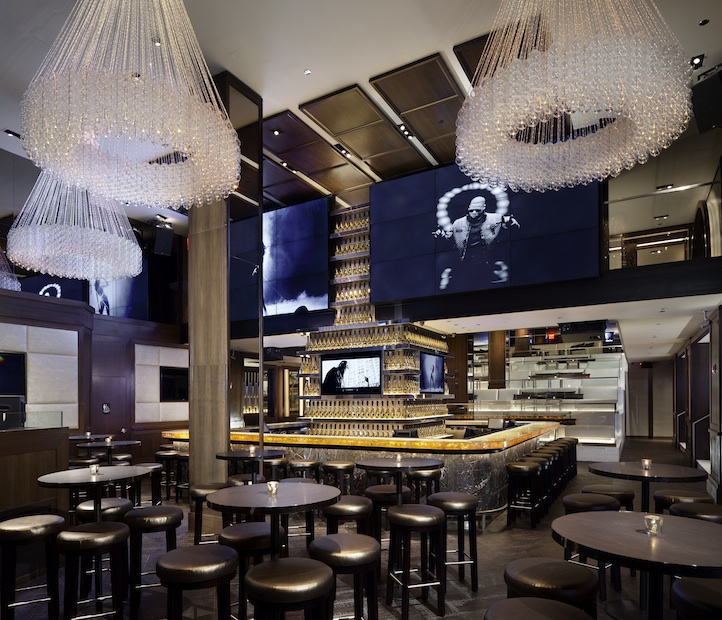 L+T: How was it different your other projects?
JB: Each one of our projects is unique. 40/40 is a sports lounge that transforms into a nightclub, so we had to create a design solution that spoke to both of these seemingly contrasting elements. In other words, the space needed to be a chameleon; devoid of pretention while still evoking a sense of luxury and style.

L+T: What was the inspiration behind the direction you took in the redesign?
JB: Inspiration was taken from classic NYC architecture which seemed fitting as the club is situated right off of Madison Square Park. The interior space highlights the grandeur and luxury that we envisioned, which plays nicely against the lively social atmosphere of the club. The intent was to bring more of an upscale residential feel to a sports club lounge in a way that engages both the sports enthusiast and the nightclub goer. 40/40 represents a fusion of the music and sports industries, and the ultimate goal was to strike a balance between the two, without compromising the 40/40 brand.

L+T: What do you want patrons to feel when they are in the space?
JB: The new space is open and has a fluid movement which really speaks to the lively social atmosphere of this club. You can watch games on one of the many TVs or simply watch the interaction amongst people from all over the club. It’s an environment that invites a variety of spatial interaction with its creative layout and contemporary design accented by timeless references. The overall feel of the space is one of sophistication and urban luxury, devoid of the austere pretentiousness that one finds in many traditional nightclubs today. 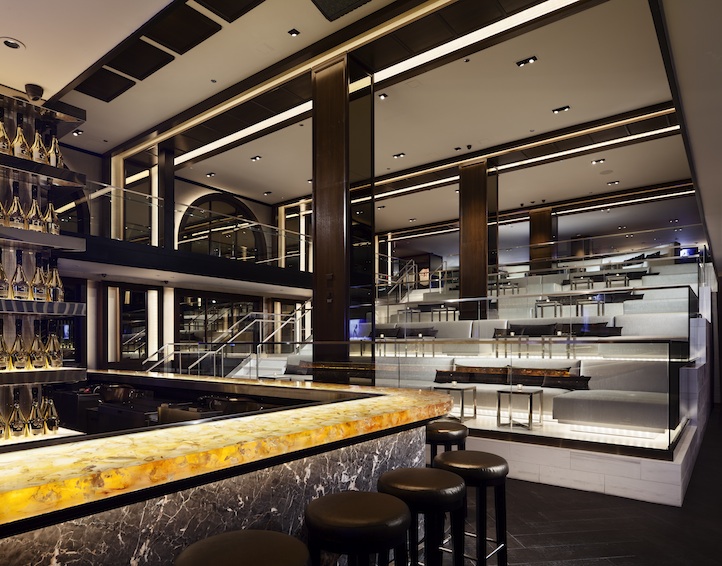 L+T: What’s your favorite part of the new 40/40?
JB: The movement and activity that the new design has given to the club. The VIP Rooms are beautifully appointed, extremely comfortable and inviting — like watching the game at home… your dream home. 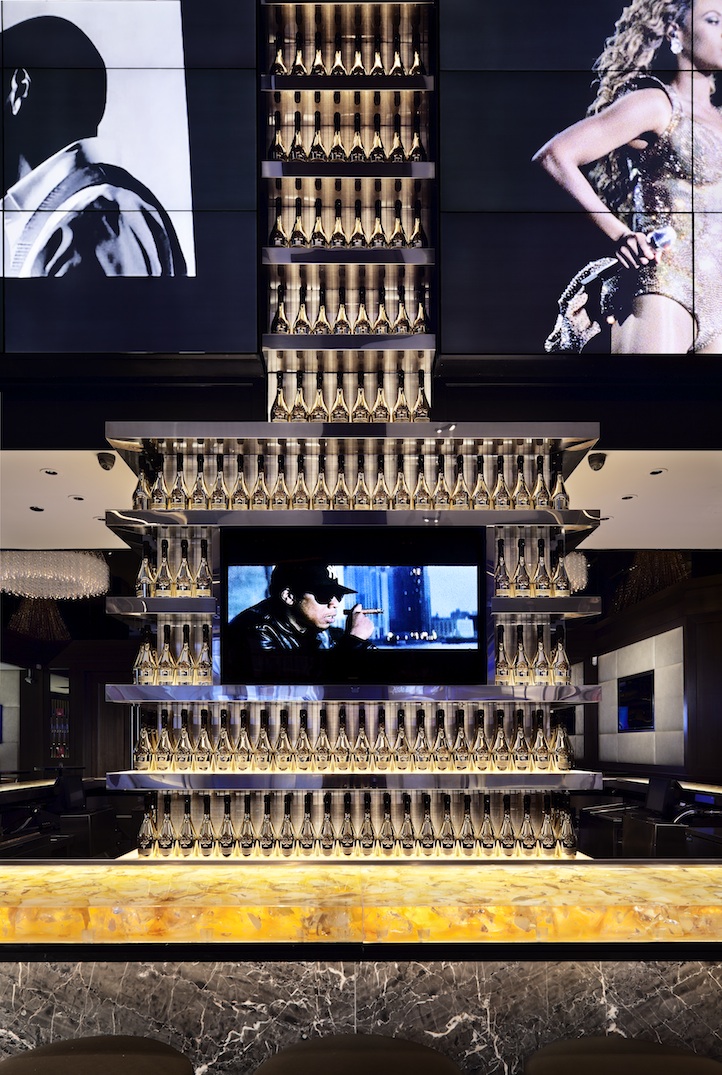 L+T: What were the challenges you faced when redoing the space?
JB: One of the biggest challenges was configuring the space in such a way that every seat has a great view of one of the innumerable televisions as well as the activity within the club. Everyone is in on the action and every guest can feel like a VIP. The fact that VIP rooms are tucked away and not simply cornered off areas in the open floor space of the club allows for a greater feeling of interaction amongst guests. Our take on stadium seating certainly encourages that, in that it solves potential seating issues but also serves as a way to encourage interaction amongst guests.

L+T: Are there any other projects that you’re working on?
JB: We have been extremely fortunate to be involved in a number of really exciting projects at the moment. We have once again paired with the JAY Z brand, and will be designing a new 40/40 venue at Barclay’s Center. There is a multi-venue entertainment complex that is wrapping up in Philadelphia which houses a number of bars, restaurants and retail outlets. We have also teamed up with Todd English for another outpost of his unique and highly successful Food Hall which is slated to open in Chicago. Estratorio Milos in Miami will also be opening soon. There are also a number of hotel projects that we have been working on, as well, both locally and abroad, including: the historic Park Plaza Hotel in Boston; the Fontainebleau Tresor Towers in Miami; a fresh Marriott design in South Beach; and the complete re-envisioning of a luxury historic hotel in Rio de Janeiro.