At 58 years old, Sharon Jones has been giving folks what they want for a long time. This year, for the first time, her efforts are finally being recognized by the Grammys. With the help of her longtime backing band, The Dap-Kings, Jones’ 2014 record Give The People What They Want is up for Best R&B Album.

“It’s tough out here,” she says. “Don’t think you’re going to get out here and just make millions over night and just become a star or a legend. It’s not like that, I’m still waiting. People say, ‘Oh, I see you here or see you there,’ I tell ‘em, ‘Baby, I’m still waiting to see my first half-a-million,’ you know. I’m just glad right now and so grateful to be nominated and that people are listening and recognizing. Listen to what we’ve been doing all these years, not just Give The People What They Want. Go back and dig up Dap Dippin’, Naturally and 100 Days, 100 Nights.”

The long road has been filled with numerous potholes, including a bout with cancer that delayed the album’s initial release. Life+Times spoke with Jones about her Grammy nomination, battling cancer and the difference between soul and R&B. 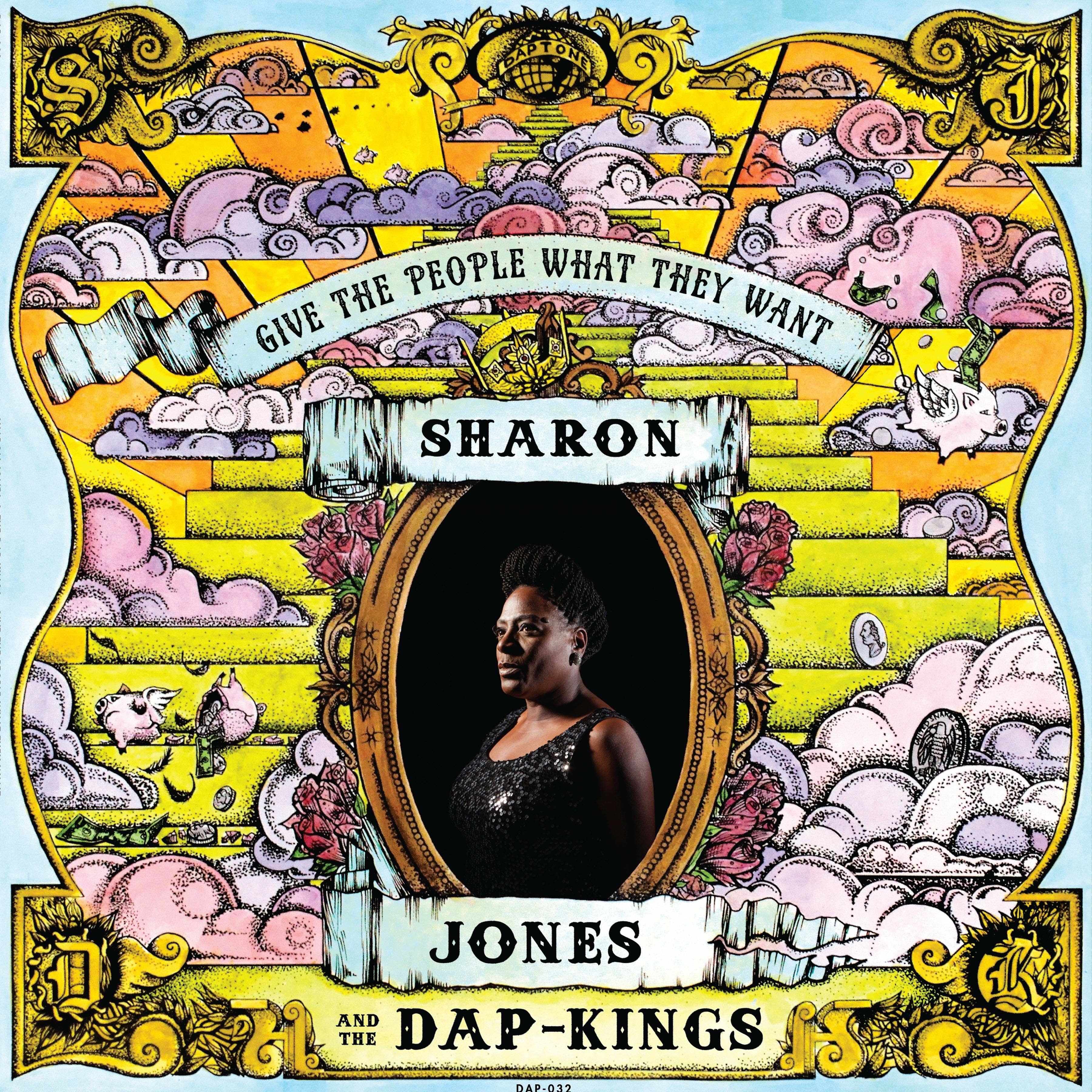 Life+Times: How does it feel to finally be nominated for a Grammy?
Sharon Jones: I’m very grateful, you know, but what they call “R&B” music nowadays, it’s like I’m in a category for pop. They need a category for soul music because I think that’s what we do. We’re soul music. But I’m grateful to be recognized after all these years. Nearly 20 years of doing something and watching people that you’ve helped and inspired and have admired you over the last eight or ten years – to see them study us, go and do one [song or album] and become big names all over the place – and here we are still back here just wanting to be recognized. So I’m very grateful that we finally got to that point. I thank God for my fans. I think a lot of it had to do with being a strong woman and seeing me fight my battle and not giving up, I think that helped in the sense of being an inspiration. That’s why I say, “never give up,” because we’re doing good music and we love what we’re doing. We’ve had such a big fan following basically in Europe, then to finally get recognized [in America] is really heartwarming.

L+T: When you were creating this album, did this feel more special than any others?
SJ: You have no idea, with the making of this album, how many years [it took] to get it out and what we went through in the making of it. Me finally moving in 2010, then my mom moving in [in] 2011, then her [passing away] in 2012, then 2013 here I am battling cancer so all of ’14 I’m going through it. During the making of the album, not only did my mother pass away, but my saxophone player, Neal Sugarman’s brother passed away. Over the years, when the band goes in to record, we’re all there and we get together and come up with stuff. We put some things down, we may not have a chorus or a change but something is down and we can go back at it later. The person who came up with that groove can go back, or someone will come up with an idea for lyrics, this is how we do things and that particular year I wasn’t able to get up to New York because I was dealing with my mother. I missed the first couple of weeks, so when I got up there they already had 20-something songs, rhythm tracks and ideas for vocals, and I just went in and then I find out I’m sick going through the recording. All of that and then now here it is, two-and-a-half or three years later and the album is nominated, so I guess it was meant to be. On the back of the album you’ll see that we have this album dedicated to my mother Ella Jones and Jeff Sugarman. They were guardian angels, that had something to do with it.

L+T: While this was a different recording process for you all, how is it working with the Dap-Kings? Describe the chemistry.
SJ: It may have been differently recorded, but when they put it down they knew what they were doing. They’ve always been there and been supportive, everything we do we try to support each other. I know the band is there for me 100 percent, they’ve got my back.

L+T: To your earlier point, talk about the difference between soul music and R&B.
SJ: People who have been following music over the years, or people in their 50s and 60s, know what I’m talking about. R&B was R&B – rhythm and blues. Now R&B means pop. Even some of the Black singers coming out, like Chris Brown, when they start singing they go into pop. [The Grammys] don’t have a category for soul and funk. If somebody looks at the R&B category and wanna call [our album that], then looks at what we’re doing, they’ll see, “we’ll that’s a little different.” That’s what I mean. We’re soul.

L+T: Is soul music something that’s missing today?
SJ: Yes, it is. It’s missing. Some of the older soul singers that have been around, they don’t have their voices. Charles Bradley, Lee Fields is in his 60s, I’m 58. There are people that are older than us. When they were in their 30s and 40s they did good, then soul music just went [away]. Along came the early ‘80s, the afro left and the jheri curl came in, you started getting slick-backs, El Debarge, Prince came in. That’s when pop came in. Michael Jackson went from a soul singer, like “Oh, baby give me one more chance,” to a pop singer. Then soul singers like Stephanie Mills got pushed aside. Patti La Belle tried to hang in with some soul, funk, grooving music, but then that got pushed out. Then the Mariah Carey’s, Natalie Cole’s, Whitney Houston’s came out and there you go. Even gospel music went. Over the years, things are gonna change. Either you get with the change or you be who you are. We were able to stay true to soul music and stay true to funk and afro-beat, and Daptone and Gabe [Roth] refused to change. That’s why some of our musicians like Tommy [Brenneck] and Leon [Michels] went on to start their own record labels. They all couldn’t stay there because Gabe has his dream and those guys have their dream, some of them want to get into early-80s music; they work with JAY Z and other rappers, they want to do that. With us, we want to keep our music where it’s at at Daptone. As long as Gabe is doing that and as long as I’m able to do what I can – if I can’t do it, it’s time for me to retire, sit back and let someone else sit in my chair.

Sharon Jones & The Dap-Kings’ Give The People What They Want is available now.