She’s a pint size doll spitting rhymes and singing lines amid a crowd of music junkies at the height of SXSW. LA based songstress/rapper Sirah took the stage of the W Hotel Austin with the fury of a freight train and the delicacy of a princess. “I feel like all those East Coast rappers raised me. JAY raised me,” Sirah states pre-set in Austin. Though she left a mark on the music scene with her collaboration with Skrillex on the Grammy Award winning “Bangarang,” her love for music comes from the rawness of hip-hop. “Coming from a hip-hop background… it’s a culture, it’s a lifestyle. No matter what kind of music I’m making, that’s where I start from, “Sirah interjects passionately. “Skrillex at the end of the day is a musician. Whether he’s making computer songs or playing the guitar – he’s a musician. I’m a hip hop fan. That’s where it all stems from.” Her zesty stage performance matches her zeal and forward thinking lyrics as a songwriter. Subtlety is a far cry from Sirah’s reality and mission.

Life+Times: Were you always involved in music? When did you get your start?
Sirah: I was always involved in music. My dad, when I was growing up, he would go on tour, he drove with The Doobie Brothers and stuff. We listened to everything – Sam Cooke, Joni Mitchell, Tracy Chapman, like, just everything growing up…Van Halen, all sorts of things. So, I grew up in a very musical place and then also living in New York, I feel like music is kind of the theme of the city. It’s kind of the undercurrent. 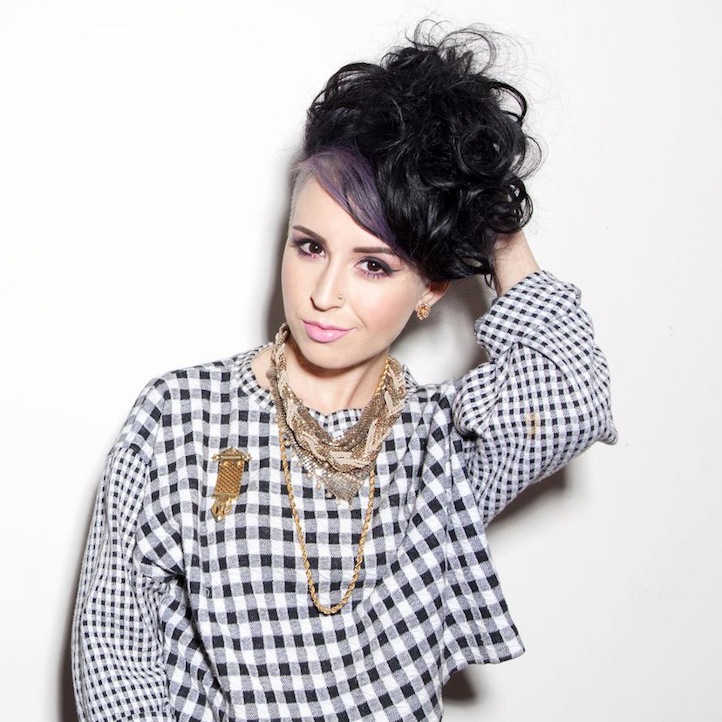 L+T: I agree. What were some of the albums and artists you were particularly fond of?
Sirah: When I was growing up, I loved anyone that had a solid album. For kids nowadays, I’m like, ‘There were things called albums. There were like a bunch of songs and they all went together sort of. It was crazy! It was really wild.’

L+T: Yeah, it is definitely different now.
Sirah: Oh, it is so different. I think Kendrick Lamar is a good example of that, an album. It’s so rare. Everything is so singles driven. For me, I really get immersed with what’s going on, even the songs that are not that great. That’s the stuff that really pieces together what’s happening. Marshall Mathers LP changed my life…Big Pun’s Capital Punishment, Alanis Morissette’s Jagged Little Pill – That is a classic. That was a great record. Jewel’s Pieces of You – great record. I listened to all sorts of things. Joni Mitchell is probably my favorite artist. Even when I didn’t like what they were doing necessarily, like when she went that whole jazz direction – I didn’t really like it, but I feel like at that time you loved an artist for what they did even if you didn’t like what they did. I listened to stuff like Rawkus Records. I really always loved East Coast rappers just across the board.

L+T: What’s next for you in regards to projects?
Sirah: I’m currently working on my full length record with Atlantic [Records]. I’m probably like three years into that honestly. I’ve been working on a lot of things for such a long time. I have a lot of songs, but I’m really particular. Like we talked about, I want to make an album. I think having the resources to do that, like now that I have that platform – I want to make something that’s really consistent that can kind of just last. I’m working on a project with OWSLA. It’s a whole bunch of boys over there. I’m friends with all of them, so it’s super easy; so it makes sense. I made songs with a lot of those kids and I don’t know if they’ll ever come out. It’s just cool because it goes so fast. Like the stuff with Skrillex, it was like, ‘Let’s do it,’ it’s done and ‘bye.’ That’s how music should be.

L+T: Tell me about how your partnership with Sonny (Skrillex) came about.
Sirah: Shout out to Justin Timberlake’s new undertaking. I was on tour in Romania, like six years ago and I got mail on MySpace from this kid, Sonny. He was making this classical, ambient noise – cool, well-written music. I don’t know what it was genre wise. He was like, “I really love what you do. We should work together.” I was like, “Alright, word.” So, I got back to the East Coast, I toured a little bit, then, I went back to LA. We ended up starting to work together. I ended up moving in with him and all of our boys’ downtown in these lofts. Then, we began all working on music. At the time, I had no idea what it was going to be or could be. I’d be writing and it would be like, “Record that into my laptop. Record that into my USB mic.” So, that’s how it happened.

L+T: On a side note, “Bangarang” was huge!
Sirah: Yeah, he called on tour and said, “I want you to write a song about Lost Boys, that feeling, Puck and Peter Pan.” I was like, “Dope, that’s like my whole life. That’s how I live…in a tree.” (Laughs) I wrote a bunch of stuff and I just ended up sending him 16 bars. I was in my bed; I didn’t even close the window. I just recorded straight into a USB mic. I was eating Fun Dip and really not giving a fuck. I didn’t even know if I’d really make it on that song. I sent it to him and I had no idea he made it.

L+T: Rapping, singing, and songwriting – was this something you always wanted to do or did you start out thinking it was hobby first?
Sirah: I was never like ‘I’m going to be a professional musician.’ When I put my mind to do something, I’m going to go to the depth of what that could be. Growing up, I never wanted to do this professionally. Music was different when I was growing up. You didn’t have the Internet as crazy as it is now.

L+T: Any plans for another mixtape? C.U.L.T. Too Young To Die had great reception from listeners.
Sirah: I have a bunch of songs. I’ve just been rapping in the back of my bedroom for the past month in a half because I was in the studio a lot. I was like, ‘That’s cool, but I’m just a rapper.’ I can write songs and all of that stuff when I’m inspired. I don’t really need other people to do that for me or with me. It just kind of kills my spirit. I’m just like, ‘I would never say that. Why would I ever say that?’ There [are] people that have had their songs written for them, that’s part of the music industry. I just really couldn’t hang with that. I had gotten my deal off of songs that I have written myself. I just want to make music that I want to make – whether it’s pop, rap, rapstep, or step on rap.