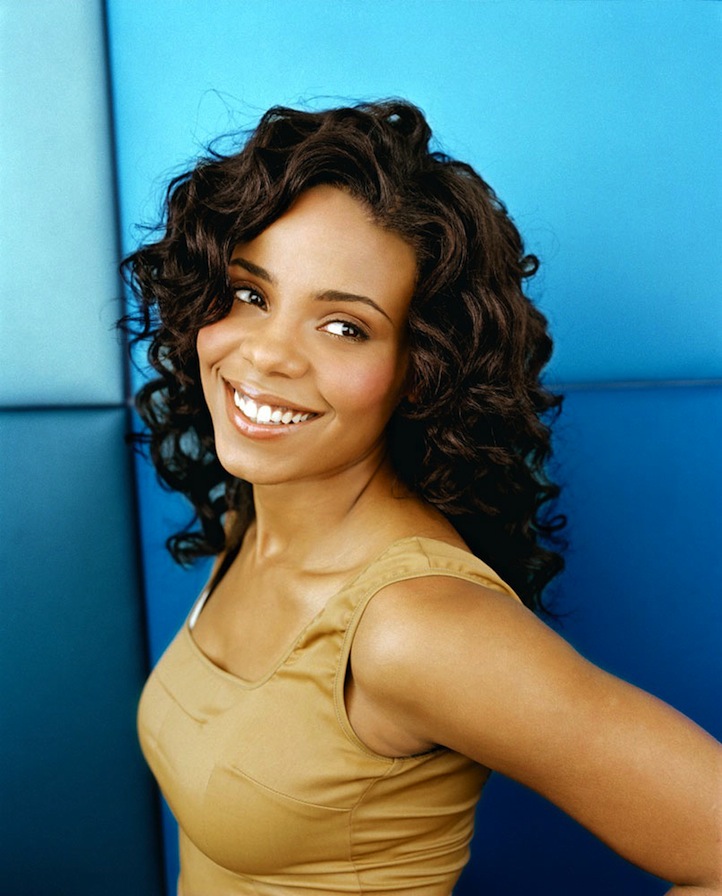 You might say that Broadway runs in Sanaa Lathan’s blood. Not only was the 39-year-old actress born and (partly) raised in New York City—home to the beating heart of American theater—but her mother Eleanor McCoy frequently trod the boards on the Great White Way herself. It was in college that Lathan got serious about following in Mom’s footsteps, joining UC Berkeley’s Black Theatre Workshop as an undergrad and then going on to attend the Master’s program at the Yale School of Drama, the same department that produced such performers as Angela Bassett and Liev Schreiber. After throwing herself into the Off-Broadway scene for awhile, she made the big decision to move to Los Angeles full time, where she alternated stage work with roles in vintage ‘90s TV shows like Moesha and Family Matters and movies like Blade. She crossed over to the big screen in a big way around the turn of the 21st century, nabbing eye-catching parts in the back-to-back films The Wood, The Best Man and Love & Basketball. And in 2004, she achieved her dream of playing Broadway with her Tony-nominated performance in Kenny Leon’s acclaimed revival of A Raisin in the Sun, opposite Phylicia Rashad and Sean Combs.

These days, Lathan crosses easily from stage to screen and back again. Last year, for example, she appeared alongside Rashad and James Earl Jones in a revival of Cat on a Hot Tin Roof that ran in London’s West End. She also recently wrapped a role in the upcoming Steven Soderbergh-directed thriller Contagion opposite Matt Damon and Gwyneth Paltrow.  And for the past two months, she’s been appearing in the well-reviewed show By the Way, Meet Vera Stark at Manhattan’s Second Stage Theatre. Written by Pulitzer Prize-winning playwright Lynn Nottage, the play casts Lathan as an aspiring actress in ‘30s-era Hollywood who works as a maid for a fading white star.

Life + Times: As Vera Stark, you age some 40 years during the course of the play. Is that a difficult transformation to pull off?
Sanaa Lathan: It’s one of the things that terrified me about accepting the role and yet it was also one of the things that really made me want to do it. I believe that when you’re scared, that’s when you gotta jump in and go for it, because that’s how you grow. Vera ages from 28 to 68 during the play and at 68 she’s kind of a drunk. It’s a delicious, juicy role that I get to sink my teeth into and play every night on stage. Our theater is about 300 seats and I love the vibe you get with that kind of a smaller house. You feel like you’re having a conversation with the audience, which is wonderful.

L+T: Period pieces can be a challenge because it’s easy to fall into the trap of rendering the past as campy or artificial. How do you make history come alive in a natural way every night on stage?
SL: Well, for starters, I think the hair and costume people do a beautiful job. And Lynn Nottage had so much research material that she provided us with. The first act is set in the 1930s, so we watched a lot of pre-Code screwball comedies. And then in the second half there are two different periods, 2003—which I’m not in—and the 1970s, which takes place on a Mike Douglas-type talk show. So we watched a lot of YouTube clips of old variety talk shows featuring all those classic diva stars, from Bette Davis to Lucille Ball to Eartha Kitt. And, you know, the play is actually a comedy. Lynn gets her point across through humor; people are laughing during the whole thing and I love that. The play deals with racial stereotypes and the struggles of black actors in Hollywood through the years and she delivers that message with such a sharp comic punch that it really lands. You’re laughing and then you’re like “Wow—this is kind of sad.”