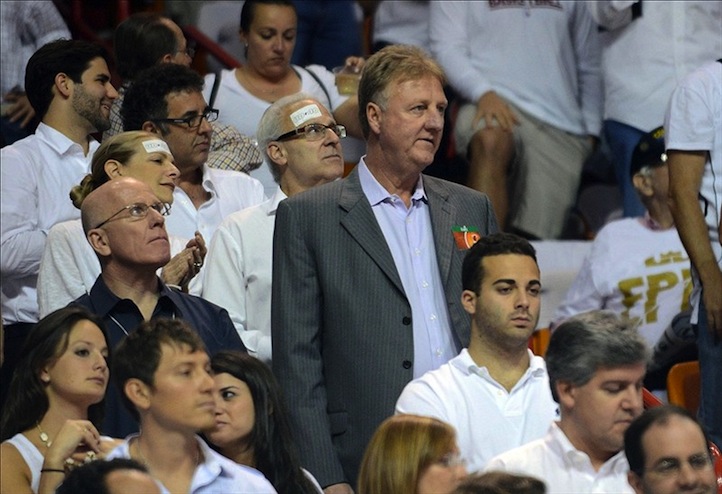 The NBA’s players are the stars and faces of the league, but being great only means so much if you are in the wrong situation surrounded by the wrong people. High-level management then is equally, if not more, important. This year’s playoffs have highlighted this to the fullest, especially given the success of the Pacers, Spurs, Thunder – three small market teams continuing to battle in a sport generally dominated by teams in major cities. Appointing the appropriate coach, matching compatible players, attracting stars, scouting thoroughly and maximizing draft picks have proven to be the formula for success in each of their respective cases.

Larry Bird was recently noted for his managerial prowess as he was named 2012 NBA Executive of the Year (becoming the first person to win MVP, Coach of the Year and Exec. of the Year). The success of this year’s team began in January 2011 when Frank Vogel took over as interim head coach, took control of the team and led them to the 8th-seed in the Eastern Conference.

Bird, who’s been the Pacers President of Basketball Operations since 2003, has drafted well, signed the right free agents and pulled the trigger on the optimal trades. Through recent drafts, the Pacers have acquired several of their current key players: Danny Granger, Paul George, Roy Hibbert and Tyler Hansbrough — that’s three starters and a solid role player in Hansbrough. The Pacers have strategically traded, as well, doing so to pick up Leandro Barbosa, Darren Collison and George Hill all in the past two years. Those great moves were capped off this past summer by the signing of David West via free agency. Thus, despite a limited payroll and being in Indianapolis — not the most attractive NBA city, to be sure — Bird has the Pacers in a position to remain competitive for years to come.

The same can be said of R.C. Buford and the San Antonio Spurs for whom small market success has come to be a routine way of life. In fact, they’re the prototype for this kind of piece-by-piece building with four championships in the last 13 years. Buford, who finished second to Bird in this year’s Executive of the Year voting, along with Spurs head coach Gregg Poppovich have proved to be masters at scouting, scouring the world to find not the best players, but the ones who best fit the Spurs’ needs. Building around their Big Three — Tim Duncan, Tony Parker and Manu Ginobili, all of whom they acquired through the draft — great acquisitions have allowed them to stay relevant contenders since the new millennium began. Trades this season for Boris Diaw and Stephen Jackson, and in past years for have worked out tremendously. In addition, recent draft picks Tiago Splitter, DeJuan Blair and Kawhi Leonard have been winners, as well. Picking up and plugging in role playing journeyman Danny Green, Gary Neal and Matt Bonner, guys who struggled to even make teams elsewhere, no team in the league has done a better job of finding ways to consistently win without having to shell millions of dollars to league superstars. 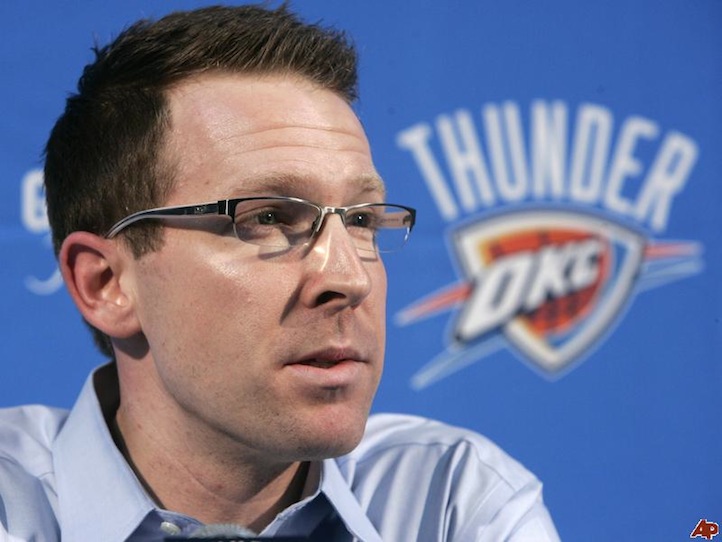 Thunder are not too far behind, though, and it’s no surprise that their general manager Sam Presti, came from the Spurs. Since arriving in Oklahoma City in 2007, he’s hit the jackpot in the draft numerous times, selecting Kevin Durant, Russell Westbrook, James Harden and Serge Ibaka. Efficient trades for Kendrick Perkins, Thabo Sefalosha, Derek Fisher and Daequan Cook have helped round out the Thunder roster, making them the best young team in the NBA.

Not everyone has the big budget of the Lakers, Heat or Knicks to acquire one, two or three major superstars via free agency. Some aren’t desirable vacation destinations like Orlando or Phoenix, or storied franchises like the Bulls or Celtics. Some teams, like Indiana, San Antonio and Oklahoma City are small market. They have to work with what they’ve got and build from ground zero. It’s not impossible, but it certainly requires a more tedious, hands-on approach and when done right, small market teams can be just as competitive as the heavies. The Pacers, Spurs and Thunder are showcasing that now, as all continue to survive and push for a chance at the title.