Sade Adu is hip-hop. Sure, not in the conventional sense, but the elusive artist has remained a name drop by the rap connoisseurs for ages now. Flanked by Sweetback, Sade has crafted a sound that not only withstood the test of time, but arrived better with each return. Sade released their Bring Me Home Live 2011 DVD a short while ago, which was a homecoming of sorts for the band and their leader, having toured for the first time in a decade. In speaking with Sade Adu and Stuart Matthewman, Life+Times learned a lot about what makes this legendary outfit tick. There are the fans of course, the always organic “no-formula” formula, and how a little Drake goes a long way to brighten Sade’s day.

Life+Times: What do you aim to do differently with your live sets each time you tour?
Sade
: I don’t want to be a one trick pony. I like to leave what we’ve already done behind.
Stuart Matthewman: We knew that we were going to have to play a lot of the old songs but we didn’t want to make it into like a Greatest Hits Tour or anything like that. We wanted to make sure that we really covered songs that weren’t expected as well for us to do. So the way that we did that – instead of just playing the songs – we really wanted to do it visually so we wanted every song or every couple of songs to have its own visual theme.
Sade: This time we wanted to do something more theatrical and take the audience somewhere unexpected.
Stuart: Almost like watching a theater production or an opera or something where you can just completely change the stage. And that’s why we decided to have a completely empty stage. We had the rises so the band could come up and down on, which meant that we could leave Sade completely on her own on an empty stage with no equipment, no drums, no amplifications, no monitors, anything to sing songs like “Pearls” or “Morning Bird.” So very early on when we were thinking of the idea of the tour, we wanted to be able to make it a little bit more theatrical, but as in the sets and using screens and curtains and the lighting. That was very much Sophie [Muller] and Sade together. They’ve been friends and worked together since the beginning of our careers.

L+T: Have you noticed a change in your audience over time? What changes were they?
Sade: They are getting younger and older.
Stuart: It’s quite amazing! I mean you’d think as we get older, I guess our audience kind of grows with us. It may be a bit more subdued with this tour, I mean from the very first date we did in France…they just went insane! And America is obviously always an amazing audience. But no I mean yeah, the audience has always been really appreciative and very vocal with it. I mean it’s amazing going to…we played in South America that we hadn’t done before. We played in Rio and the audience there, they just sang along to every song really loudly! It was amazing.

L+T: Amazing! And they don’t even speak English!
Stuart: Exactly, yeah! And this time, you know like our fans have grown with us. You know, they’ve kind of grown older but there’s a lot of younger people in the audience this time as well. Not just people hanging out with their parents! Some 20-year0-olds, some college kids seem to be. I think the history is we got kind of the nod of approval from various hip-hop luminaries and R&B stars. So I think that it’s like “oh wow!” to the younger people who maybe didn’t know about Sade are discovering her, which is great.

L+T: What still keeps you so passionate about making music?
Sade: Well, my passion for music has never waned. There is always a new story to tell. Making music is like life: you never really know what’s round the next bend in the river.

L+T: Over the years with creating this Sade sound, what have you done from a production standpoint to kind of tweak the music as you continue with the times?
Stuart: I think our formula is the fact that we don’t really have a formula. That and we all listen to a lot of music. Being a musician and fans of music, we’re obviously influenced by what’s going on, but we never make a conscious decision to go “oh we should do a track with more hip-hop” or “we should do a track that’s kind of more reggae.” We just do what we do and it comes out in some way. I think if we tried to a hip-hop track or a pop track or an R&B track or whatever it was, it would sound forced. You know we just do what we do and hope that people like it. And obviously over the years our tastes have grown and we just try different things. We have no rules in the studio so anyone is, you know, always open to try anything. Whether it’s messing with guitar or reggae bass line or some strange keyboard thing that Andrew might do or snare drums on a song that Sade might want to try. You know we’re open for anything. But it always ends up kind of sounding like us anyway. 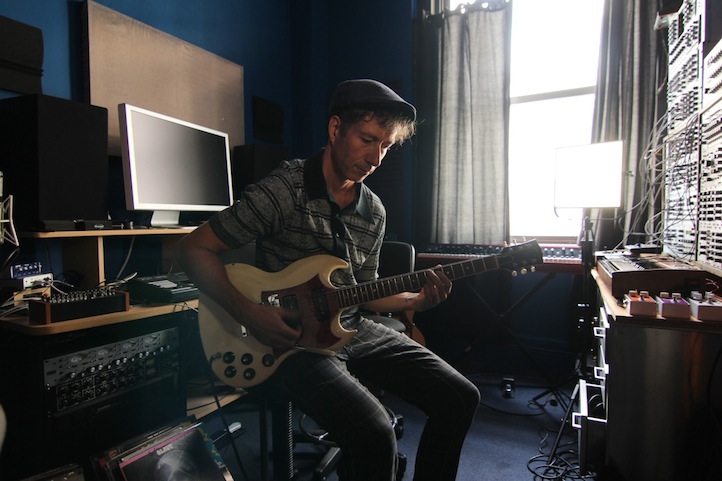 L+T: It’s hard not to, right?
Stuart: Yeah that’s because it’s ourselves as well. Honestly, we’re a little bit amateur in the studio, the way we work. It’s not an incredibly professional way of working, the way that we work, so it’s always going to come out a little quirky.

L+T: Do you think that that preserves the organic quality of the music?
Stuart: Oh yeah, absolutely. I mean often we don’t start probably working or writing until at least after one o’clock in the morning, because at that time your phones will stop. There’ll be no more messaging, people are going to bed. Then we feel we’re completely cut off and we could just get on with doing what we do. And the thing about the way that we write music, the way that we do our songs…is that we never set it up like, “Oh we should do a ballad now” or “we need another up-tempo song” or we should do this or that. We never think about the record company, we never think about friends or fans, we never think about radio. We just do what sounds right to us at that time. So whether that’s the Promise album that was maybe more, a little bit more jazz-tinged. Or Love Deluxe, which was maybe more R&B. You know what I mean? It’s just whatever we feel like. We’re not thinking about anyone else. I know that sounds a bit odd. I do think you should think about the fans but hopefully our fans will grow with us.

L+T: When you finished recording “By Your Side,” did you have any idea that it was going to be so gigantic?
Stuart: No! We were just kind of writing. I mean it sounded very different from what we usually did. You have this guitar kind of squeaky sound, and it was also a little bit more country than what we’ve done, it wasn’t kind of necessarily R&B. And it just seemed like the right song to lead with on that album [Lovers Rock], to go with first. But we had no idea if people were going to get it or not. I think they were a little confused at first. You know like the smooth jazz stations and the R&B stations weren’t quite sure at first but soon, once the actual fans and people actually just liked it for what it was, they kind of had to play it really by demand.

L+T: How do you feel working with Hip-Hop artists or being sampled by them affected your music/career?
Sade: I love when our music is reclaimed to make something new. It’s like musical recycling. I always see it as a compliment.

L+T: Have you encountered any crazed Sade fans? I know they’re out there but are there any that are kind of over the top?
Stuart: Well we have very odd ones. I mean they’re not like, dangerous. There’s a bunch of YouTube clips. There’s one that we found out about. It’s great; it’s this guy from Germany, who I guess he’s a cross-dresser. But he doesn’t look, he’s not…he doesn’t look very feminine. He just wears like latex dresses and he’ll film himself getting ready for the concert like putting on these dresses at home and then kind of films himself arriving at the concert and then he’ll film himself at the concert. So I mean yeah we have such a cross-section of people out there. We love it. It’s great. But we haven’t had anyone too scary. 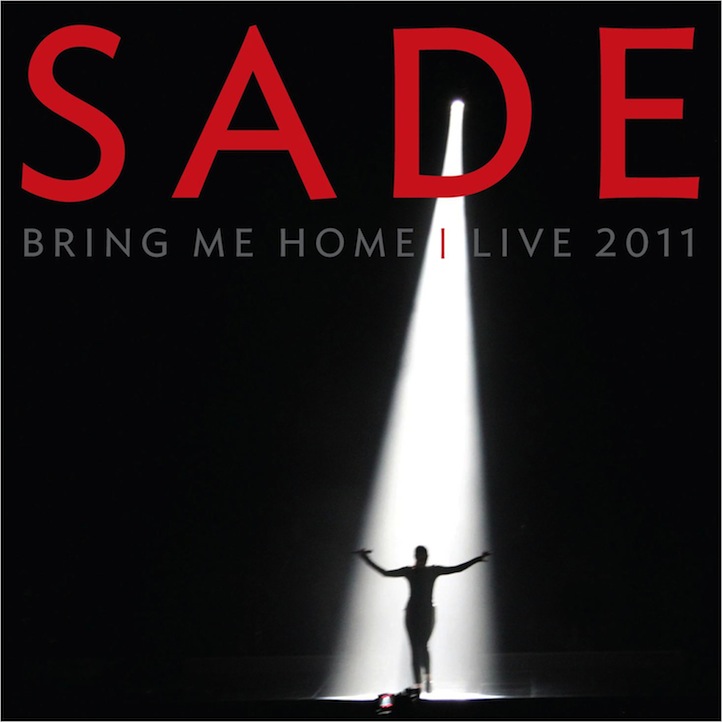 L+T: Is there anything you would change about your career?
Sade: If I could turn back time? I would have asked JAY Z to rap on Soldier Of Love in 2010. There’s not much else I would change-the mistakes I’ve made have made me grow braver.

L+T: So now what’s next for the band?
Stuart: Well we absolutely loved doing the tour. We all had so much fun. I mean it was so rewarding doing the tour. You know the fans and doing such a big stage show at this time in our career and the fans being so responsive, we really didn’t want to finish the tour! But we kind of had to, you know, to do events and various things. I think the general consensus is we can’t possibly leave it that long next time. And also, if we leave it ten years, we’ll never be able to get up on the side of the stage anymore. Those steep steps, we’ll be too old. So we’re definitely not going to leave it that long. When we’re going back into the studio, I don’t know. We’ve got some various bits and pieces to do individually and then we’ll get back together again.

L+T: Who are some artists you are interested in these days?
Sade: Yesterday I was in my car. I listened to Drake’s Take Care and Alison Krauss’ Forget About It. It was a good day.