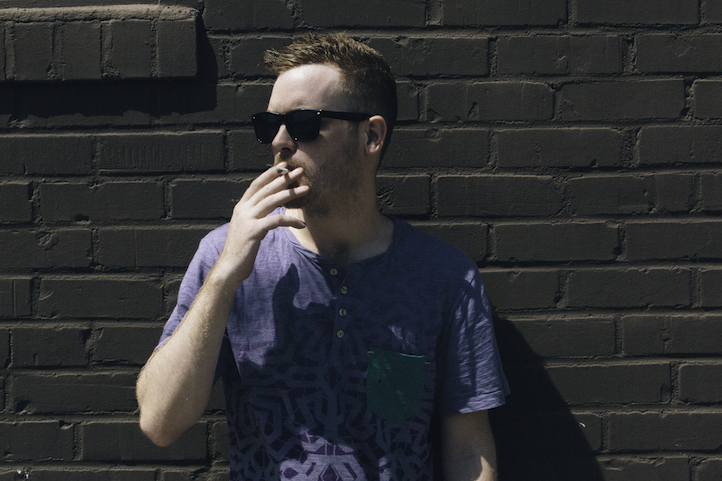 Rusko is a veteran DJ-producer who still has “it.” The “it” being the creative chutzpah to produce music that’s outside of – here’s the kicker – his fans’ comfort zone. As opposed to re-introducing dubstep styling (he’s one of the genre’s pioneers) onto his latest releases, Rusko opted to throw a curveball to his long-time listeners. The last two EPs Rusko released as part of the ! series are what he describes as “completely 100 percent intentional” genre-less tracks. This year has treated the UK-bred artist well. He’s released two EPs, performed at the iconic Madison Square Garden, and is currently on the tail end of his North American tour. In 2015, he will focus solely on producing new music sans gigs. Rusko says, “I shouldn’t call it ‘time off.’ I should call it ‘different time.’ I can’t live without performing music, like, that’s my life. I’ve always done it. It might work, it might not work. Either way, I will be making music all of the time and just hoping people like it. It’s good for the soul. It’s the best thing to do for my soul, I think.”

“I don’t ever, ever want to be more popular than I am now,” Rusko adds. He genuinely means it. “I actually make a conscious effort to not get any more popular, but my management absolutely hates it.” He says this without so much of a chuckle because, again, he means it. His disregard for trends and high regard for musical integrity makes him one of dance music’s applauded pacesetters – whether he’s likes that role or not. Here’s a snapshot of our extensive conversation with Rusko.

“I have to really thank Bassnectar because he’s the one that gave me the opportunity. The cool thing about it is he totally curated the thing himself. There wasn’t any management involved. I was literally just Bassnectar phoning me up from his personal cell and my personal cell and saying, ‘Hey, you wanna do the show?’ It’s very rare these days for a big gig like that to not be arranged by agents, Golden Voice, and all these people, you know. It was quite nice to play a giant show that was actually arranged organically. It was a once in a lifetime chance.

I played a 2005 to 2009 set. Every single track I played was five years or older – so literally ten years in fact which is quite cool. So, every track I played was at least five years old which was really fun because some of those tracks I haven’t even played for five years. Some of them I haven’t even heard for two or three years…I was like, ‘That’s your own music, how have you not heard it?’ (Laughs) It’s crazy. I was putting the set together that I wanted to play because some of them personally I haven’t heard for years. I guess I try to not burn myself out on my own shit really. Which is a good thing, right?”

“I’m actually almost finished with [!] Volume 3. The entire ! series is actually three parts. So, [!] Volume 3 is almost finished right now. The point with the whole project is…to have each one at different tempo in a different speed; each one different sound. I think the whole feel is to make each one as different as possible. I made a lot of tracks. For [!] Volume 1 I made about 12 tracks and picked the 5 out of 12. [!] Volume 2 I picked I think six tracks out of, again, 10 or 12. Each time I’ve been making a lot of music and just kind of scrapping anything that sounds anything like any kind of thing I’ve heard before, if you know what I mean. So, there’s some great tracks that people would absolutely love to hear that sound absolutely awesome, but I haven’t put them on there because they sound a little too much like trap or they sound a little bit too much like house, whatever.

Another idea with this project is that the tunes didn’t necessarily have to be like huge build-ups, giant drops…the whole idea was to not do that. That’s also why there’s no chorus vocals on there. All of my other big singles – ‘Hold On,’ ‘Somebody To Love,’ ‘Everyday’ – had chorus you could sing along to like every single one. There’s not even one track on any of the ‘!’ EPs that has a vocal on it. That was another thing I kind of tried to stay away from making dancefloor music really – like having a catchy woman singing about love and all that stuff on every single tune [and] giant, giant build-ups with some woman singing about how great everything is and a big drop. That’s like every fucking tune in the world. So, I’m trying to do the opposite of that. That’s too formulaic for me. It used to be my track formula for a long time, but when it started getting played out I just go the other way.”

“The entire year of 2015, I will be playing zero Rusko shows. None. Absolutely zero. I will play no live shows and I’m not releasing any Rusko records either for an entire 12 months. I’m gonna work on some entirely different music and not play any shows or anything. So, next year is gonna be kind of different. These random shows that I’m doing right now – the rest of this tour – is gonna be the last gigs I’m doing for at least a year. [It’s] kind of like my last hurrah right now. So, it’s my last hurrah and I’m gonna dip out for a year, do some different music, [and] come back in 2016 with a different approach somehow.

I want to do a whole year just making and releasing music and see if it’s possible. A lot of people say that for DJs it’s not really possible to make a living in this game without playing live shows. So, I want to try and see if I can do that really and just see if I can be a musician. That way I’ll be releasing a lot of music and that’s what I wanna do. I want to put out a record every month and live in my studio. That’s what I want to do in an ideal world. So, I’m gonna do that for a whole year and see if it works out.

People still want to buy music. When I was making these last few records, you have to remember that many, many, many, many more people are listening to your music on headphones at home than they’re gonna be listening to it at a club. It’s such a small fraction of the audience that are actually hearing those tunes in the club. You get so focused on that because all you see. I realize that 90 percent of the people that listen to my music aren’t coming to my shows. If I can spend the whole year releasing twice as much music I think it’s gonna be better for the fans than twice as many shows. A record lasts a lot longer than a gig.”

Do you consider a DJ as a musician?

“Yeah, I probably would, yeah. I would introduce myself as a producer or a songwriter way before a DJ. I actually learned to DJ after I released three or four vinyls. I think I had four or five releases out worldwide before I did my first show. I just literally was a musician-producer and I was like, ‘Oh crap, if I want to survive and do this full-time I’m gonna have to learn how to play shows.’ So, deejaying was something I had to learn how to do really quickly as a way of being able to play shows and perform the music that I really wanted to play to people.”