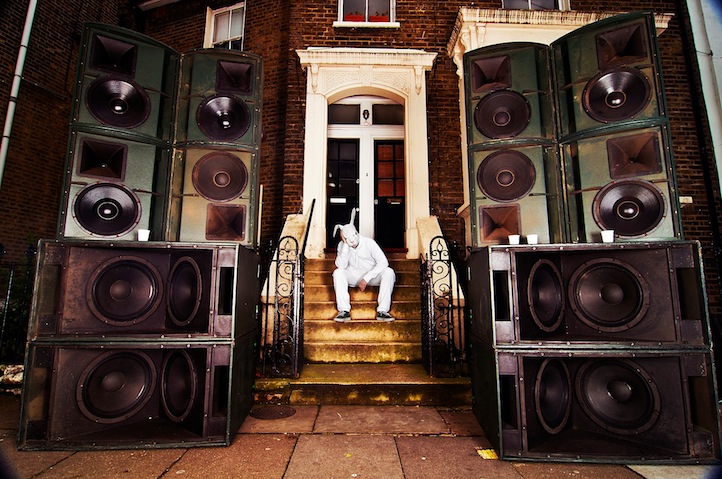 Today’s EDM scene has taken a detour into meddling in unlikely territories. Gone are the days where house music artists stuck to creating a pure house track. Subsequently, more artists are beginning to mix their taste of creative adventure with the EDM backgrounds in which they remain solidly rooted. When electro began its rise in the early ‘80s, funk and soul group, Zapp and Roger, famous for their track, “Computer Love,” combined their soulful sound with the synths of EDM. Who is reviving the blend of soul and dance music? Piers Agget, Kesi Dryden, Amir Amor and DJ Leon are the four members of the London based soul-meets-dance music group, Rudimental. The quartet has received much acclaim for the track, “Feel The Love,” which went triple platinum in Australia and debuted at #1 in the U.K. Additionally, their collaborative track with Alex Clare on “Not Giving In” is also being well received around the globe. With a U.K. debut album release date set for February 2013 and an American tour slated for March, even more accomplishments are inevitable to come. Life + Times caught up with Piers Agget while the group was recording in a friend’s studio in the UK. Here, Agget updates us on Rudimental’s plans for 2013 and breaks down the ideology behind their genre defying style.

Life + Times: How did you four meet?
Piers Agget: Three of us grew up together. Me and Leon went to elementary together and grew up with the same love of music. We met Amir about a year and a half ago in a studio working on some tracks. We really got along well with him. We did a few more tracks together and that’s how “Spoons” and “Feel The Love” came about. The rest is history, really. We go back a long time. Me and Kesi went to college together.

L+T: With “Not Giving In,” “Feel The Love,” and “Spoons” there is an eclectic fusion of drum and bass, soul, house music, and dubstep. Can you tell me about your backgrounds?
PA: Growing up in London, we’re from a place called Hackney in East London. There’s lots of subgenres like jungle, drum and bass, garage and grime when we were growing up. Drum and bass has actually been around since the ’90s, in its early form of jungle. That’s used in our influences. Soul music is an influence as well. People like Marvin Gaye, Otis Redding and then a lot of U.K. grime. It’s all quite eclectic. Since there’s four of us, we all have our different preferences. Kesi is into mostly hip-hop. The Score by The Fugees was a fantastic album that we all listened to. There’s lots of different mish mash of genres coming out. I think growing up in Hackney, it was very cultural. At one end, you heard reggae and at another end, you heard rock.

L+T: Very interesting. That actually led to my next question. I’ve never been to Hackney. So, there is a broad group of people that have different backgrounds in music in that area. That explains your varying interests in music.
PA: Two questions in one.

L+T: Going into these mini movie music videos you and the group have come out with, they are amazing. For “Feel The Love,” how did it feel to work with the Fletcher Street Urban Riding Club in Philadelphia?
PA: In England you don’t see horses in the city like that. It was a crazy concept for us. We had never been to America before. We flew out there to North Philadelphia. It was really cool. They’ve got stables in the middle of the city. It was a really, really good concept. The video fit the song. It was a massive talking point over here [London]. I don’t know what it’s like for other Americans elsewhere, but to us, we did not know that horses were in the city.

L+T:  I started sharing the video with my friends in Philadelphia and they had no idea there was a riding club in the middle of Philadelphia.
PA: A few people we talked to when we were out there that lived in Philadelphia didn’t know there were guys raising horses.

L+T:  With the latest video for “Not Giving In,” it features the life story of Bboy Mouse. Was that a storyboard that was pitched?
PA: I would like to take the credit for writing great videos, but it’s really from a storyboard from a director by the name of Josh Cole. He came up with the idea and we loved it. It had that similar vibe of reality and what we’re about. It sounded great and we didn’t expect it to come out that amazing. It came out like a small movie and it fits the song really well. We got to meet Bboy Mouse over here. He lives in London. It’s a story based on Bboy Mouse’s actual life and how he got out of the slums. It’s just a really great story.

L+T: Earlier you told me about the various music genres that shape the group’s sound. With so many varying tastes in the group, how do you individually play a role in successfully completing a track?
PA: We are all quite heavily involved in the writing – like, the melody, the chorus, the lyrics and the music. We all start from scratch. I’ll be working on one song, and then Kesi and Amir will be working on another song. It varies. Amir is on guitar, I play keyboard, Kesi plays percussions and keyboard and Leon is more on the DJ side of things. Our skills come out when they’re needed and the outcome is Rudimental.

L+T: When can we expect an LP?
PA: We’re working on our debut album. We’re in the studio finishing the album. The U.K. release date is at the end of February. I’m guessing in terms of the U.S.A., it will be around the same time. I’m sure February will be the date for the U.S. release. We are really excited about it. We’ve got lots of different styles on there. It’s not anything like a debut album; it’s gonna have all sorts of genres. There are lots of different vocalists. We’re working with Angel Haze. We got a few tracks with her. It’s gonna have a mix of lots of different vocalists from all sorts of different places that we kind of handpicked. Yeah, we’re just really excited.