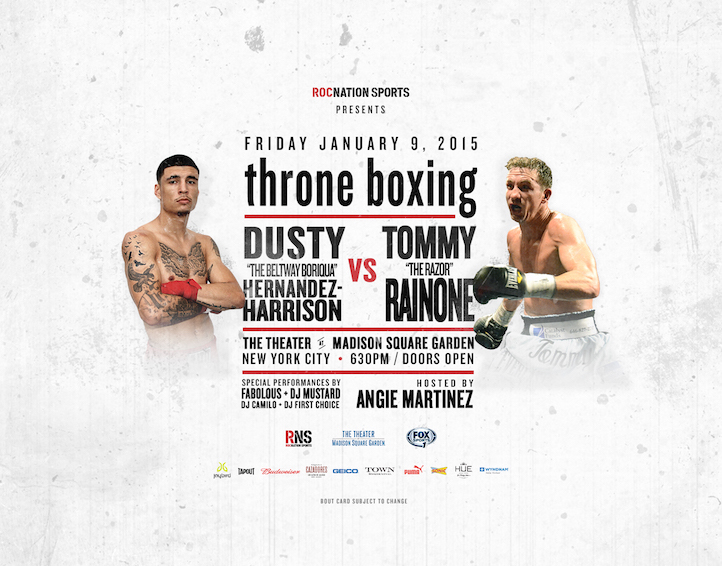 Roc Nations Sports’ foray into the world of boxing will officially begin with the debut of throne boxing on Friday, January 9, 2015 from The Theater at Madison Square Garden in New York City. throne boxing will feature the sports’ brightest young stars in compelling match-ups, including rising undefeated welterweight Dusty “The Beltway Boriqua” Hernandez-Harrison (24-0, 13 KO’s) vs. Long Island’s own Tommy “The Razor” Rainone (22-5-1, 4 KO’s) which headlines the January 9 event.

In addition to the great action inside the ring, the January 9 edition of throne boxing will feature several notable Roc Nation touches that will further serve spectators with an enhanced fan experience, including live performances by key Roc Nation artists and talent.

One dollar for every ticket purchased for the January 9 edition of throne boxing will be donated to the Muhammad Ali Center.

Tickets are on sale December 9, 2014 at 1pm EST and can be purchased at Ticketmaster.