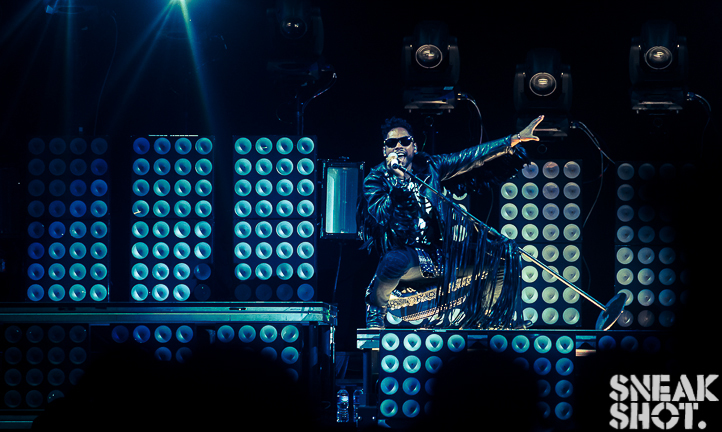 By law, the easiest way to spot a “down ass chick” is by her willingness to stand in the pit of a concert and take the ass-whooping that ultimately ensues from the blanket of violently eager fans that cloak the front section of a venue. That’s where live photographer Victoria Ford resides. The Washington, D.C. native cut her teeth working with hip-hop artists like Bahamadia, but found her true calling behind the lens. “My love for concerts is what kickstarted my love for photography,” Ford says. Her mother was instrumental in that love of music, bringing young Vickey to her first concerts (New Edition and The Jackson’s Victory Tour). “The lights, music and dance routines, all that energy was overwhelmingly beautiful to me,” she recalls. “I wanted a way to capture that memory and each and every concert I attended that need grew stronger, my love for one fueled my love for the other.”

Ford started Sneakshot Photography with the tagline: “Capturing music the way I see it.” And that’s exactly what she does. Victoria’s photos embody the true essence of the live music circuit. From sentimental moments while gripping a mic during poignant songs in an artist’s career to housing suspended animation in the midst of the most aggressive flashes in an artist’s performance, Vickey is there with her camera. It’s not the easiest job, clearly, and gender does in fact play a role. “It’s interesting, there are a few of us [women] but only a few which still strikes me as odd,” she admits. “My stories from the pit range from: Why am I the only woman here? to Damn it, man! Where are your manners! I’ve been pushed and shoved, had a soda can thrown and land on my back, was groped by a member of a popular rap outfit.” That’s par for the course when true passion is involved. “It’s part of the territory,” Ford adds. “You have to be able to hold your own.”

There’s a fundamental difference when it comes to live and still photography, and Victoria says it comes down to the energy. “Still photography – I feel the photographer creates the photo. The photographer is in control of the lighting and placement. Where as Concert [Live] photography you are capturing the artist(s) in their performance element,” she says. “You have no control over what you capture, you are living in the moment and time. You are capturing a moment that people will remember or wish they were there for.”

From hip-hop to R&B, Rock & Roll, and simply world-renown DJs doing what they do best, Victoria Ford shares some of her best photos with Life+Times. Take a moment to attend one hell of a concert. With free admission. For more information on Victoria Ford’s photography, check out her site here.