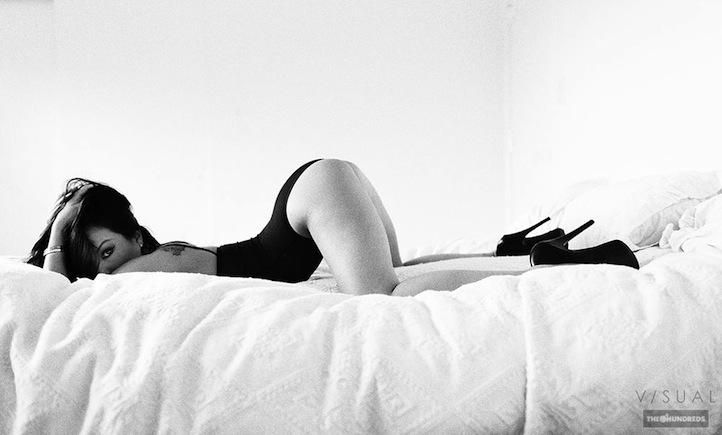 It isn’t often that a love of skateboarding, plus a job in the Adult Film industry equals a career as a photographer, but for Van Styles that’s exactly what happened. Applying all that he’d learned throughout his unusual path to photography helped craft his very signature style. Though he’s mostly known for his penchant for shooting hot chicks (mostly porn stars) in streetwear, Styles has decidedly shown he’s no one-trick pony. “I believe a photographer should be able to shoot anything and have it translate through their lens,” he says. He recently partnered with The Hundreds for his #NotBadForAPhotoShow exhibit and Visuals series, with both collaborations having explored Styles’ various styles as a photographer. The LA-based director, photographer and all-around skate culture enthusiast tells Life+Times why he approached photography with a skater’s mentality, how he accidentally transitioned into photography and why he doesn’t have a favorite model to shoot.

Life + Times: What did you want to be when you were growing up?
Van Styles: A professional skateboarder.

L+T: I read somewhere where you said skateboarding changed your life. How so?
VS: I started skating in ’92 long before its recent popularity, big contests and corporate involvements. It was underground and you did it because you were drawn to it. You loved the lifestyle, the culture, the act of doing it – everything. Skateboarding taught me to look at things differently. The whole point of getting into it back then was because you didn’t want to be like everyone else. Skateboarding taught individuality. It was a creative outlet one could do on their own whenever they wanted. No coaches, no teams, no rules. I think once you have skating in your life even if you don’t do it as much as time goes on you carry over that mentality of doing things differently to every area in your life. It just so happens I have adopted it to photography. 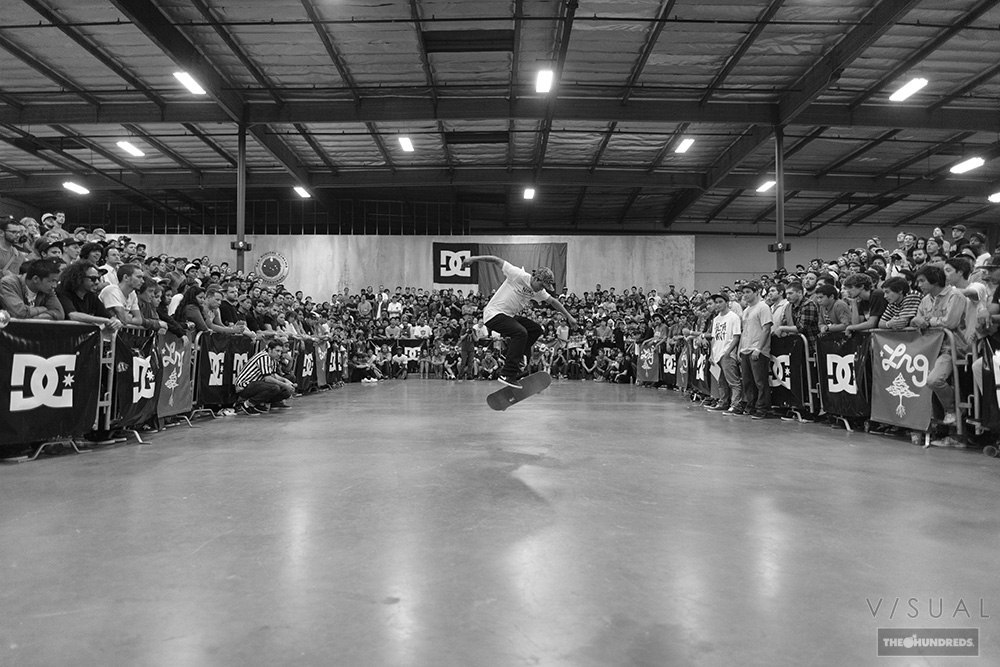 L+T: How did you get into directing?
VS: I was running a skateboard camp for kids out in the valley. A gentleman by the name of Christian Mann had his three sons enrolled in my camp. The youngest of the three informed me of what his father did and I was a little blown away since he did not register to me as someone who owned an, “Adult Film” company. Shortly after, he approached me with the idea of producing a skateboarding porno. I was 21 at the time, so as you can imagine this idea seemed like a fun adventure to me. When I asked what was required of me he broke it down into just simply putting it together. He wanted this project to have an authentic feel from someone who actually skates versus someone who was on the outside looking in. With that I produced Skate Trixxx and it was well received. Shortly after, he offered me a job working at his company. After learning I had some background with videography in skating the idea of me directing came up. Now being that I was 22 at the time, I just saw this as a wild and crazy path to go down – so down the rabbit hole I went. 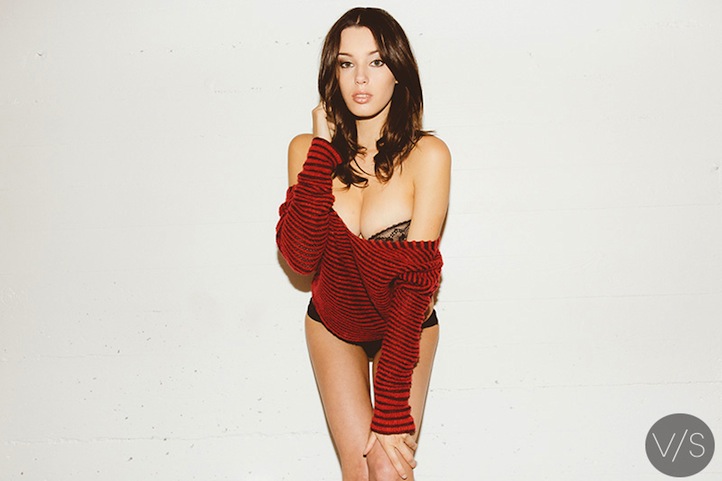 L+T: How did you get into photography?
VS: I always had an interest in photography. When I started doing my own productions I had to hire a crew with a photographer being one of them. If the schedules didn’t work out it was a bitch having to reschedule everything. I was making some good money at this point, so I thought why don’t I just do it myself. I went out and bought a photo camera and started teaching myself. As time went on I started bringing my camera out everywhere and shooting different things like my friends skating or landscape stuff.

L+T: With you coming from the Adult Film industry, have you at times found it difficult to make the transition into photography? Have some people or outlets tried to not take your work seriously as a result of your background?
VS: Not one bit. I think it is how you approach things. I have always been very professional when it comes down to shooting and working with models. I think a good photo is a good photo regardless of someone’s background. Plus I wasn’t trying to break into photography. I was simply doing it. With platforms like my blog, Tumblr and Instagram I was simply just sharing it with whoever wanted to look at it. I wouldn’t say they didn’t take me seriously, but I was quickly billed as the guy who shoots girls. Which isn’t a bad thing, although I believe a photographer should be able to shoot anything and have it translate through their lens. I love to shoot street photography and landscape stuff, because it is fun and I think it helps keep you on your toes to shoot stuff outside your comfort zone. 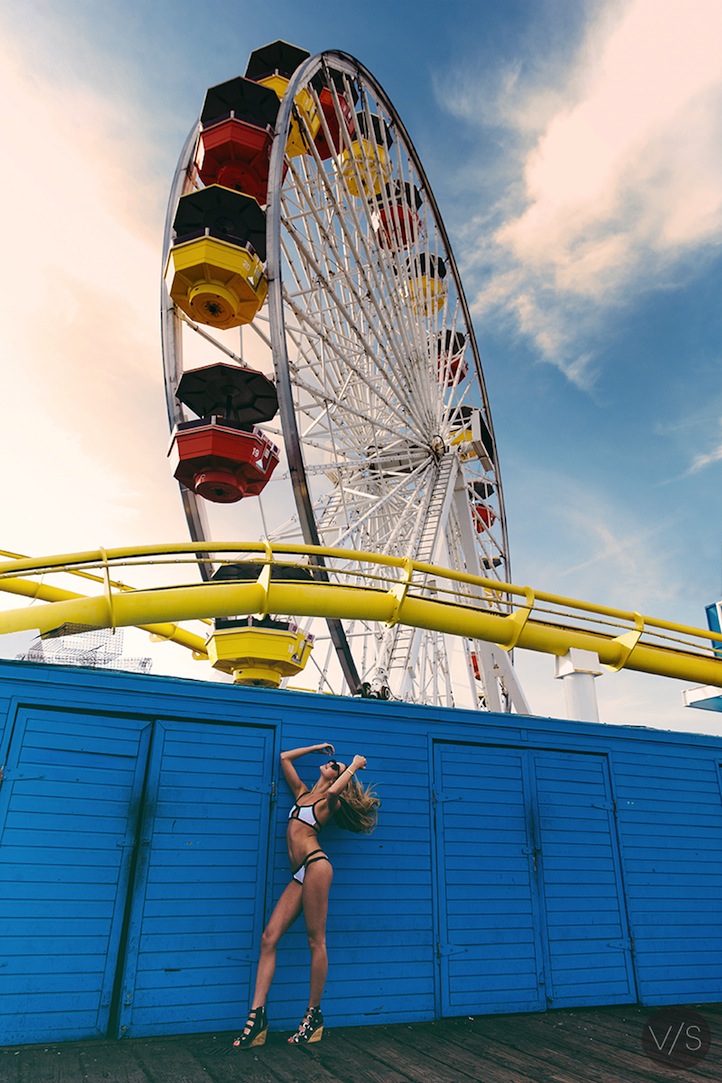 L+T: You’re known for shooting Adult Film actresses in streetwear. How did that become your signature style?
VS: Well the Adult Film actresses I was shooting are my friends. We would link up and shoot on our own time and rather than do photos they have done a million times before I approached them differently (that’s the skateboarding mindset taking play). I figured I would like to shoot them in brands I am into. I try to give people who are fans of these girls some different imagery to look at versus the same expected stuff.

L+T: How do you choose the models for your shoots?
VS: Just off their personality and looks. But more their vibe I would say. I think when shooting with someone it is good to work with people comfortable in their own skin and willing to give themselves to the photo.

L+T: Your #NotBadForAPhotoShow exhibit featured previously unreleased shots of street photography, landscapes and variety of other things beyond pretty girls in streetwear. What was the inspiration behind the exhibit? How did it come together?
VS: Ben Hundreds had approached me about doing an exhibit at their pop-up shop located next to their actual store off Rosewood. I hadn’t done a show in L.A. yet so I figured why not. I have some unseen material and thought it would be an opportunity to present some of my other works. I guess the inspiration was to just show something different. To do shows featuring just girls over and over would get redundant and I don’t want to fall into that.

L+T: How did you link up with Primitive Apparel for the MIA/LA collection?
VS: I have known the guys at Primitive Apparel for sometime now. Jubal Jones who is the head Creative Director over there approached me about the idea of going to Miami and shooting some local models out there. The approach would be to take a L.A. photographer who has a different approach then most of the local guys out there and present these girls in a different light than the norm. I was with it once it was explained to me. I am all about creating a new angle on stuff and it is even better when it is with your friends.

L+T: What’s next for Van Styles?
VS: Just more traveling, taking more photos and my new apparel line V/SUAL, which will focus on photo tees is dropping this month. 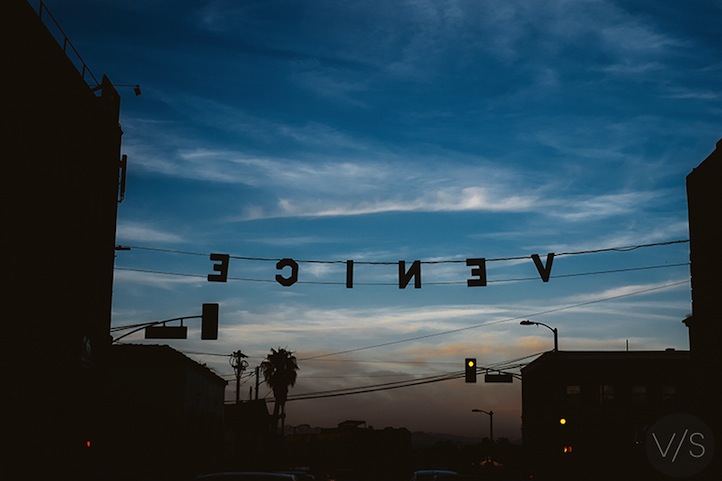