“I watched history being made on countless sessions,” says Michael Miller. The photographer has been documenting West Coast hip hop through his photography and has photographed everyone from N.W.A. to YG. What began as an accidental career as a fashion photographer soon led to Miller becoming one of the most heavily sought-after photographers throughout the world of hip hop. Over the course of the last 25 years he has produced photographs for over 500 album covers and not only for rap legends, but also for prominent pop, rock, country and jazz artists.

Outside of music, he’s photographed some of Hollywood’s finest like Angelina Jolie, Jack Nicholson, and Cameron Diaz, and has shot campaigns for internationally recognized brands like Ferrari, Puma, MTV and Stussy. Also, he’s released the coffee table book, West Coast Hip Hop: A History in Pictures and is currently prepping the release of his next book, Love West Coast Girls, which will feature images of musicians, athletes, actresses and models.

Here, Michael Miller tells Life + Times the stories behind his photographs of some of hip hop’s most iconic artists like 2Pac, Snoop Dogg, Eazy-E and others. 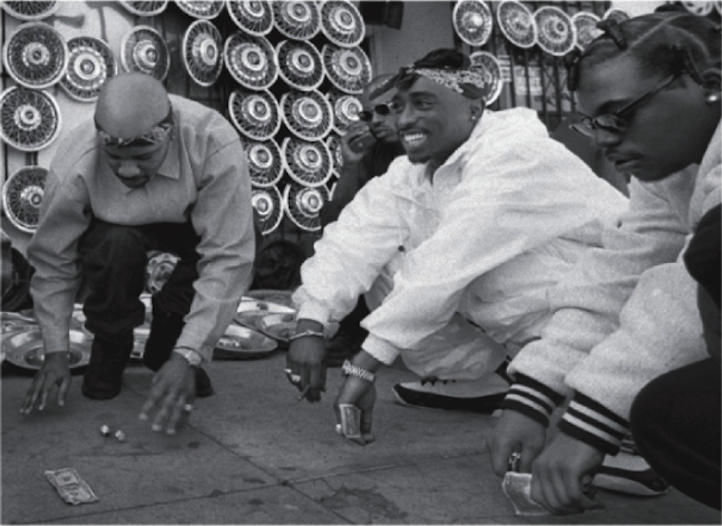 “When I photographed this album cover for Pac my concept was to keep him animated like a movie. This location was in a gang neighborhood off Western in South Central. Unsuccessfully, I tried to shoot in the morning to avoid any commotion.”