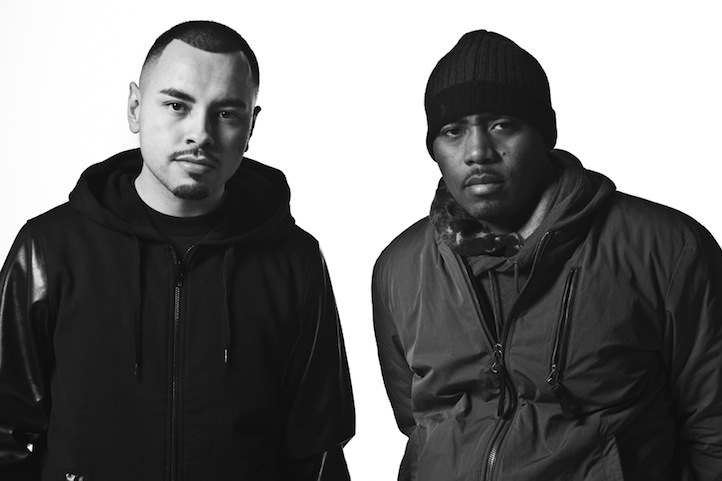 It’s safe to assume that celebrity jeweler Ben Baller has inspired tons of kids looking to live the life of a “baller.” It’s just not everyday that you’ll hear of Baller’s balling leading to one of them to a career as a photographer, but for Jorge Peniche that is how the story goes. Though Baller did somewhat spark his interest in photography, Peniche ultimately credits his career choice to destiny. “Fate would steer me into the world of photography,” he says. Not one to fight fate, Peniche has completely embraced photography. His heavily Hip Hop and LA influenced style has been used for campaigns featuring some of Hip Hop’s biggest acts including legends like Nas, DJ Quik and some of California’s finest young stars such as Kendrick Lamar and Tyler, The Creator. Life + Times talks with the young LA-based photographer and graphic artist about how he got into the game, who he looks to for inspiration and working with legends like Nas and DJ Quik.

Life + Times: Is it true that seeing Ben Baller’s “baller” lifestyle sort of led to your interest in photography?
Jorge Peniche: I suppose that holds some truth to it. As a young and impressionable 18-year old entrepreneur admiring Ben’s flossy lifestyle through his posts on NikeTalk.com, in some regard, it was my introduction to the game. I then met Ben Baller through a series of events and introductions that in turn led to what has become my career as a photographer and director. Ben Baller later introduced me to DJ Skee, who later introduced me to The Game. The rest as they say is history that remains to be written.

L+T: One of the first major artists you shot was The Game. How did you link up with him?
JP: DJ Skee introduced me to The Game in 2006. DJ Skee brought me into the picture to shoot The Game and the Black Wall Street camp while they were working on The Black Wall Street Journal Vol. 1. At that time I was considerably inexperienced and fresh into the game. I had no formal training or background in photography. I had a camera in hand and an opportunity, so I made sure to capitalize on it. From that studio session on I continued to document Game’s journey as he worked on his sophomore album The Doctor’s Advocate. This introduction and project unintentionally kick started what has become my photography career. 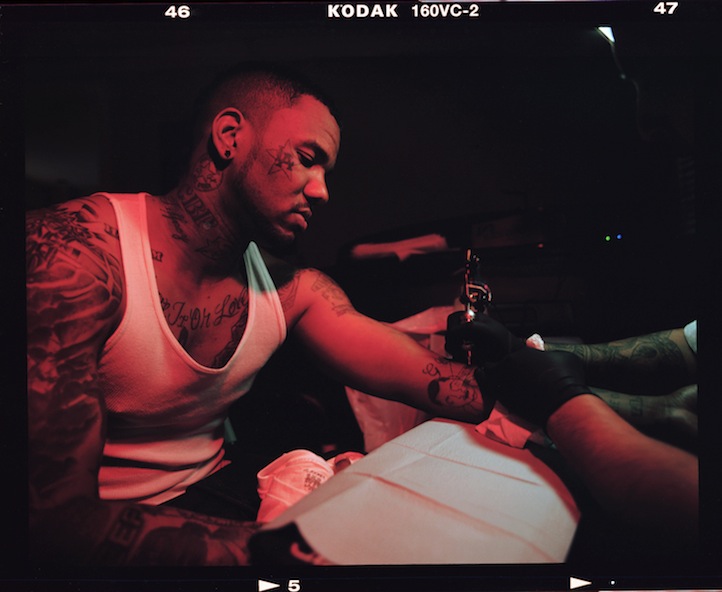 L+T: What was the moment where you realized photography was absolutely your passion?
JP: I realized it was my passion and calling almost immediately. A lot of things at that point in my life were uncertain in regards to career path. I was trying to figure out what exactly I was going to do. Fate would steer me into the world of photography, documenting the culture I’ve most admired and prized. My place and responsibility in the world aligned and everything started to make sense. Once I understood what I was meant to do, I never looked back and have kept pushing forward full steam ahead.

L+T: Your style is heavily influenced by Hip Hop and LA culture. Was that always your goal? Or did it just happen that way?
JP: It just happened. Art is a reflection of life. Therefore my photos are my interpretation of the world and people as I see it and live it. Hip Hop and LA run through my veins and it’s reflected in my work. I have a huge appreciation for the culture and I feel it’s my responsibility to give my visual interpretation of the culture through my eyes and heart.

L+T: As you got more and more into photography, were there any photographers you looked up to or referenced for your works?
JP: I am a student of the masters such as Annie Leibovitz, Mario Testino, Helmut Newton, and Herb Ritts to name a few. These are individuals who have dedicated their life to their work as photographers. They are at the top of their class, the undisputed heavyweights who consistently have created and still create iconic images that represent the culture and world that has flourished in the last century. They strive for perfection and their creative genius is motivational for me, because they understand their purpose as photographers. These individuals share an insatiable drive to create images that are powerfully artistic.

L+T: In your opinion, what qualities or elements are necessary for a great photo?
JP: I don’t focus too much on the technical elements when it comes to photography. I feel that like any other great piece of art, it has to make you feel something. It’s about energy and emotion. My intention with my work is to be honest and I want my portraits to reflect that. Furthermore, I seek to give people an intimate look that they’ve yet to see anywhere else. Those images aren’t created overnight. They’re developed through relationships with the subjects you shoot. 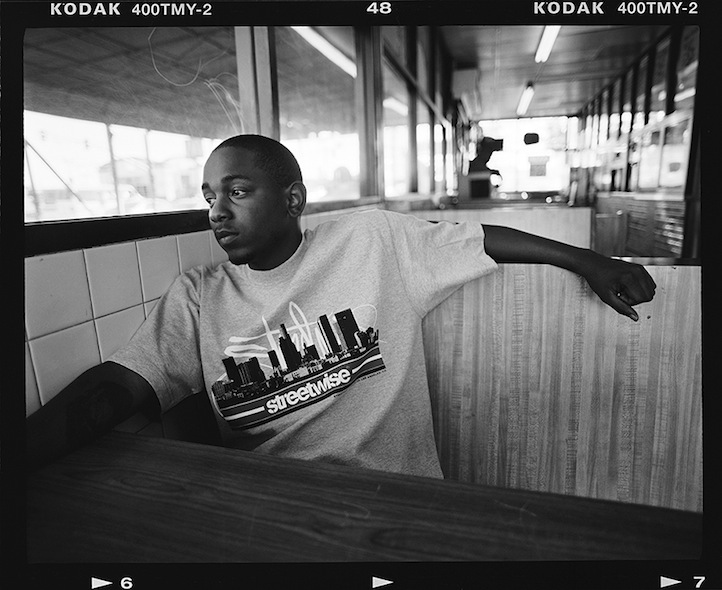 L+T: You’re also a graphic design artist. You’ve worked on projects for DJ Quik, Nipsey Hussle and Schoolboy Q. How did you get into graphic design?
JP: I’ve always had an affinity for the arts since I was in grade school. I was introduced to Illustrator and Photoshop around the age of 10. My older sister Marcela was majoring in graphic design in college and I would always tag along to her afternoon class. I sat in the back of her graphic arts class for a free lecture on these programs that have become instrumental in my career. I was fascinated by the marriage of technology and art and how programs like Photoshop brought them together for a harmonious marriage to create things that were visually amazing. From that age forward I honed my talents and with practice have created a respectable body of work with some of Hip Hop’s most promising talent.

L+T: You shot and designed DJ Quik’s The Book of David artwork. Was working with him a big deal for you? Were you a big Quik fan growing up?
JP: DJ Quik and LA are synonymous when you grow up here. His voice is unmistakable, his production is classic and his body of work is legendary. He’s a slice of LA and the soundtrack to my childhood. My first time shooting with Quik was actually for a publicity shoot I did for his former management company. I got to work with two legends that day, Quik and Suga Free. Our day started off at a hair salon in Paramount, California and ended at the Barbary Coast – a fine hood strip club if you’re ever in Gardena. A couple months after the shoot I was asked to design the artwork for The Book of David. We took a minimalist approach to the art with a face-driven cover in black and white film, complimented with subtle red text. It was reminiscent of the font found on an SSL mixing board monitor. I used that font intentionally to pay homage to the technical genius that Quik is known for when it comes to sound. The icing on the cake for this project was a huge billboard on Sunset. It was my first billboard ever. Definitely something I was able to check off my bucket list. 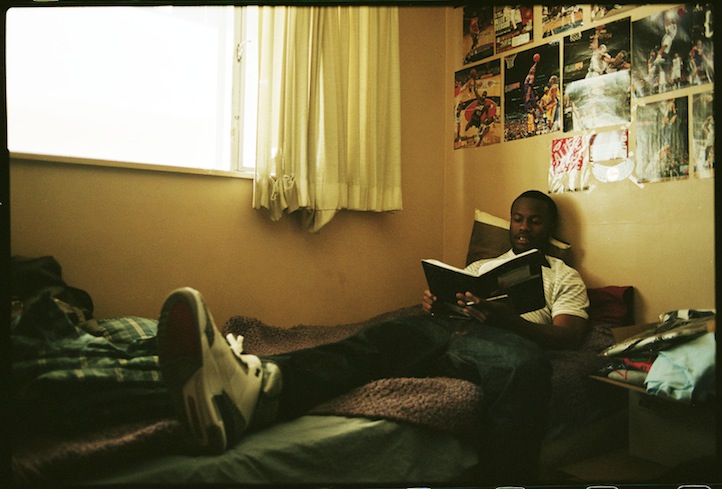 L+T: You’re a great example of how successfully building relationships can open doors. How important have the relationships you’ve built been to your career?
JP: Relationships are everything in this game and in this world. I didn’t grow up wealthy or have any family or friends in this business. There’s been no handouts or free passes in my career. Everything that I’ve built thus far has been developed through relationships with real people. What I mean by this is that I make my intentions clear with people through my business, my work and by the way I treat everyone. I don’t value people more because of who they are or what they’re worth, but rather for the person that lies behind the celebrity and fame. The artists I work with appreciate that and return the love tenfold. This has allowed me to grow in the business and also have people respect my work and me as an individual.

L+T: Could you tell us about your pLAyground emoji project?
JP: The pLAyground emoji project is an emoji language for iPhone and Android that is currently in development under my creative company pLAyground App$, which I co-own with my friend and business partner, ArcherOne. The first app we’re releasing is actually #pLAypix, which is a fun photo overlay app that features some of our characters that will be included in our emoji language. We’ll also be selling exclusive artist sticker packs with Nipsey Hussle, Dom Kennedy, Freddie Gibbs and a couple other heavy weights. My very talented partner ArcherOne is the mastermind behind all the one-of-a-kind illustrations. He’s one of those talents that in a year from now people will be talking about a lot. I’ll just leave it at that. Following the release of #pLAypix this year, we’ll release the highly-anticipated #pLAygroundemoji language, which will feature over 300 never before seen emoji characters such as Hood rat, Double Cups, Tacos and much more. I think our slogan best describes what we’re doing and why we do it. “Everybody doesn’t speak the same language. Why should you?” The smiley face of the 1960s will be respectfully buried this year. Make way for the Goon, Hood Rat and House Shoes. Leave your generic emoji icons at the door.

L+T: You recently had a shoot with Nas. What was the shoot for?
JP: That’s correct. I had the privilege of working with the legendary Nas for a billboard for high-end salon in Atlanta named Salon Ramsey. I was commissioned for the shoot without being told who the talent was. Once they revealed his name I automatically started brainstorming. The shoot was scheduled for a week from the day I agreed to shoot the billboard. Preparation for the project went down to the last minute. Decisions on whether it would be shot in LA or New York, whether we’d use a female in the shoot and what the concept would be remained the topic of discussion. I caught the flu two days prior to the shoot-date. Fortunately, I sweated it out and when the shoot came around I was at about 50% better, but still ached and pained. Nonetheless, I knew the show must go on. Nas arrived at the East LA studio – where we shot – only to find out that he too had the flu. It was all too fitting that both of us had the flu. I sympathized with him knowing how he probably felt and I assured him that our shoot would be short and sweet. Within 30 minutes we had our billboard. I could best describe this experience as ILLmatic. Pun intended.

All photos courtesy of Jorge Peniche.