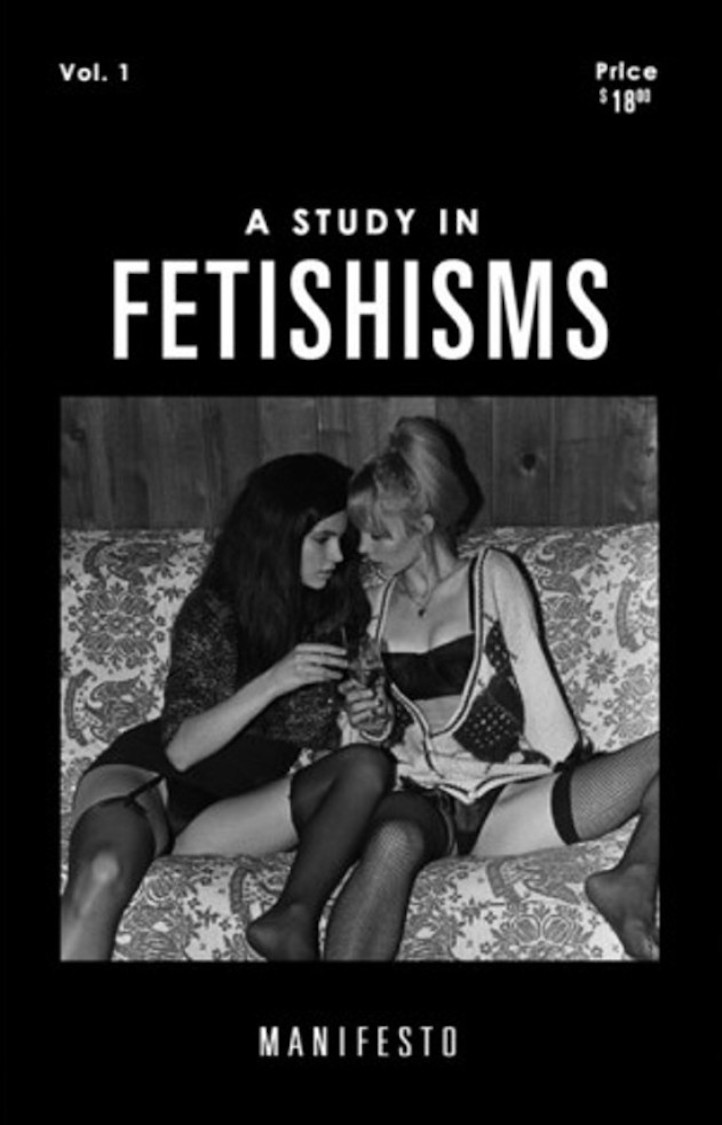 Here, Jonathan Leder talks with Life + Times about how A Study in Fetishism: Manifesto, Vol. 1 came together, shooting models early in their careers, and why he prefers analog photography to digital photography.

Life + Times: What was the inspiration behind A Study in Fetishism: Manifesto, Vol. 1?
Jonanthan Leder: Amy and I had been doing all this work together and ended up with all these pictures that we wanted to get out there in front people. Back in the early Fall a book dealer that I work with called me saying that he had a box of magazines for me. He knows I like vintage adult publications. Amy and I ended up finding a handful of what seemed like adult art publications from the1950’s or ’60s. Seeing those became sort of the spark that made us think that we should do this.

L+T: What was it about “fetishism” that made it feel like the appropriate title for the direction you and Amy wanted the magazine to go in?
JL: It had been a word that sort of had been sticking around in our heads for a few months. It covered everything, because of the fact that everyone is into different things. What you might like might not be what I like and what I find totally normal may be strange to you. It’s sort of interesting, because it sort of globally encompasses everything. It means different things to different people and that was sort of one of the nice things about it. Everybody has a different thing, let’s face it. We’re all human. The word is open in the sense that it’s not judgmental. 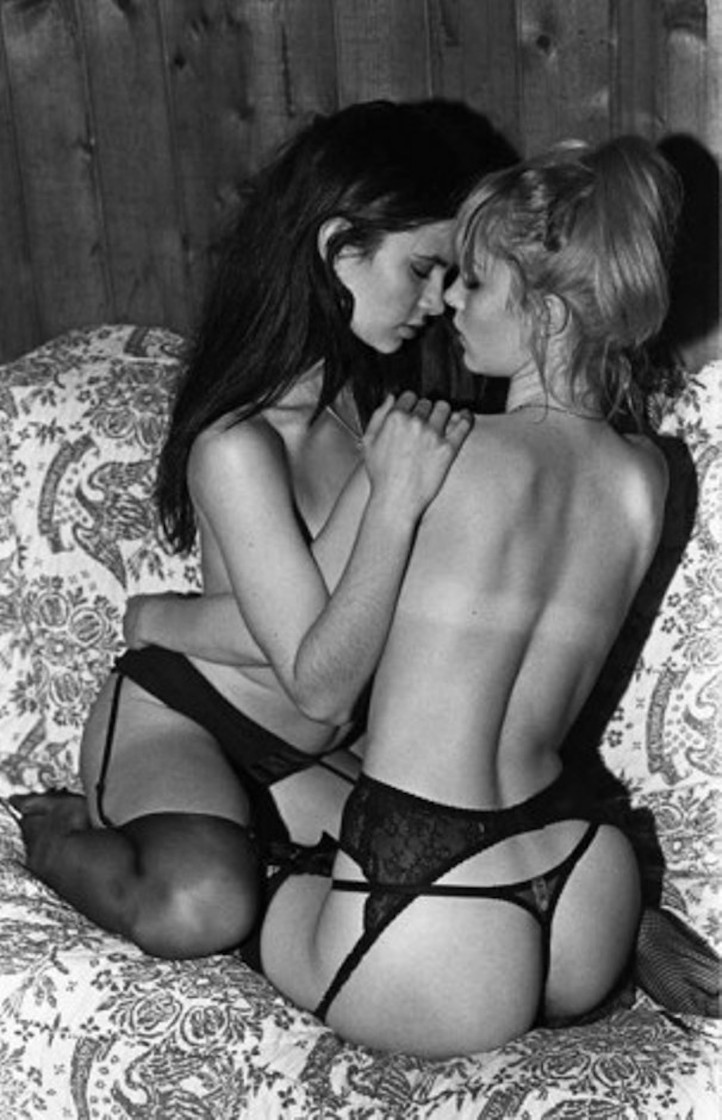 L+T: I’ve read that you prefer to shoot unknown and sometimes even amateur models over the more established models, yet this first issue features someone like Emily Ratajkowski. Why did you decide to include her in the issue?
JL: Yeah, but when I shot her she wasn’t as well-known. It’s been a really big year for her, but it’s only been a year. I shot her before she did the “Blurred Lines” video. I think all she had done was iCarly as a teenager when I shot her. I don’t know if I’d shoot her now per se. I do think that I catch most of the models early on in their career. I was the first to shoot a lot of these girls. I like that element of discovery. I’m not interested in shooting someone already famous. Part of the reason I prefer shooting newer models is because models that are working all of the time get into a sort of a model-y routine. They don’t always have that honesty that comes with lesser experienced models. That awkwardness that accompanies someone not use to being photographed is charming. That slight awkwardness makes the shots more charming and less commercial.

L+T: How will Fetishism preserve the artistic-aesthetic found in those vintage adult publications and still keep consistent with the demands of today’s adult publication market?
JL: It’s kind of like walking up to the very edge of that cliff, but not going over that cliff. I don’t think we ever go that far and if we do go that far it’s with a certain irony. We’re fully aware that we’re pushing those boundaries. I do think with porn or more porn-leaning stuff a lot of the time they aren’t thinking of the psychological aspect of being turned on by something. I’m not a sex expert, but I am old enough to understand that being attracted to someone or being turned on has to do with the psychological element. A lot of the time what you don’t see is just as important. With porn or more porn-leaning stuff they’re just showing everything. It’s entirely too much. We do leave a lot to the imagination. Also, a lot of things have to do with quality. I love the early Hustler‘s, the old Clubs and of course the old Playboy‘s and what’s so strange to me is that it’s really difficult to find stuff of that quality nowadays. 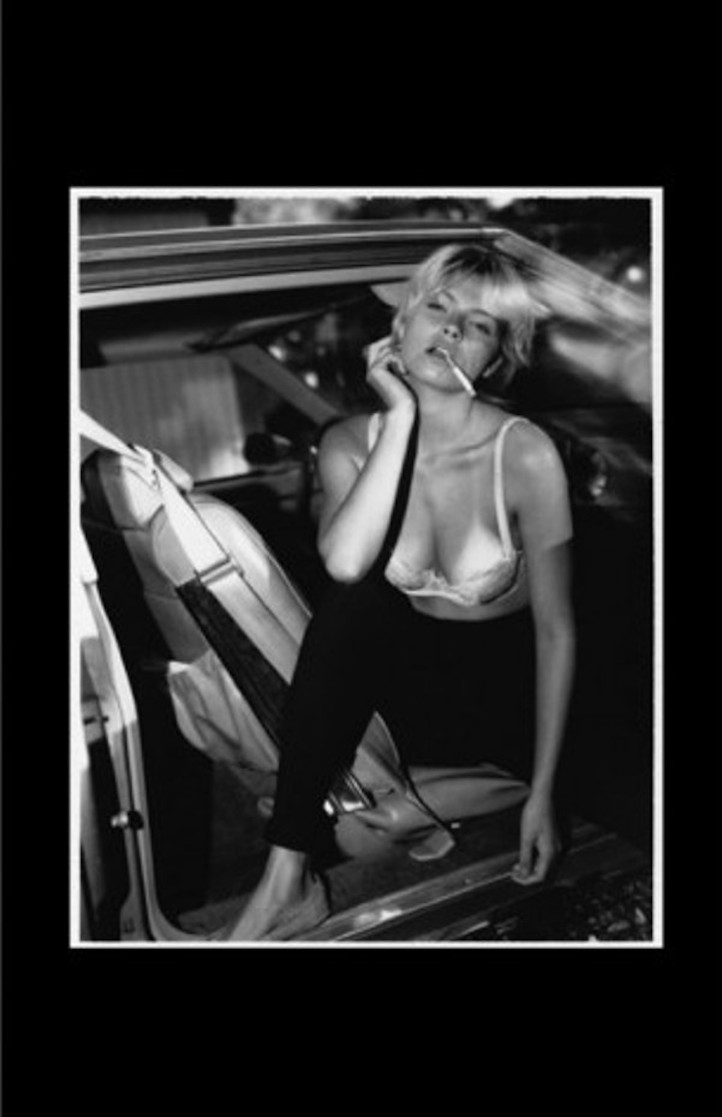 L+T: This isn’t your first magazine. You were also behind Jacques Magazine. How did your experience with Jacques prepare you for Fetishisms?
JL: The biggest issue with Jacques Magazine was having to compromise. Today, most magazines are based on the advertising. We tried that formula with Jacques, but it just didn’t work out so well for us, because when you’re involving nudity it becomes a very grey area for advertisers. They don’t want to be associated with nudity. With the advertising formula the problem is you can’t do what you want. I just wanted to make something where it was like “fuck it.” I wanted to make something that we could just do what we wanted to do with. I wanted something where there were no limits, so if it’s a great idea we’d just do it. When we started Fetishism it was very clear from the beginning that we were not going to have advertising at all, because we wanted that freedom.

L+T: The photographs featured in Fetishism are free of retouching and digital enhancements. Why is that?
JL: All of the stuff that we shot for Fetishism is either shot on Polaroid or analog film, Amy and I processed the film in the lab and we scanned the negatives. I don’t really like the quality of digital photography. A digital picture is really quite different looking than an analog picture. In my opinion analog is far superior. Also, it’s less time-consuming to just reshoot the model then it would be if we’d try to digitally alter the shots.

L+T: You’ve described Fetishism as being a “new breed of adult publication.” What separates Fetishisms from the other adult publications?
JL: The quality and production value is pretty high and the casting is extremely good. We have pretty great women in there. We aren’t afraid to shoot the stuff other people may stay away from. We’re not apologetic. We’re not trying to sell you anything. I think the straightforwardness of it is what will make us so attractive to people. It’s just pictures of attractive women in a unique sort of setting. Most of things I’ve seen on the market are so commercial and so watered down that it’s a bit painful.

L+T: What inspires you as a photographer?
JL: Amy inspires me. Different things inspire me or more or less the same things. 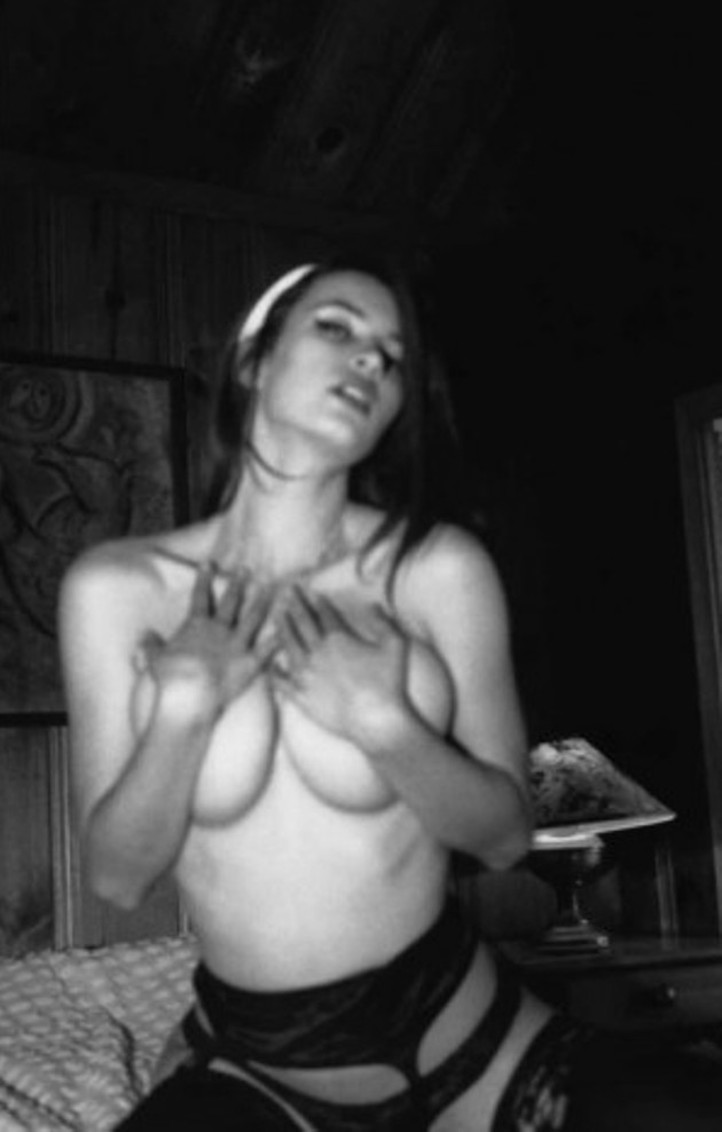