Though his father was a celebrated photographer, Estevan Oriol‘s connection to photography wasn’t immediate. It wasn’t until after he spent time as a tour manager for hip-hop groups like Cypress Hill and House of Pain that he found a love for being behind a lens. The photographer and director began his journey while capturing life on the road with the rap acts and has since gone on to photograph actors, musicians and athletes including Forest Whitaker, Adrien Brody, 50 Cent, Robert Dinero, Snoop Dogg, Floyd Mayweather and Lance Armstrong, as well as shoot videos for Linkin Park, Cypress Hill and Blink 182. He’s also been known to document gang life and tattoo culture. Here, Life + Times takes a look through some of Estevan Oriol’s most memorable photographs. 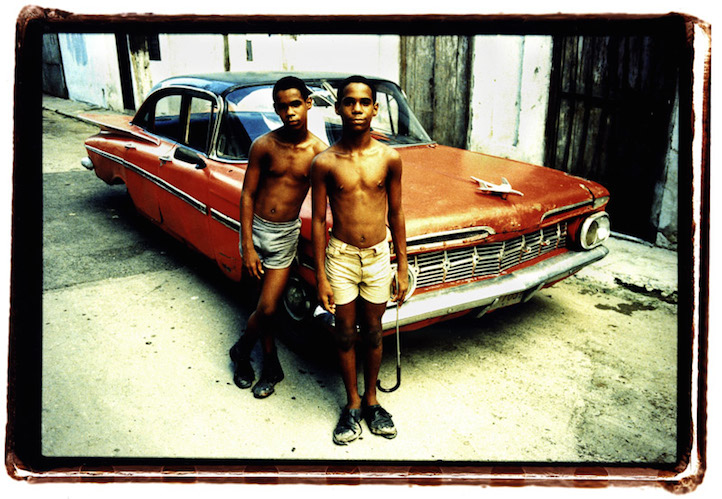 “I was in Cuba shooting a book documenting the hip-hop culture in Havanna. We were walking down the street and a bunch of kids were playing soccer. These were two of the kids and they turned out to be twins. I asked if I could take a quick picture of them by a car that was in the street. I tripped out on their soccer shoes.”