It’s evident that Atlanta’s music scene is currently alive and well. Recent releases from newcomers like Young Thug, Rich Homie Quan, and Migos, and veterans like T.I. and Jeezy have helped to continue ATL’s reign as one of hip hop’s most dominant and influential regions. All that is bubbling in the streets of Atlanta is being well-documented and photographer, Cameron Kirkland is playing a major role in that. Better known as Cam Kirk, the young photographer began shooting while attending Atlanta’s Morehouse College and has since produced works for the likes of T.I., Jeezy, Estelle, Future, Schoolboy Q, Monica, Curren$y, Tank, 2 Chainz, and many others. His shots of some of Atlanta’s finest have been featured in magazines such as Complex, XXL, Vibe, and The Source and online outlets likes Rap Radar, 2 Dope Boyz, and Illroots. Here, the Maryland native tells Life + Times the stories behind some of his favorite shots. 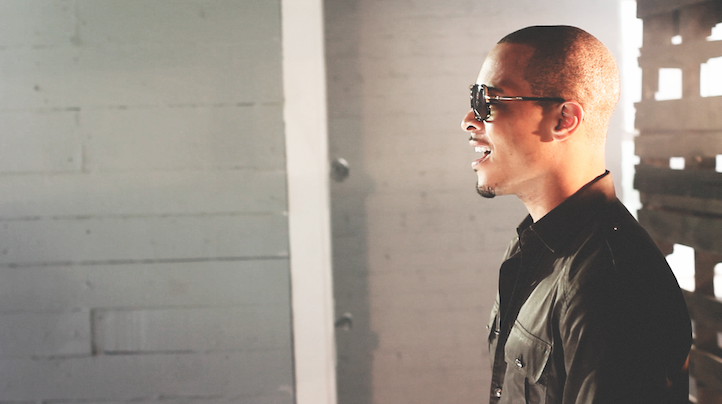 “This picture was taken on the set of Tank’s “Compliments” music video. I was hired by Atlantic Records to film behind-the-scenes for the video. This was my first time meeting T.I. He’s one of the most down to earth celebrities I have ever had the privilege of being around and working with as a photographer.”