Toronto-based Ajani Charles is a professional photojournalist and cinematographer. Influenced by the likes of Nabil Elderkin, David LaChapelle, Annie Leibovitz, Hype Williams and others, he views photography as a medium for self-expression, and feels it is the ideal art form for capturing the beauty found in people, objects, and landscapes. His photographic documentary, Project T Dot, which will chronicle Toronto’s hip hop scene through a wide-ranging collection of intimate and dramatic black and white photographs is slated for a 2016 release. Here, Ajani Charles tells Life + Times the stories behind his photographs of some of hip hop’s most prolific stars, which includes Drake, Snoop Dogg, Nas, Big Sean and many others. 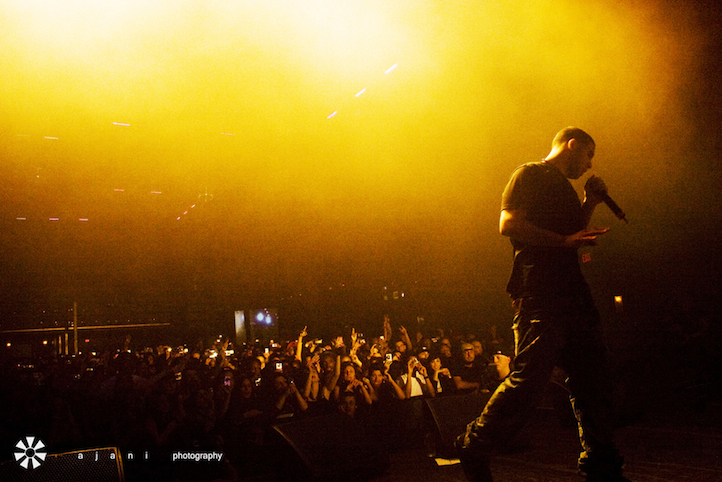 “This is of Drake performing for a sold out Toronto crowd for the first time in his solo career. This was after the release of his critically acclaimed and Grammy-nominated So Far Gone mixtape. I captured a defining moment in Drake’s career and a historical moment in Toronto hip hop. I was well-aware of what Drake was capable of before So Far Gone was completed, because I had been documenting Toronto’s hip hop community since 2006 and I had formed a friendship with Boi-1da. The pictures I took during his performance that night were intended to highlight the artist’s electrifying talent. Drake owns a framed print of this particular shot.”