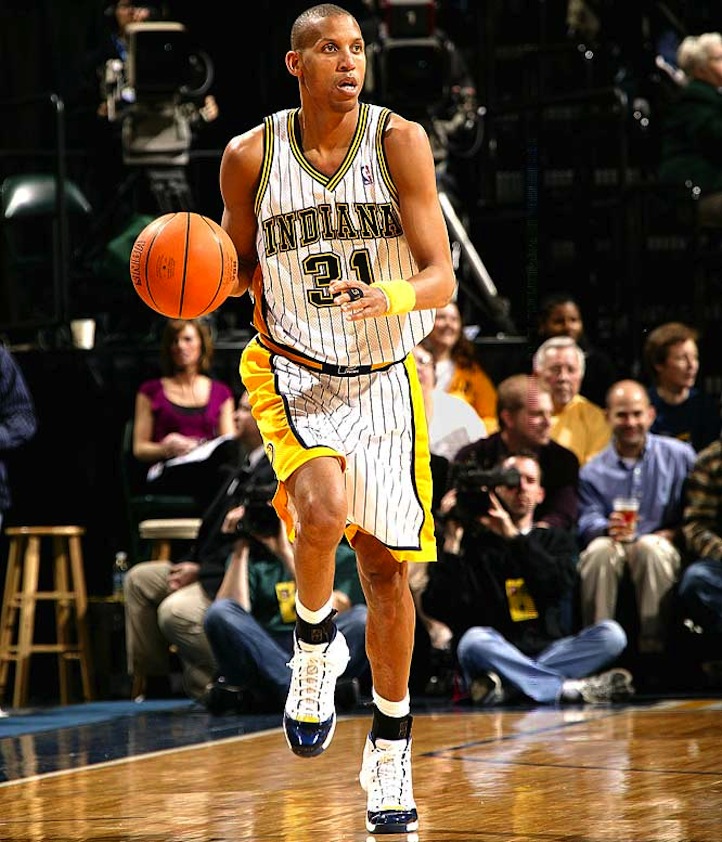 If you’re a Knicks fan, at one time you probably hated Reggie Miller. You still might. Many others – fans and players, especially John Starks – likely share those same sentiments. To Pacers fans, he’s now their savior, but even many of them booed him the day he was drafted 11th overall in 1987, ahead of hometown favorite Steve Alford. Regardless of where you stand, after dedicating 18 years of his life to the Pacers organization and the NBA, you’ve got to at least respect him.

“He’s the kind of guy, when you play against him, you want to smack him,” New York Knicks legend Patrick Ewing once said. Ewing, of course, who was on the receiving end of some of Miller’s most thrilling moments. “We’ve had our battles, we’ve had our wars,” he said, “I have the utmost respect for him.”

As does the NBA and the game of basketball, as today, he’s be inducted into the Basketball Hall of Fame in Springfield, Mass. It’s deserved, no question. Miller was a five-time all-star; 1996 Olympic gold medalist; scored 25,279 points (14th all-time); and connected on 2,560 three-pointers (second, all-time). Moreover, his 18 years with one franchise, the small-market Pacers, is admirable, especially given today’s loyalty-deprived climate. He took them from the depths of the Eastern Conference to multiple Conference Finals and one NBA Final.

Beyond statistics though, he was a showman, master trash-talker and one of the games most clutch performers at his best when the stakes were highest (often on sports’ largest stage, Madison Square Garden): in the playoffs. He scored 30-plus points in the playoffs, 30 times in his career. Always embracing the drama, seemingly getting better the more he talked (especially to Spike Lee). He provided fans with great theater on top of a great game, relishing the role of the villain.

Check out some of his top playoff performances, including 1994 and 1995 against the Knicks, and 1998 against the Bulls.