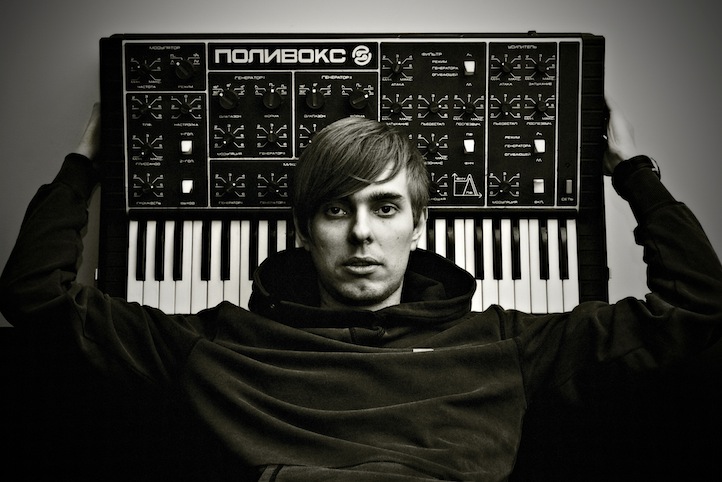 Russian based producer, Proxy, is a far cry from ordinary. He’s been approached as the remixer of choice for tracks from acclaimed artists such as The Prodigy, Moby, and Boys Noize just to name a few. He ended 2012 with the release of Music From The Eastblock Jungles-Part I and is kicking off the start of the new year with its follow-up aptly entitled Music From The Eastblock Jungles-Part II (due out 2/11/2013). Both albums consist of a progressive concoction of electro techno and drum n’ bass. Without losing the modernity of his production, Proxy includes the raw sounds that inundated the ‘90s UK rave scene. “As far as my stylistic influences, I look to what has historically been most effective in delivering massive amounts of energy. UK rave and DnB are two such pillars, but they required rebuilding,” Proxy states. His engagement in such reconstruction has resulted in an experimental sound atypical to EDM’s current scene of dubstep and trap.

Life + Times: In 1997, you attended The Prodigy’s Red Square performance in Moscow. What is the significance of that particular set in regards to your life as a DJ/producer now?
Proxy: I attended the performance and bore witness to a change; not in my conception of music, but the change I saw in the crowd – which went from a celebratory gathering to a ravenous mob. I feel I have succeeded in refining this form of control in the sense that I do not require people to have been force-fed my media image in order for me to crush them.

L+T: Were you already a fan of electronic dance music prior to attending that particular show? What artists were you into?
Proxy: At the time, music seemed little more than dim background dressing. It was consolation for the weak-minded, an enticement for the ugly to rut. As such, I was no more into individual artists than one would be into a particular brand of drain cleaner.

L+T: As a child, were you involved in music? If so, when did you get your start?
Proxy: As a child, I did nothing but absorb the oft-grim reality of my surroundings. The result was Proxy, so the child did his job. I began making music after acquiring a synthesizer. There is nothing more romantic to it than that. Narratives are designed to comfort. I am meant to destroy.

L+T: Tell me about the Russian electronic dance music scene. Do you find that the crowd is fairly open to hearing new music?
Proxy: Outside [of] my circle of initiates, I am largely unaware of my country’s music scene. I am prone to fits of melancholy, so to consider the most base attempts to replicate already base music is to tempt blackest despair. I would hope that Russians are open to hearing new music. For far too long, we had to be contented with the stagnant bilge produced by a culture of eager vermin.

L+T: What made you decide to split your latest project into a two part series? Was there a particular catalyst behind the concept?
Proxy: A single release would have been excessive. There is little to be gained from annihilating what is already dust. Furthermore, there was no catalyst behind the concept because there was no concept. Concept is decadence. Decadence makes you a deserving target.

L+T: You are planning a tour around Australia along with a few stops in Europe. Do you plan to come to the States?
Proxy: I was recently in the United States, although my tour was curtailed due to visa issues – which in Russia are akin to shackles with the appetites of a thousand venal bureaucrats for locks. I do plan to return, if only because whatever I do to them will be shrilly echoed the world over.

L+T: Lastly, I end my interviews with DJs with the following question: Do you consider a DJ as a musician?
Proxy: The DJ who needs to be thought of as a musician saddles us all with his sad, abstracted insecurities. If your calling is not purpose enough to endure, then you are a fraud and you degrade us all.