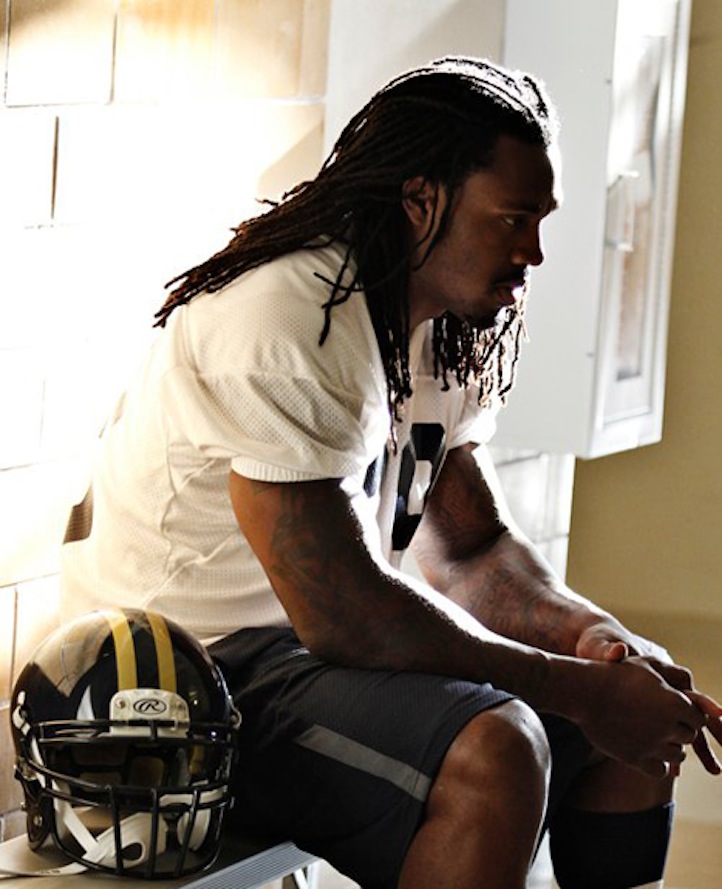 For the last nine years, St. Louis Rams running back Steven Jackson has lowered his shoulder and barreled through opposing defenses for the tune of 9,865 yards and 54 touchdowns, earning him three trips to the NFL’s Pro-Bowl. This season, the 6’2″, 240-pound All-Pro back is closing in on another milestone– topping 1,000 rushing yards for the eighth consecutive season. Only LeDainian Tomlinson and Hall of Famer Thurman Thomas have accomplished such a feat. With a 5-6-1 NFC West record, the Rams have four games left in the regular season and Jackson needs 276 yards to reach the historic mark. As the San Francisco 49ers discovered in a tough 16-13, overtime loss to St. Louis on Sunday, the Rams all-time leading rusher cannot be stopped. Before the Rams’ rematch with the Niners over the weekend, Life + Times caught up with SJ39 as he shared the game-day playlist that keeps him ahead of the competition.