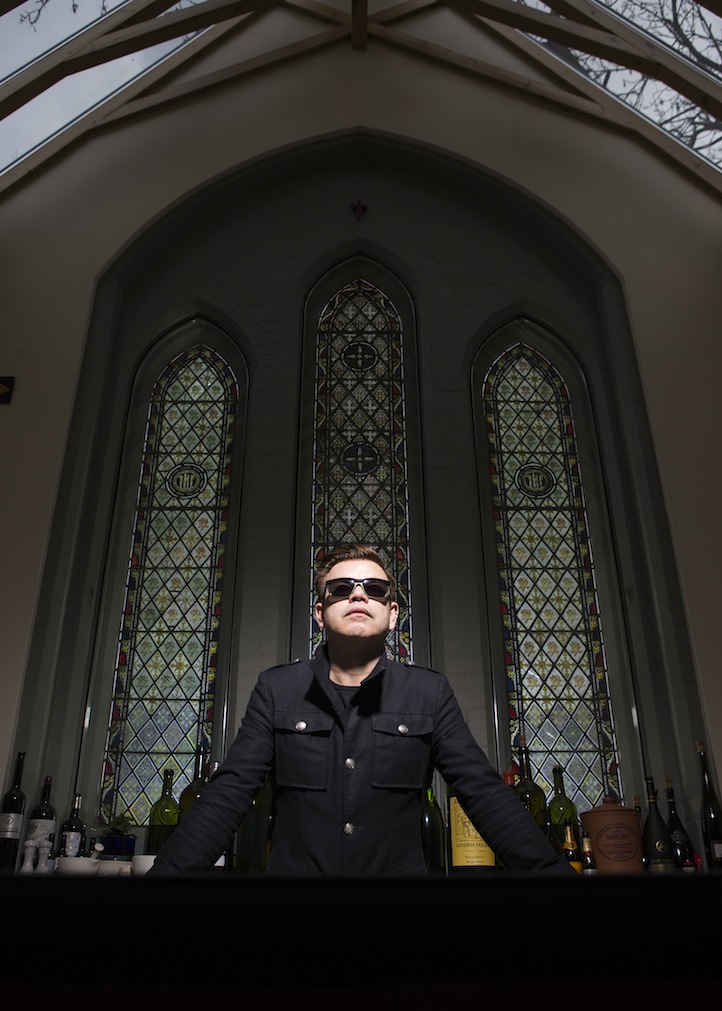 Seven years has passed since the release of UK based DJ-producer Paul Oakenfold’s last album, A Lively Mind. Oakenfold is currently working on his pending to-be-released third album, Pop Killer, which he promises will be just as cutting-edge as his past projects. Referring to Pop Killer and his past two albums Oakenfold states, “There’s strong bass, they’re very rhythmic, very melodic, and has collaborations from all different genres.” Expecting the unexpected has always been the concept behind his many remixes and partnerships. Whether it’s the rework of a Radiohead classic (“Everything In Its Right Place”) or his current collabo with rapper Azealia Banks on “Venus” – Oakenfold knows how to craftily blend his broad background and modern technique with future sound.

Life+Times: I can’t get enough of “Venus,” the track you did with Azealia Banks. How did you two meet? Was it at this year’s ULTRA? You both were on the roster.
Paul Oakenfold: No, I approached her through her manager at the time, Dave Holmes. He hooked it up. It was pretty straight forward. Then, I spoke to Red Bull who has a fantastic recording studio in Los Angeles. They were very kind enough to give me the recording studio. We went down there and recorded it.

L+T: I’m eager for that to come out. I’m sure a lot of your fans are too. In 2000, you performed at Cyberfest in California. That was actually one of your first American sets. Since then, the festival circuit has changed a lot. I want your perspective! What’s the most distinctive change that you’ve noticed with festivals?
PO: Its’ gone crazy…the amount of music festivals. There’s so many now. In Europe for many years, the festivals have been incredibly popular – and not just one sound like an electronic festival or a rock festival. In Europe, we’ve kind of been mixing it up for many years. It’s neat to see America has got a lot more festivals. I think it would be good to mix it up a bit more, but it’s certainly a lot out there.

L+T: I agree. In some of the interviews in the past, you’ve referred to yourself as a “bedroom DJ” when you started out. That term has shifted a lot especially with the introduction of all of this new technology and software. Was it hard to adjust over time with the new equipment that’s out now versus when you first started DJing?
PO: It’s much easier now. I think it was a lot cooler and a lot harder. It certainly was much harder to be a DJ-producer back in the day. Now, with technology making it really easy and music being so accessible. You used to do great to go to a record store and find any songs and unreleased tracks that no one else had. Now, you can just Shazam anything and get that record online. To me, it’s not as special as it used to be.

L+T: Yes, a lot has changed. One thing I have noticed when I talk to different producers, especially the ones that have been in the game as long as you have, the say there’s different disconcerting things going on in the electronic dance music scene. What stands out to you as alarming?
PO: Nothing in terms of alarming. I think the scene finally has become as big as it is around the rest of the world. It’s encouraging if anything. It’s very popular at the moment. There’s a lot of DJs, there’s a lot of producers. Unfortunately, there’s a lot of copying going on in terms of if someone comes up with an idea and then everyone runs and follows that – which is a shame. That’s just the way it is at the moment. I’m sure it will change.

L+T: Hopefully so. It’s interesting you brought up the point about copying and imitation. It seems that some people just run out of juice or ideas. What helps you to keep your ideas fresh and innovative?
PO: Just staying ahead of the curve and being current. I think those are two really important things. And having an open mind listening to other music.

L+T: That definitely helps. You’ve created remixes for not only artists in the dance music world, but hip hop, pop, and rock. Do you feel that having such an eclectic taste in music has also effected your production skills?
PO: Yeah, absolutely. Growing up in London and listening to the radio – the big difference from America – we always in the UK had stations that played all kinds of music. In America, you don’t find that. You tune into [Power] 106 in Los Angeles and its only rap. You turn to KROQ and its only rock. You don’t have a station that plays all kinds of genres, all kinds of music. That’s what we do in England, that’s fundamentally the big difference.

L+T: Valid point. When I visit Europe, everything is so open and not focused on genre classifications. This leads me to EDM. Different DJs have different perspectives of “EDM.” Is “EDM” irritating? Do you have an opinion about it?
PO: I don’t find it irritating at all. I actually in some respects don’t mind it. Why do we have to break down the music and have so many different genres? Why can’t it all just come under one bracket? Whether you play techno, trance, house – it’s all electronic music. It falls under that term. It’s nothing wrong with that.

L+T: At the end of the day, is it not electronic based? Can you not dance to it?
PO: (Laughs) It’s electronic dance music! I don’t get it.

L+T: Precisely! Revisiting Pop Killer, what will be the key difference between this album versus your past projects?
PO: That’s a good question and I’ll tell you why. There’s no difference in this third album versus the last two. There’s strong bass, they’re very rhythmic, very melodic, and has collaborations from all different genres. What’s changed now is electronic music has become pop music. So, my record will be received as more of a pop record than the last two. Realistically, there is no difference. I think radio will embrace this record a lot more than the last two because as I said, that’s what they’re playing on the radio- whatever genre you want to call it. I mean Usher was originally an R&B, urban singer or whatever term you want to call it. Most of his stuff has electronic base now. So I think it will be more received as a pop record, but it’s not really. It’s just the same as my last two albums. What I like about that is it gives people continuity.

L+T: That’s important for fans or music listeners in general who may not be too familiar with you. As an industry veteran, do you think a DJ is a musician?
PO: Yes, I do and I have for many, many years. A lot of DJs make their own music and have done so for many years. I’d say most of the DJs make their own music now, especially the whole new school of DJs. If anything, first and foremost they are probably producers first and DJs second. I would definitely class them as a musician.