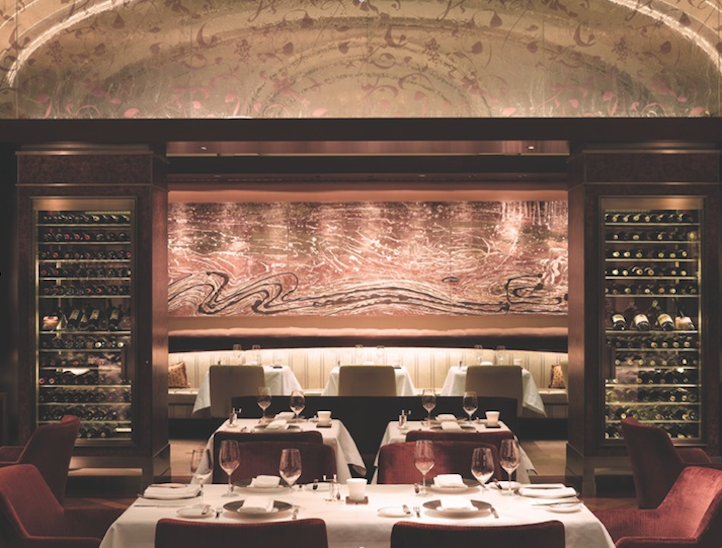 Experimental cuisine, punk rock chefs and the occasional nod to traditionalism, these are the 10 places jet setting foodies are talking their way into this year.

Noma
Copenhagen, Denmark
René Redzepi’s 12-table restaurant is considered by many the best in the world, and its soft-spoken bad-boy chef/owner’s strong sensibilities range from foraging for seasonal vegetables to serving live shrimp. The first bite’s the toughest. (noma.dk)

The Fat Duck
London, England
Settle in for the four-hour,160-pound per person tasting menu at this famed eatery and get transported to a culinary heaven where dishes like jelly of quail with crayfish cream float on to your palate and fade into a flavor-memory that will last for years. (fatduck.co.uk)

D.O.M.
Sao Paolo, Brazil
Only in Brazil would you find a DJ-turned-chef turning out brilliant (and brightly colored) dishes that landed his restaurant atop the world’s best rankings—not to mention the best in South America. The chef, Atala, draws from the Amazon to add exotic flavors to his French-inspired fare, so you can sip on a pitanga juice or sup on scallops as you wish. (domrestaurante.com.br)

Alinea
Chicago, Illinois
New York has Wylie Dufresne and David Chang, but Grant Achatz is the most intriguing of the punk-rock chefs in the U.S. He turns ingredients into mini works of art, then parlays them into high-concept dishes that gratify the eyes before exploding into a new idea of what food should taste like.(www.alinea-restaurant.com)