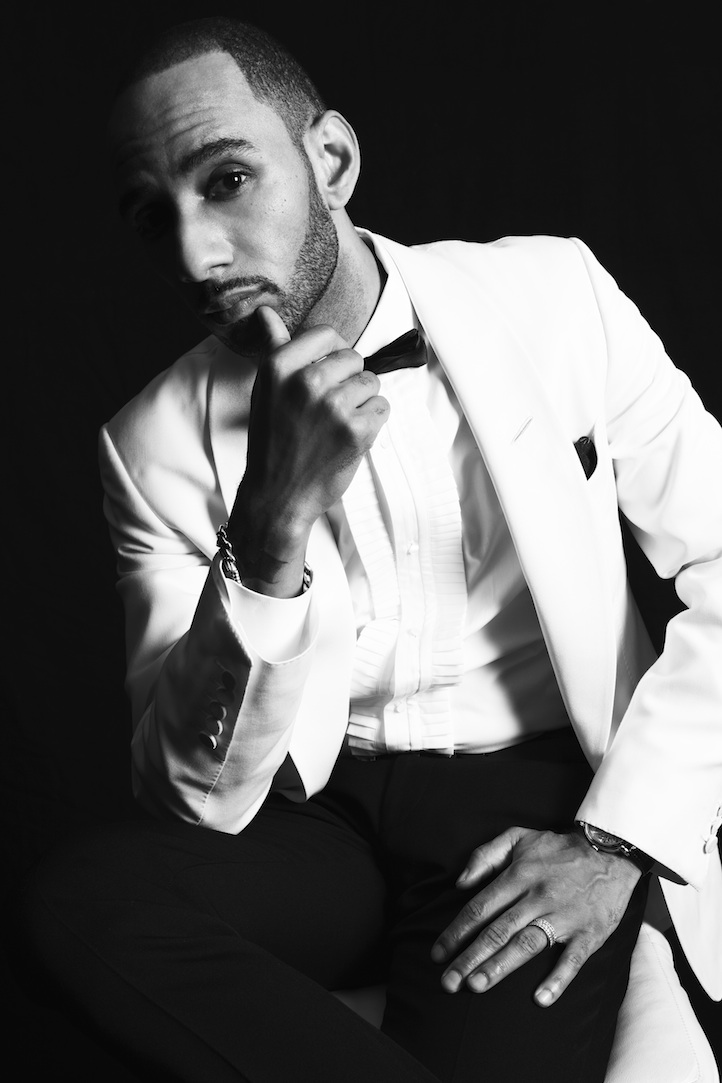 At the 46:10 mark in Bill Cunningham New York, the 2010 documentary that profiles the revered New York Times fashion photographer, Cunningham stands in the middle of a black-tie benefit dinner snapping away at upper crust New York socialites. This is, of course, typical for the photog who covers the often intersecting worlds of fashion and high society but what’s interesting about this scene in particular is the unexpected cameo by one Kaseem ”Swizz Beatz” Dean at the bottom of the screen just right of center. If you only know Swizz Beatz as the producer behind hits for artists like DMX and JAY Z, seeing his face among all the gray hair, pale skin and old money might seem odd, but despite his name there’s much more to the 33-year-old than just beats.

Swizz’s growing list of titles outside the realm of music is as impressive as his discography: Global Creative Director for Reebok, VP of Design Lotus North America and shoe designer Christian Louboutin collaborator are just a few. “You know I got the rights to [produce Jean Michel] Basquiat apparel and footwear?” asks Swizz. “Me and Basquiat’s dad sat down and thought it was about time we educate today’s youth about who he is because they’re hearing [the name] Basquiat in raps.” In the past few years Swizz has emerged as a sought-after consultant in the world of luxury good and a passionate, if not unlikely, patron of the arts in hip-hop.

On an unseasonably balmy fall day in New York City a suited Swizz stands smoking a cigar on the tenth story balcony outside of an office at Jungle City Studios, his base of operations. The studio and creative space is located in Manhattan’s Chelsea section in an area better known for its galleries than as the stomping grounds of hip-hop’s elite class. The studio’s location is indicative the headspace he’s in these days. For years now Swizz has been pushing art appreciation hip-hop; setting an example as a collector himself, name-checking artists like Warhol and Basquiat in his music before it was en vogue, and giving gifts of artwork to peers like Diddy and Lil’ Wayne. 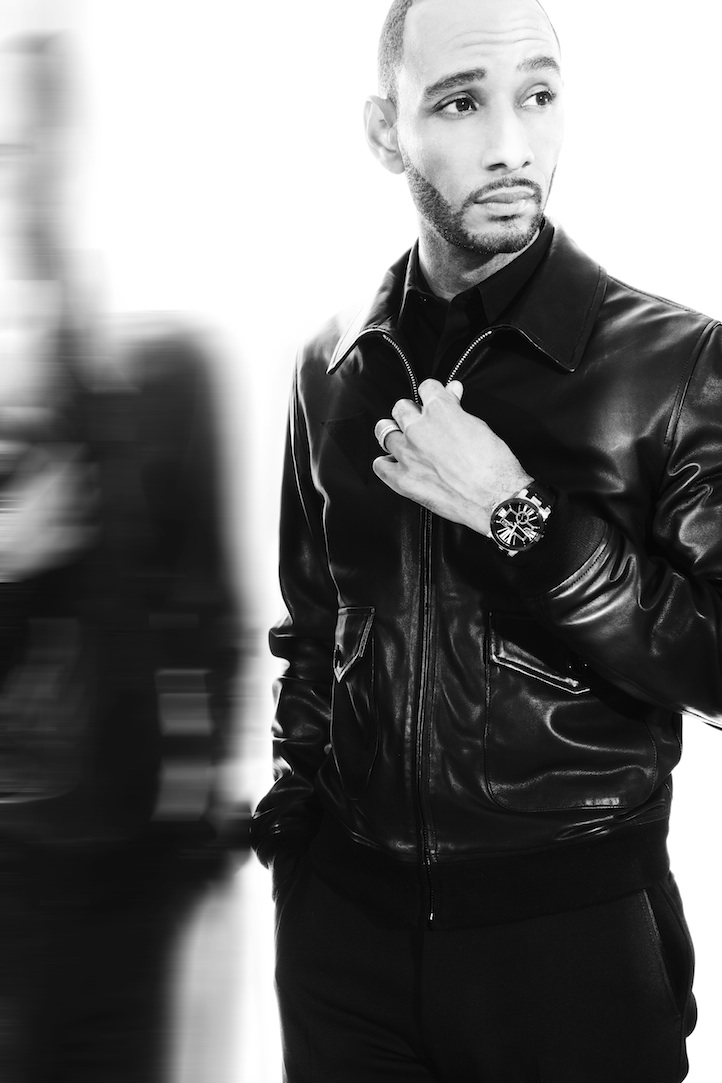 “I fell in love with the art world when I fell in love with the South Bronx which was day one—my little borough [in] my little hood [on] Jackson Avenue,” he says looking at the hazy New York City skyline. “What first got me was when I used to sit down in the park and wait for my grandfather to take me to Third Avenue or wherever we were going, I used to sit there and look at the trains.” In awe of the whole cars and entire trains painted by the daring graf artists of the day, Swizz was inspired to pick up a sketch pad and try his own hand at art. The distractions of a career in music took him away from his first love but success brought him back. “I was able to get my first house at 19 and I was decorating my place and I was like ‘Man, I want to put some art on my walls.’ I ended up spending money on a lot of BS pieces but then I met a lot of people in the mix who became my mentors.” Slowly but surely, Swizz Beatz the Ruff Ryder became Swizz the pop art collector and fine art aficionado. Along the way art world luminaries like Jeffery Dietch, Tony Shafrazi, Peter Max and the late Ernie Barnes became both friends and mentors and Swizz got back into creating art himself. “I do mixed media,” he says nodding through the glass window at an unfinished piece of his on the floor of the office. “This one’s called ‘Young Brazil,’ I want to put the photos on the artwork because there’s something 3D about it that I like and I love diamond dust so I used the diamond dust on it I used acrylic paint so it’s fairly simple but I love it.”

Swizz’s love for art goes beyond simply creating it as a hobby as he reveals that he’s in process of opening his own gallery to showcase the talents of artists he’s discovered in his own travels around the globe. “I want my gallery to be for young up and coming artists from around the world that people wouldn’t easily discover” he says. “I feel like I found the new[Andy] Warhol in Japan, the new [Takashi] Murakami in Hong Kong—not to compare their work so much but as far as [their] thinking outside of the box. I found a couple of sick artists in Africa, in Mexico too.”

Swizz’s lofty goals and aspirations aren’t about showing off as much as they are about opening people’s mind to possibilities and exposing those who come from his culture to new ideas and the finer things in life—the concept of Black Excellence at its core. “That’s what I’m here to do—I wanna inspire. That’s why I do so many things; I want to be the Renaissance Man of our generation, that’s my goal. That’s why I do so many things from philanthropic work, to my schools to designing to just showing people you don’t gotta just be a producer, you don’t gotta just be a rapper, you don’t just gotta be a DJ.” In this light his signature catchphrase takes on a different meaning: When it comes to being an example what a young man from the ‘hood can accomplish if he sets his mind to it for Swizz it is always, showtime. 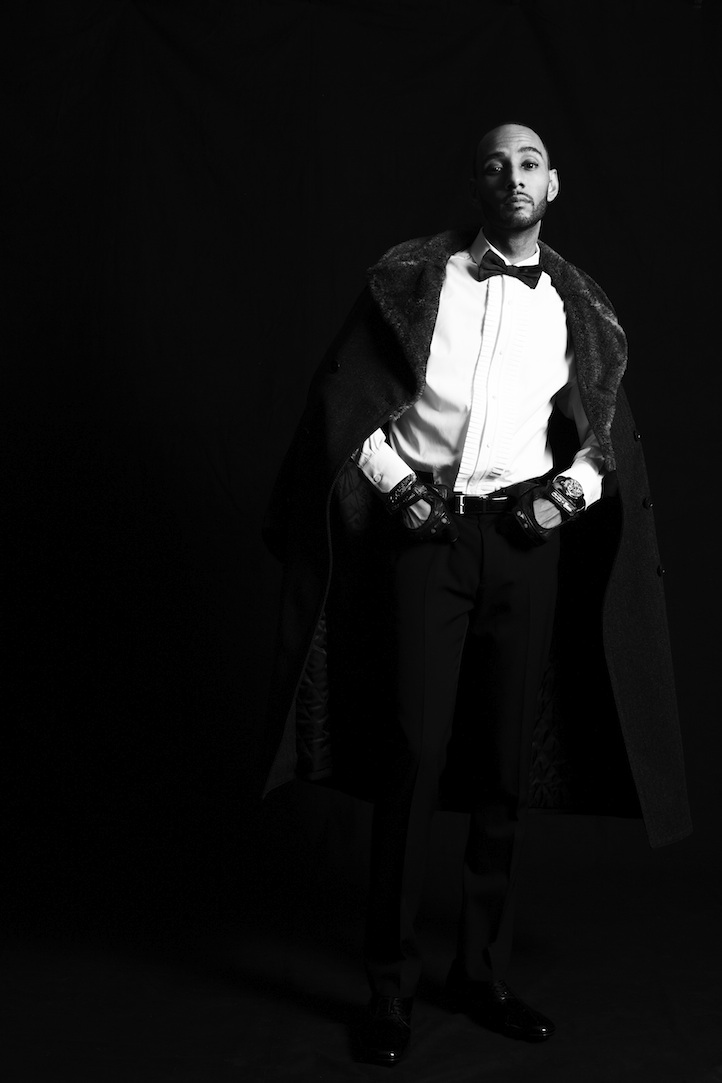