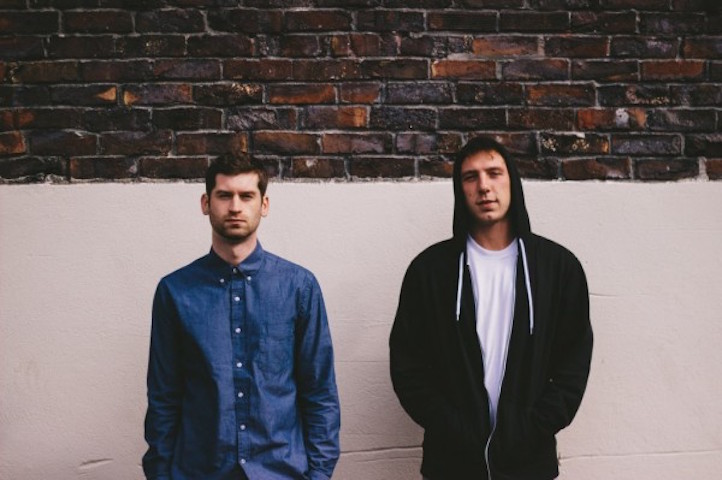 DJ-producers Harrison Mills and Clayton Knight of ODESZA are the misfits of Seattle. While the city is largely renowned for their roster of bands, this does not prevent ODESZA from leading the way of a burgeoning electronic music scene. In Return (out now on Inertia), the duo’s newest album, is an electronic dreamscape that’s often erroneously placed into the EDM box. Unlike EDM’s ritualistic bass drops and perfunctory build ups, ODESZA’s approach is in contrast opting for mellow melodies and head nod worthy beats. The track elements are delightfully the same, but the song structure morphs throughout the album – much like the variations you can taste in your favorite meal. Their palate for – to put it plainly – what works well together is their greatest strength.

Harrison and Clayton will embark on their first-ever Australian tour on Friday in addition to debuting at this year’s Coachella Music and Arts Festival. Ahead of their set at Lights All Night Festival in Dallas, Life + Times speaks to ODESZA about touring and the new age art of deejaying.

L+T: It can be the crowd, the culture, whatever.
HM: There’s, like, so many crazy things that happened in Europe, but the skate park (Mystic Skatepark) in Prague.

L+T: I’ve heard about that skate park! Did you skate there? I’m so jealous.
HM: You heard about the skate park? Yeah, it was really fun! That’s the only exercise I got all tour. It was crazy. They were just converting it into a stage when we got there.

L+T: The type of music you guys make doesn’t really fall into the whole “EDM” category. The ODESZA sound fits that scene. We’ll get into that.
HM: I’m glad you said that. It’s such a broad term.

L+T: I recently had a conversation about EDM versus IDM (intelligent dance music). At the end of the day, it’s electronic based music.
HM: I feel like EDM – it really shouldn’t but it does – leave a dirty taste in my mouth. I think that’s mainly because too many people associate it with anyone that has laptop equipment.

L+T: And a MIDI controller.
HM: Yeah! If you have a MIDI controller and a laptop, you’re a “DJ.” It’s really hard to break that label, but I also understand that people aren’t really aware of what’s going on up there (stage). It looks the same for anyone who doesn’t use that equipment…you can’t really blame people for assuming that. If I wasn’t obsessed with music, I probably wouldn’t know either. There’s people that work really hard to do their own productions and they’ll be compared to someone who only plays other people’s music. It’s like, “Oh, you’re almost as good as this guy.” That guy never made a song before! I can see how it can be insulting.

L+T: You both have known each other for a while. When I speak to a band or duo act, I always like to hear about how each member views one another. It’s much like a dating relationship I find; each person must bring assets to the table. So we’ll start with you. What does Harrison bring to the table?
Clayton Knight: Well, we kind of both bring it. Like having the ability to bounce ideas off of another person especially on my side is really helpful because I can get lost in my head pretty fast and don’t know if I’m taking it in the right direction. You know you get those ruts, so having someone like show you what they think – having another set of ears – is really beneficial I think.

L+T: Okay, so what’s annoying?
CK: (Laughs and looks over at Harrison) Uh…

L+T: It’s okay, go ahead!
CK: Well, it’s not annoying. We see each other like every day. So that kind of gets old, but…
HM: We’re like brothers and roommates.
CK: Yeah, exactly.

L+T: I’m sure you get used to each other’s quirks and hang-ups. Your turn, Harrison.
HM: What does Clay bring? Um, Clay’s very technical with software and stuff that I don’t know how to do.

L+T: A happy balance! Now what I noticed with the latest album (In Return) and your music in general, the instrumentation is great. The strings and keys sound organic, but are those sounds made electronically on the album?
HM: Yeah, it’s all electronic. It’s all in the box basically.
CK: We record some stuff. The software is so good. It’s gotten to the point unless you know the instrument really well and you know how it sounds recorded, you really can’t tell the difference – especially when there’s a bunch of other stuff going on. The string work, piano work…we write all of that.

L+T: Wow, that’s crazy. I just knew there had to be a violinist or pianist on some of the records.
CK: For, like future stuff, I at least like writing in the box. And then print out the sheet music and have someone perform it, then record that – like that would be the ideal situation. When we first did our album we didn’t have any money, so it was like yeah. (Laughs)
HM: I think that’s a big thing we want to do for the next album like have a lot of interesting instrumentation.

L+T: Yes, do it! I don’t associate dance music with Seattle. When I hear of Seattle I think of rock music. What’s the dance music scene like?
HM: It’s starting. It’s almost nonexistent.
CK: There’s a couple of things that started out. A friend of ours has a night at Q Nightclub which is one of the clubs in Seattle. Really, it’s all really folk and very band oriented music; a lot of indie. There’s some really good music coming out of there, but not a lot of electronic like what we’re doing. A lot of hip hop too. So, we’re kind of the only ones pursuing it.

L+T: Oh wow. Well, you both are representing it well. At the end of each interview with DJ-producers I like to get their opinion on whether or not they think a DJ is a musician. What do you think?
CK: Sure. I guess it all depends on how you define musician – like the talent to play an instrument?

L+T: Open ended.
HM: It’s your interpretation.
CK: I think someone who really knows how to DJ and set a vibe. Like I watched Skrillex’s set last night – the transitions and the way he builds, the energy he’s able to sustain without overdoing it, to find that balance is really good. I don’t know if I would call that a musicianship as much as it’s something of its’ own. Someone who knows how to use the tables is definitely a skill. There’s a lot of people that don’t know how to use the tables and do just fine too.
HM: That stuff is all so new – not necessarily deejaying, but that kind of deejaying now – that it almost needs a new name. It’s not really a musician.
CK: Musicianship is like someone who plays the guitar. If he sucks at the guitar, people will know that he’s sucking. You can suck at being a DJ and most people wouldn’t know.
HM: It’s the transitions that people notice.
CK: If you know how to DJ, you’ll know if that guy knows what he’s doing. For the common person, it’s pretty hard to tell. If someone sucks at an instrument, it’s pretty easy – everyone’s gonna know if you definitely hit the wrong note. (Laughs) Yeah, it’s a good question.
HM: It’s a touchy subject.