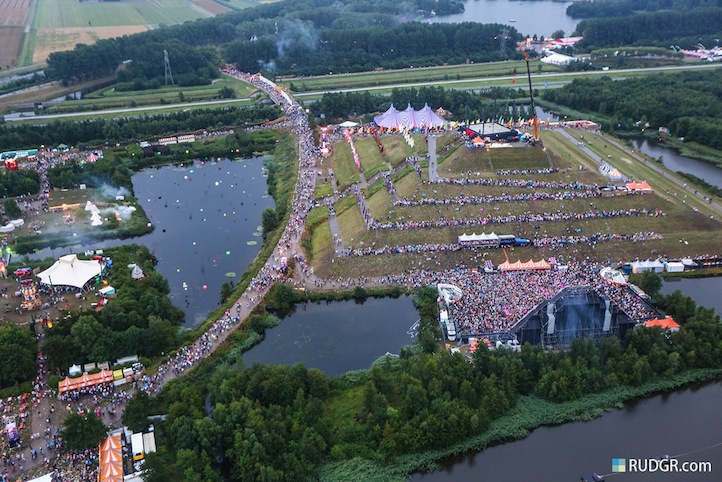 There is a unique place dissimilar to the bulk of American music festivals in which revelers overindulge in cell phone videography and where capturing a front row seat is more of an achievement than actually being able to dance freely. There is a place where festival-goers have their eyes focused on each other versus their cell phones or the DJ – they appreciate being in the moment. This place is none other than Mysteryland, the world’s longest running dance music festival. The festival just celebrated their 20th anniversary a little over a week ago. Mysteryland’s multisensory approach to dance music, or “EDM” as coined by the States, gives you a delightfully overwhelming experience comparable to a chocoholic’s visit to Max Brenner. The tastemakers and music festival veterans behind Mysteryland, Tomorrowland, TomorrowWorld, Sensation, and a host of other dance music related events is the Amsterdam based, ID&T.

Mysteryland felt like being in a dance music utopia – an integration of dance culture with interactive art pieces amid Holland’s lush green surroundings. Before soaking in the sights and sounds of Mysteryland, Life+Times spoke to ID&T’s Creative Director Jeroen Jansen and Event Director Irfan van Ewijk regarding the company’s concept and expansion to America. Are the States ready for a dance music experience versus a series of DJ sets? 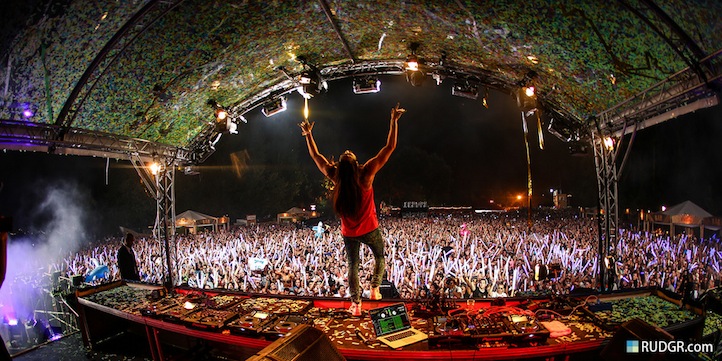 The most exhilarating part of attending Mysteryland was the duet between reality and make-believe – i.e. a woman was whisked away by an actor dressed as a rabbit to attend an Alice in Wonderland style tea party. Attendees were approached by walking mailboxes and were encouraged to write down their worries or wishes onto a small paper handed to them. Though there’s nothing new about an accumulation of wishes and worries being attached to a balloon and released to the sky – it’s the whimsy of models dressed as mailboxes and postwomen that gives the idea a dose of originality. This also further endorses the festival’s free-spirited motto: “Today is a gift.” There were even treehouses constructed for the double purpose of eye candy and a resting post for weary revelers. These are but a few highlights that aided in the memorable experience. “It’s also about the fun factor; as people would say, the ‘experience.’ I don’t like to talk about the ‘experience’ because it’s kind of a marketing way of saying things, “Jeroen stated. “Each small thing, with all the activities inside and outside – that’s what Mysteryland is really about.”

The company’s seasoned expertise is clearly evident in the production and overall execution of Mysteryland. “This festival evolved like the company did actually. It all started here in the Netherlands, in Amsterdam. That was 20 years ago, “Jeroen said. Sundry subgenres of electronic music are featured each year – hardstyle, house, dubstep, techno, trance, DnB, and everything in between. ID&T’s aim is not only for an attendee to discover new music, but to also get involved in the culture behind the music. “We wanted to highlight something that’s different from all the other festivals going on. The movement behind electronic music is so big. It’s not only the music, the DJs and the artists, it’s, like, reputable guys, decoration builders, display artists – it’s so diverse. That’s our 70% focus on Mysteryland, “Jeroen interjected. 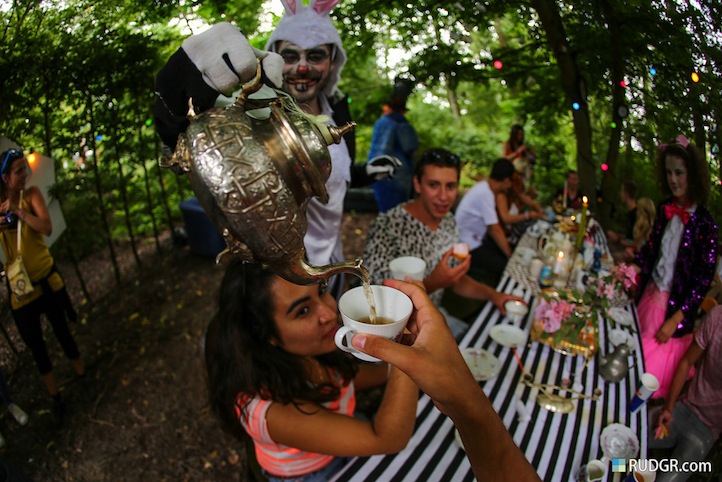 Last month, ID&T announced Mysteryland’s arrival to the States in 2014. It will be held Memorial Day weekend from May 23 through May 26th in Bethel Woods, NY. The last multi-day festival to have taken place on those grounds was Woodstock ‘69. “We are very excited about the venue,” Jeroen stated. “It won’t be an exact replica. We are going to start a bit smaller. I think the main focus things, the basic elements of the festival, you will definitely see back in the States.” For decades, promoters have sought consent to host events at the historical Bethel Woods site. ID&T were in discussion with the site’s owners for a year before the decision was finally made. Jeroen attributes honesty and the ID&T legacy to how they were able to secure approval. They are not expected to yield the same sold out results (60,000 tickets) as the 20-year-old Netherland edition of Mysteryland. “We want to grow it organically. We didn’t come in and say we’re gonna be the biggest or we want to be the next historic music festival. We were really a bit strong by, I think, the way we positioned ourselves and also the message behind the festival and behind our company…we want to try to change the mindset of the young people.” 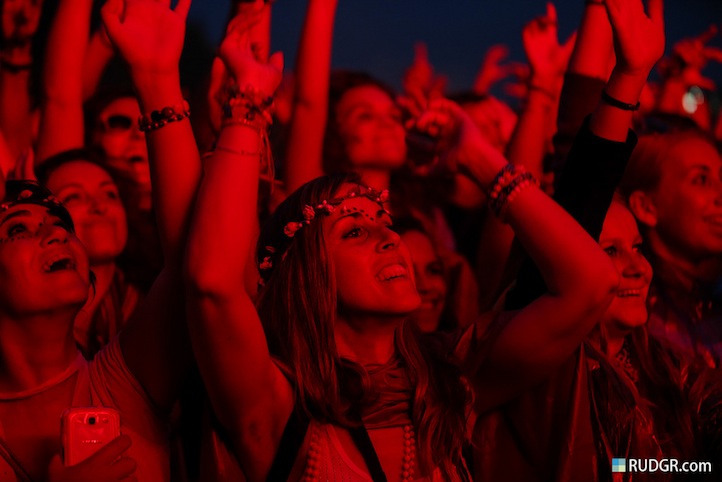 The parallel between Woodstock’s philosophy and that of Mysteryland is akin in that everyone is held liable for being peaceable. In a time where accountability has become rare, it’s refreshing to know that ID&T is doing their part through Celebrate Life, a sustainability program. They truly put PLUR (peace, love, unity, respect) into practice, instead of merely preaching through words. “When you start out in nightlife and affiliating with new people, it’s a constant adventure. There’s much responsibility involved,” Irfan said. “This world is increasingly consuming. This world is increasingly more individual. We are completely a part of it because we want to bring people together and interact. So, Celebrate Life means more than Celebrate Life – it’s about consuming, but not only consuming products or things that you can buy, but also how you’re consuming your free time [and] how you’re pursuing your relationship with your friends and loved ones. That all results in being very sustainable, being friendly to nature, being friendly to the people around you – helpful,” Irfan added. Is this not reminiscent to the mantra of the 1969 Woodstock of peace and music? “So, mainly what Celebrate Life means is serious and is a highly prioritized element in our company because we’ve got a volunteer program.” Visitors are invited to not only earn a free ticket, but also contribute to the festival by spending their free time giving back to the community. Whether or not Mysteryland’s inaugural US edition will truly be a success is a fate that is yet to be determined.

Dutch photographer, Rutger Geerling, captured the essence of this year’s Mysteryland in the Netherlands. View more of his work here. 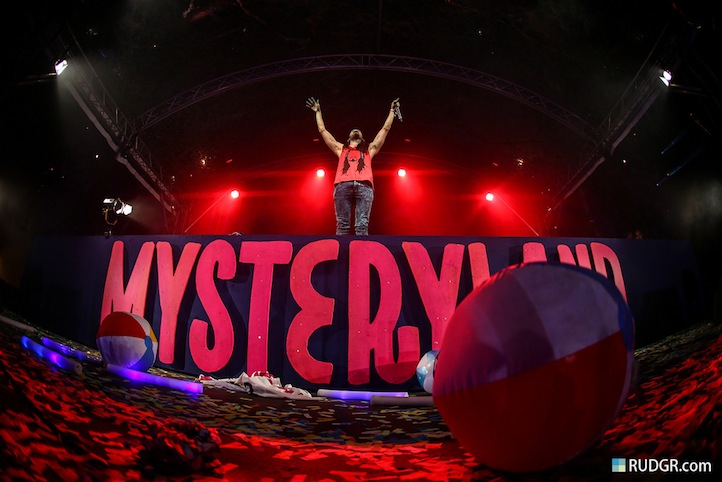