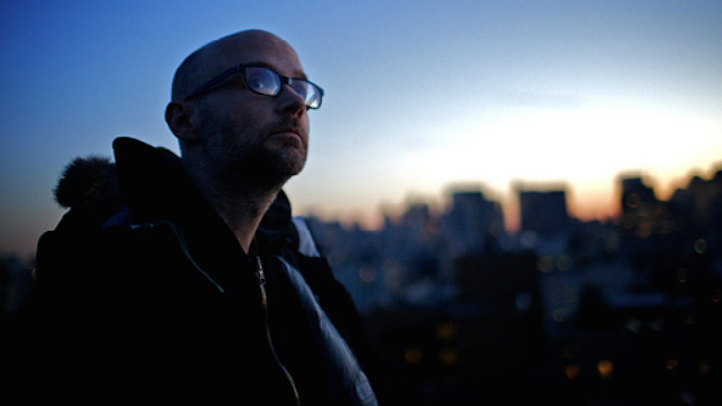 “It’s one of the rare instances that if someone fell asleep during the show, I would take that as a compliment,” says GRAMMY nominated singer-songwriter, DJ, and photographer Moby regarding his live LA shows in support of the re-release of Hotel: Ambient (out now on Little Idiot). Last week, Moby wrapped up the two exclusive LA performances – solely devoted to his ambient music – that consisted of a stage full of electronics sans drums and two microphones for occasional vocals. Moby’s Hotel: Ambient was initially released in 2005 as a limited edition companion disc to the album, Hotel. In its’ remastered format, Hotel: Ambient’s minimalistic and experimental theme continues with its original track list along with the inclusion of previously unreleased songs. “One of the reasons why I love ambient music so much is because the world we all live in is very, very stressful. And some of the stress is externally imposed, some of it is self-generated; but life is very stressful and when we have things that can very easily alleviate stress like really nice ambient music, I feel like that could serve a good purpose in people’s lives,” Moby adds.

When the multi-talented artist isn’t engaged with music in the studio, he’s aiding in fundraisers or shooting photography – continuously working on varied projects. Here, Moby expounds on the significance of self-expression, Hotel: Ambient, and post-apocalyptic innocents.

Life + Times: With this particular re-release, you have “Live Forever” in two different versions. What made you specifically take that song and create two different versions?
Moby: Um, I have no idea. (Laughs) Part of it is – and this is where I have to like out myself as a hippie, which I know is embarrassing. I’m sort of a paradoxical hippie because I’m bald and a hippie at the same time; and I hate the smell of patchouli, so I’m a failure as a hippie. What I often times do is I make ambient music exclusively for myself – longer versions that I will use when I’m meditating or if I’m doing yoga or sometimes especially if I’m touring I don’t sleep very well and really long, quiet pieces of music just help me fall asleep. So some of these extended tracks on the record are basically me reworking things for either, like, doing yoga or trying to fall asleep. It’s very sort of like in a way very practical and very utilitarian. 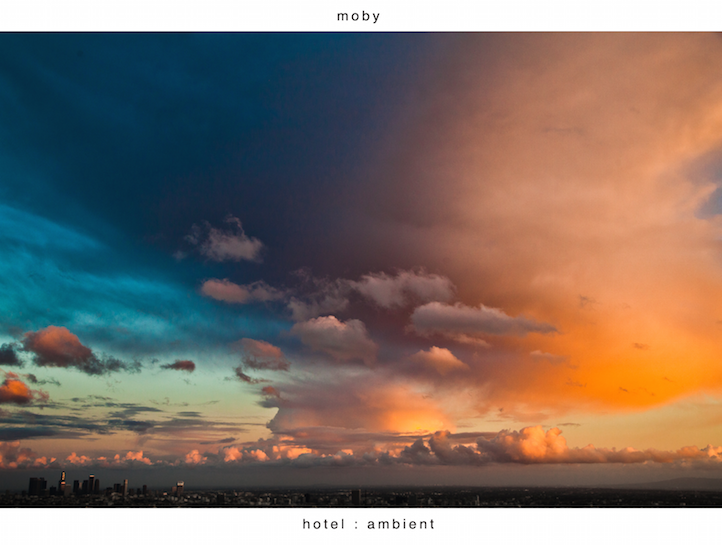 L+T: Got you. That’s the vibe that I get overall of the album.
Moby: Because it was an obscure release originally…I think it’s a really pretty record. Very few people had the original version of it.

L+T: It kind of reminds me of “Porcelain” – if someone had to compare the ambient sound.
Moby: Oh, I completely agree. It’s like “Porcelain” minus the drums and vocals.

L+T: Very chill. What I admire about you as an artist and individual, you always tie in such meaningful messages to your work – whether it’s music or photography. You’re very unapologetic in your opinion on how things are. I attribute that to how long you’ve been in the industry. Kudos for staying Moby!
Moby: Oh, well thanks! It’s also funny because if someone is upset with me being politically outspoken or upset with something I’ve written or said, they’re not gonna buy my record? Like, no one buys records anyway. There’s no real negative consequence to being outspoken anymore. I’d much rather speak my mind and potentially alienate some people, than keep opinions to myself when the opinions are important to me.

L+T: That leads me to innocents. With your recent gallery and the images I’ve seen from it, I like the idea behind it. It actually made me think about a verse out of the Bible, believe it or not. Basically it brought out that we all have a conscience that either “accuses or excuses.” You’re basically showing that is the case with the post-apocalyptic theme of the photography like, ‘This is the result of what we’ve done to the planet and society.’ What motivated you to go down that route with innocents?
Moby: It’s a really interesting, good question. I’m trying to figure out how to answer it in a way that won’t take three hours. (Laughs) Basically my whole life – I think this is true for a lot of people – I’ve just been really fascinated by the human condition both objectively speaking and subjectively. The human condition as it seems to exist outside of me, but also the human condition as it affects me. Which is why in college I was a philosophy major and why I was a theology student for a while and studied different types of spirituality, different world views just because I’m so interested in what it simply means to be human and how utterly confused and baffled we are as humans. From my perspective, the only humans who aren’t confused are sociopaths or people who aren’t paying close enough attention. 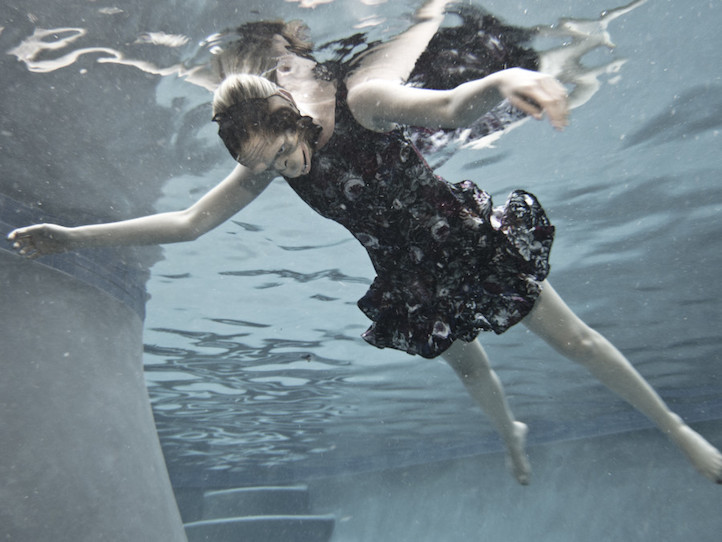 L+T: Fair enough.
Moby: Everything about our lives – the fact that we’re alive for a few decades in a universe that’s 15 billion years old. The fact that there’s not a single part of each one of us that’s less than 15 billion years old. We’re still so confused about everything. We ascribe meaning to things and value to things that we know are essentially meaningless and valueless. We still spend our lives pursuing them even though there’s nothing empirically to support that these things make us happy or contribute to a good life, but we still give them meaning and value. So, the innocents art show was kind of my way of trying to take some of those ideas and concepts and represent them in a hopefully kind of almost lighthearted way visually without being didactic and heavy handed trying to take some of these ideas and look at them a little more ambiguously. It doesn’t mean it was good. (Laughs) That was the goal.

L+T: That’s relative. Some may think it’s good while others may disagree, but it’s a really cool concept for either side of the pendulum.
Moby: One of my favorite things about being a quasi-public figure in the modern age is there’s this dialectic. In the olden days I feel like musicians, artists, or writers would make something and put it out into the world and there wouldn’t be much of a conversation with the work whereas now because of social media and what have you, if you put out a record, or a book, or an article, or an art show it really becomes this exchange with the audience – like you put it out, they respond, and you respond. I find that to be really, really, interesting. Whereas now releasing anything into the world is much more like a conversation – a two-sided conversation than like a pronouncement from the artist.

L+T: You’re right. That’s one of the positives of social media being able to have this back-and-forth between the artists and the fans.
Moby: Like when I put something out I don’t want fans or people to just tell me they like what I’ve done or tell me that they don’t like what I’ve done. What I like is that communication and hopefully in the process I end up learning quite a lot about myself and what has motivated the work that I’m doing.

L+T: That says a lot about you. Some artists don’t want constructive criticism. You could be like, “I’ve been doing this for 20 years. I’m Moby!” (Laughs) It’s awesome that you’re open to that.
Moby: Well, thank you. The other option is to be bitter and defensive. I look at some of my friends who’ve committed their lives to being bitter and defensive and it doesn’t seem to be working out too well for them.

L+T: I’ll be sure to avoid that. So, what’s next? Are you currently working on some new music?
Moby: I’m trying to finish my next record. As we were saying earlier, in this climate where people don’t buy records unless you’re Taylor Swift. Now for me the main criteria by which I judge making a record is: How much do I enjoy making it? How much integrity do I think it has?’ Like in the old days people judged the success of a record based on record sales. And now unless you are Eminem or Taylor Swift, you can’t really do that. I love making records and I don’t expect too many people to listen to them or buy them. I just really love making them. So, I’m trying to finish my next record and I have no idea when it will come out; and I really hope I don’t have to tour around it. I just hope I can sort of put it out, maybe do some interviews, and then start work on the next record.