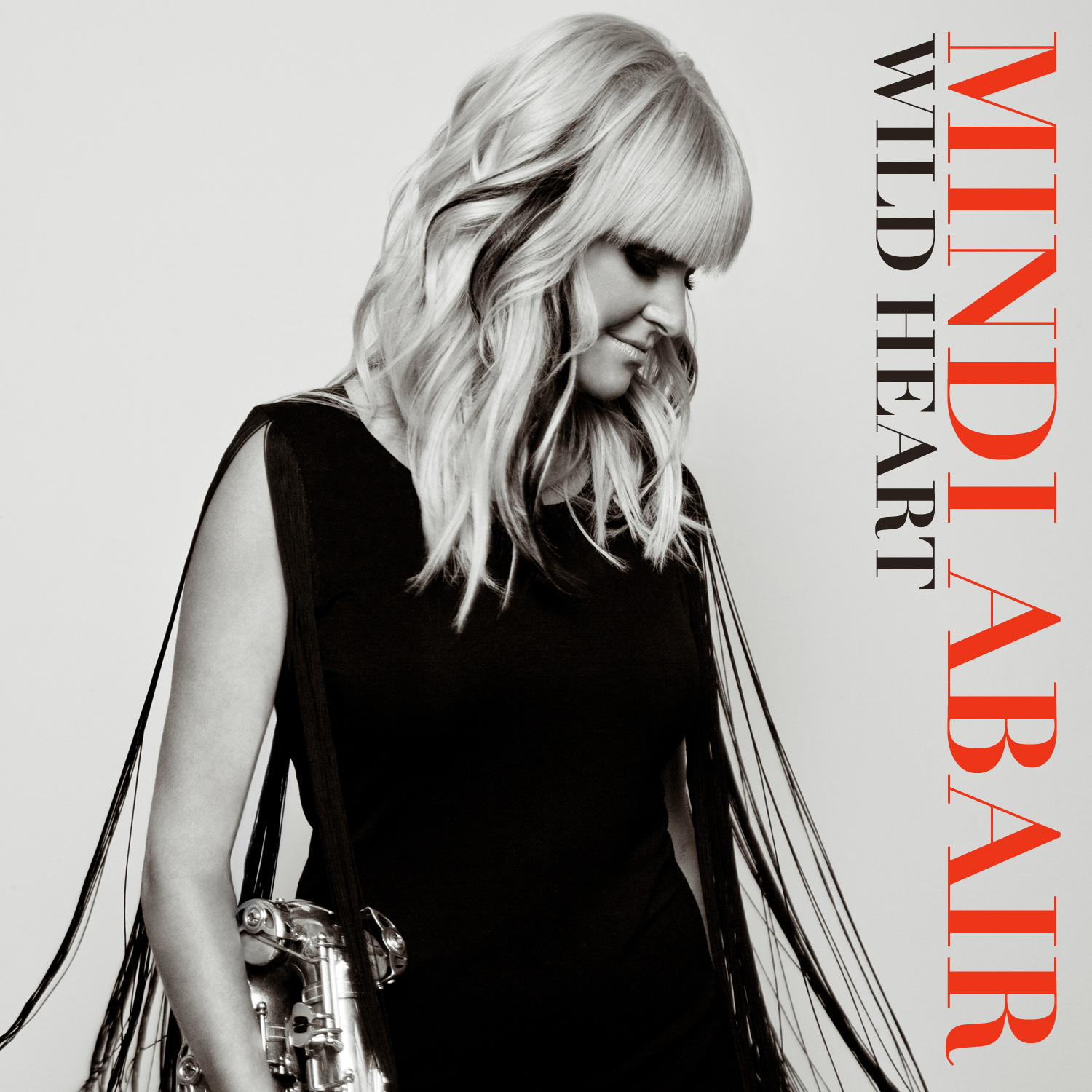 One would be hard-pressed to find a prominent female saxophonist today or in the past, but Mindi Abair is one who has managed to emerge and excel in an otherwise man’s world. Her talents have taken her from St. Petersburg, Florida to across the country, playing with everyone from Teena Marie to Mandy Moore and The Backstreet Boys, and working as American Idol’s featured sax player. Her most recent experiences, including touring with Aerosmith, Max Weinberg and Bruce Springsteen, set the stage for her latest album, Wild Heart, her most electric, rock-filled solo endeavor yet.

Life+Times spoke with the saxophonist/vocalist about Wild Heart and her journey leading up to the album.

Life+Times: How does Wild Heart compare to your previous albums? This one seems to have an electric, rock kind of feel.
Mindi Abair:Yeah, I always think a record should be a snapshot of where you’re at. We as artists change and morph as we grow as human beings, and obviously the music, hopefully, will morph and grow as we do. The last few years have been some really exciting years for me, some stuff happened that I never would have imagined. I played for American Idol for a couple years as their featured saxophonist and got to play with a lot of really great artists; then Steven Tyler asked me to join Aerosmith, and I joined them for their summer tour and did 26 dates with them. They haven’t had a saxophone in their band since 1973, so it was fun to reinvent what saxophone would be like in a rock band. Out there on the road, I even got the chance when Clarence Clemons died – I’m a huge fan of him and Bruce Springsteen; I didn’t want to be John Coltrane when I was a kid, I wanted to be Clarence Clemons – to play with Max Weinberg, and to play with Springsteen for a night. All those things came in to play and influenced and inspired me. Standing onstage with Aerosmith in front of 100,000 people, there’s an electricity. There’s a power that you play with in front of that many people, and playing that kind of music, that is hard to get on a CD. That mojo, that sheer power and energy, and I’d sit back after the shows and go, “I need to bring this power, this force of nature into my career somehow. I need to bring these influences into my own career.” I knew I’d have to write with different people and write songs that really allowed for that. So I called up Gregg Allman, we wrote a song together; I called Booker T. Jones, who I’m such a fan of, we wrote a few songs together; Waddy Wachtel, who’s a rock-and-roll guitar legend, we wrote a song together. I found songs that I really felt would allow me to stretch and go there and play with that type of abandon. When I went into the studio to do my parts, I just went for it. I played everything in my heart 1,000 percent and went for broke. It was definitely a different approach and I love what came out.

L+T: Expand on that different approach in your playing and songwriting when there’s this rock idea as opposed to jazz or something else?
MA: I wanted to approach the writing kind of harkening back to a time when saxophone was just as integral as the guitar in mainstream popular music. People forget, I think, that saxophone was that instrument. For the past 20 years, it’s been something that’s been in jazz bands and that’s what people have thought of saxophone as. But at the beginning of rock-and-roll it was a huge force of nature and I love those times. Players like King Curtis, Junior Walker and Boots Randolph, those guys created the sound guys like Clarence Clemons and Bobby Keys from the Rolling Stones took and ran with. I love that music, the sax was rocking and it was fun. I wanted to create songs that allowed for that and had that coolness. I didn’t want to write a retro record, I wanted to write a modern record, but I definitely went back to those songs and those elements to formulate what I thought would be a cool record today. 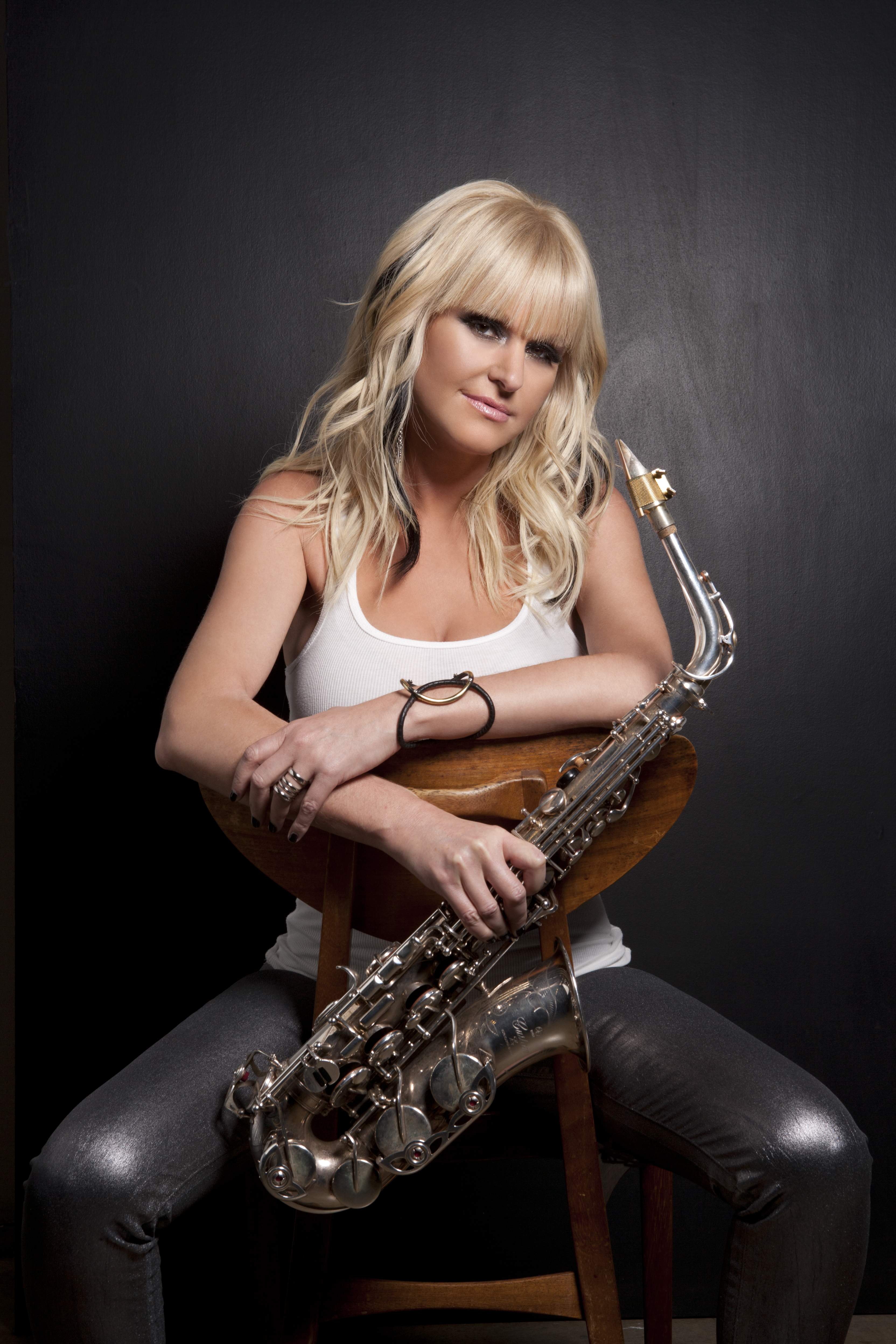 L+T: Playing with more abandon and more electricity… did that birth the Wild Heart album title?
MA: The title is the one I came up with because I was trying to find one that really personified the record, and I wanted something that described the music. I was going through songs and there’s a beautiful ballad [“Just Say When”] that’s heart-wrenching with Gregg Allman, then there’s a song [“Kick Ass”] with Joe Perry that peels the paint off the walls. There were a lot of different things to put into a title and I couldn’t figure it out. So I figured, “Why not find a title that describes who I am?” And who I am is an artist who not only has had a solo career, but I’ve played with a lot of different people as a side person as well, and my journey musically has been pretty diverse. I played with Teena Marie who’s completely R&B, and I played with the Backstreet Boys who were super-pop. I put together Mandy Moore’s first band – super-pop. I’ve played with jazz artists like Lee Ritenour and Bobby Lyle. I’ve recorded with Keb’ Mo’ – blues. Then touring with Max Weinberg and Aerosmith, I’ve pretty much played all kinds of styles of music, and been comfortable in each one. It takes a wildness or a sense of freedom to go in and do that, so I figured I’d describe myself with the title which became Wild Heart.

L+T: You’ve got Trombone Shorty on the song “Amazing Game,” talk about that.
MA: Isn’t he awesome?! I love Trombone Shorty, he’s amazing, he’s a force of nature. I love him and we get to sit in with each other every once in awhile because we play the same jazz festivals and we became friends. I wrote the song with Jim Peterik, he’s the guy who wrote “Eye Of The Tiger,” he wrote “Vehicle” for Ides Of March, these great iconic songs. We wrote this song together and we actually wrote lyrics to it. I was just screwing around playing the melody and I really liked it on sax, so I was like, “I think it has this power on sax, it’s cool, it’s gritty, it kind of grabs me,” and he loved it, so we made it an instrumental. Then I thought of Trombone Shorty and thought, “Oh, he would kill this.” You always think, when you’re making a record, “How do I take it to the next level? Ok, I got this track, it’s killer, what would make it better?” I’m always looking to one-up the track. I called him and he was on tour every night for months and months like me. I was like, “That’s alright, I’m coming to your hotel room,” and we literally recorded him in his hotel room on tour and it was great. He added so much, he’s a phenomenal player and spirit.

L+T: Of all the different experiences you’ve mentioned – touring, collaborating, writing, etc. – which has presented the biggest challenge for you or forced you to get out of your comfort zone the most?
MA: That’s interesting, that’s a great question. I got a call right after Clarence Clemons died – this is the most recent thing I could talk about. I had put up a post on Facebook just saying what a fan I was and what an incredible loss it was to the music and saxophone community. A promoter that was promoting one of my shows, and promoting a show that Max Weinberg was doing, called me and goes, “I forgot what a huge Clarence Clemons fan you were. Max Weinberg is gonna keep his date this weekend at the Newport Beach Jazz Festival, I think it would be amazing for you to come and play Clarence’s parts on those songs.” I was like, “Wow, yeah, I would jump at that chance.” So I did it, and Max was like, “We’re going out on tour for a couple weeks, why don’t I add you as an artist? We’ll play some of your stuff, some of mine, let’s do this.” What was really interesting for me, I had been a solo artist for so long, you kind of become a caricature of who you are: “I play my music.” 99 percent of the music I play is mine. All of a sudden, I was thrown into, “Oh, ok, I’ve gotta have more power for Max Weinberg’s stuff. I’ve gotta really step up to the plate and play like Clarence Clemons. I’m not trying to be Clarence but I’ve gotta have that spirit. That’s the big man.” I really had to dig down deep and go, “Do I have more to give as an artist?” And I did, and it was pretty wild to find that in myself.

L+T: You’re a female saxophone player which is certainly not as common as male saxophone players. Growing up playing, did you find that you had to prove yourself or play with a chip on your shoulder?
MA: You know, when I was a kid, no one told me it was odd for a girl to play saxophone. When we chose instruments in school band, my teacher Mrs. Reynolds just said, “Hey, choose an instrument and sit down.” She didn’t say, “Girls choose flutes, and guys choose trumpets and saxophones.” I was really lucky to have people in my life who supported me and said, “Hey, you wanna play that? Sure!” It wasn’t until I was about to go to college for music and one of my girlfriends’ parents sat me down and said, “It’s not really acceptable for a young woman to play saxophone in the real world. It’s fine in school band, but this is not really something you can take into the real world. It’s just not acceptable.” I just was like, “Well, it’s too late for that.” I never went into it with a chip on my shoulder, I just never thought two ways about it. There have been situations where I lost the gig because I wasn’t a guy. Tina Turner, I wanted that gig like no one’s business – but she always had a real fine ass muscly man on stage playing sax, I can respect that, I can’t be that guy. It’s worked for me and against me. What I can say is I had to find my comfort zone with it because it is a man’s world. At first, I started wearing men’s suits because I didn’t want to be looked at as a girl, I wanted to be looked at and respected like everyone else. I had to get comfortable with being a woman, being who I was and knowing that if I could play, and people respected that, that they would respect who I am, too. That took me a little while to be comfortable in my own skin and wear what I wanted to wear and be girly and still command the stage and play saxophone more like a guy.