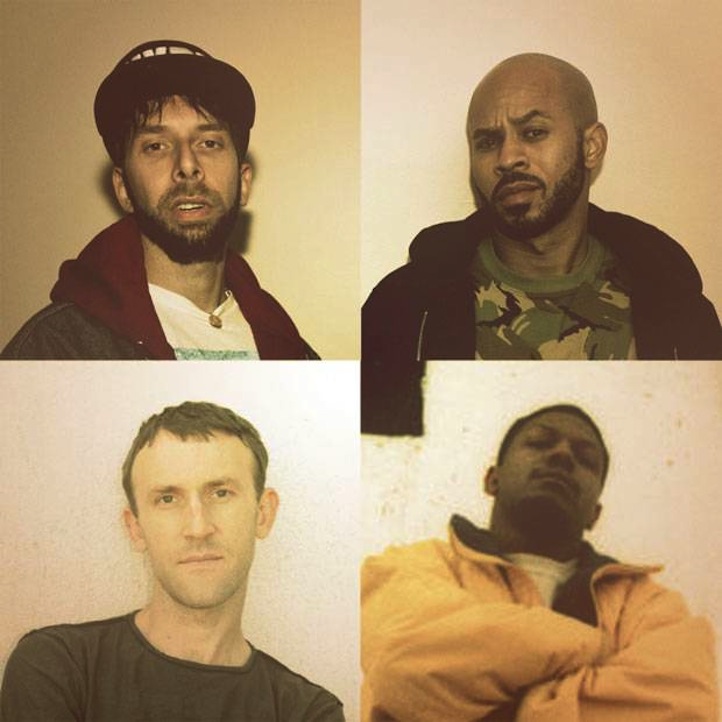 It’s hard to believe that a group that formed in 1998 is released their debut album in 2012. But that’s exactly what this unique story about a crew from Columbus, OH that endured success, failure, death and life before they found their way back home to finish what they started 14 years ago.

“I never wanted to be a solo artist but we were trying whatever we could to get heard,” Copywrite of the MegaHurtz collective that also features producer RJD2 and emcees Jakki Da Motormouth, Tage Future and the late Camu Tao. After the group debuted with the single “World Premiere” on Bobbito Garcia‘s Fondle ’em Records, their careers branched off into different directions. Both Copywrite and Camu Tao found success on the indie scene while RJD2 struck mainstream gold as his work behind the boards landed him the opening theme song to AMC’s critically acclaimed series Mad Men. Meanwhile, Jakki and Tage continued rhyming but focused on careers outside of hip-hop. But after 14 long years – and a lone mixtape of sorts titled Table Scraps released in 2001 — the group (sans Camu Tao) have managed to reform like Voltron to release their official debut album MHz Legacy.

“I’m more excited about the MHz project than any of my solo efforts,” Copywrite says as his solo endeavors The High Exhaulted (2002) and The Life and Times of Peter Nelson (2010) both found critical acclaim. “I felt shorted because I always knew we had the potential to put out a classic. We looked at albums like Midnight Mauraders and the great group hip-hop albums. We never got to and that personally irked me. I just knew what we were working with. It just sucks that Camu isn’t here to finally see this.”

The fact that Camu Tao is not around today still stings for the MHz crew. Perhaps nobody more than Copywrite. The two emcees had a public falling out and never had a chance to rekindle their friendship before Camu passed from lung cancer complications in 2008. “He always had us motivated to keep creating ill shit,” Copy reflects on his friendship. Aside from being a friend, Camu Tao was thought to be well ahead of his time as an emcee and producer. His unique voice, abstract rhyme schemes and quirky production preceded many of the artists making noise today. “I’d like to think he would be making music professionally. He was always a super creative guy, and a quick learner,” says RJD2. Copywrite echoes those sentiments. “I see stuff that Kid Cudi and Danny Brown are doing and, while both are dope, they are on what Camu was on a while ago. Copy says. “Our whole thing was trying to be futuristic without trying to force it. That’s why we had that name Megahurtz and Camu was a big part of that.”

Fortunately, the crew have unearthed some never before heard verses from Camu Tao for the album (“it’s only right to have the original names on there,” says Jakki). RJD2 was another name that people weren’t sure would make the album. Due to his critical acclaim from projects such as Deadringer and The Horror, RJD2 found success collaborating with other artists ranging from Blueprint to Diplo and saw his production in multiple advertisements. “I wasn’t sure RJD2 would make the album,” Tage Future explains while watching his friend crossover into the mainstream. “During those times when he had those opportunities, I was happy for him. I wasn’t sure but I thought he’d be down if his schedule permitted. I was hoping we could set aside some time to knock some things out. Life can get in the way especially in the span of 11 years but luckily we were able to put it all together.”

Life certainly got in the way for both Copywrite and Jakki Da Motormouth. Copywrite began to publicly downward spiral after the deaths of his grandfather and his mother, followed by Camu. Perhaps acting out of frustration and depression, Copywrite fell into drugs and public feuds with other rappers. Despite his transgressions, Jakki Da Motormouth stood by his side; mainly because he struggled with his own depression after losing his father and his real estate endeavors soured. “He’s been one of my best friends since I was 12,” Jakki says of the guy he knows as Pete. “We’ve gone through similar things together. I remember when his mother died, he remembers when my father died. We can actually talk to each other because we both lost our mothers. It’s hard to talk to people about losing a family member when you haven’t lost one yourself. We’ve always been family to each other and stuck together.”

The two found God as a source of strength and attended church together to get them through the tough times. Today, both are seeing the world through clearer lenses. Meanwhile, Tage has returned to the fold after attending school in Atlanta and becoming a schoolteacher. ” I was working a job instead of trying to be a rapper but now I’ve switched it back,” Tage says from his home in Atlanta. “I never stopped rapping but now I have the opportunity to put my all into my artistry. I feel like a new artist.”

As the saying goes, the more things change, the more they stay the same. Despite all the time between working together, MHz sound incredibly comfortable recording together. Songs like “Columbus Diss Patch” and “Four Player Mode) ooze of the bravado the group was known for. But MHz have developed some pretty strong storytelling chops as “Hindsight (1988)” and the touching ode to Camu Tao “Tero Smith” showcase a tremendous amount of maturity the group currently displays.

“We were kids when we put out those records back in the day,” Tage says about the group’s evolution. “We’ve evolved since then. I’ve become more polished as a writer and I’m just eager to let folks here that. We have the same approach as we did in 2001 but we’re just older and doper now.”