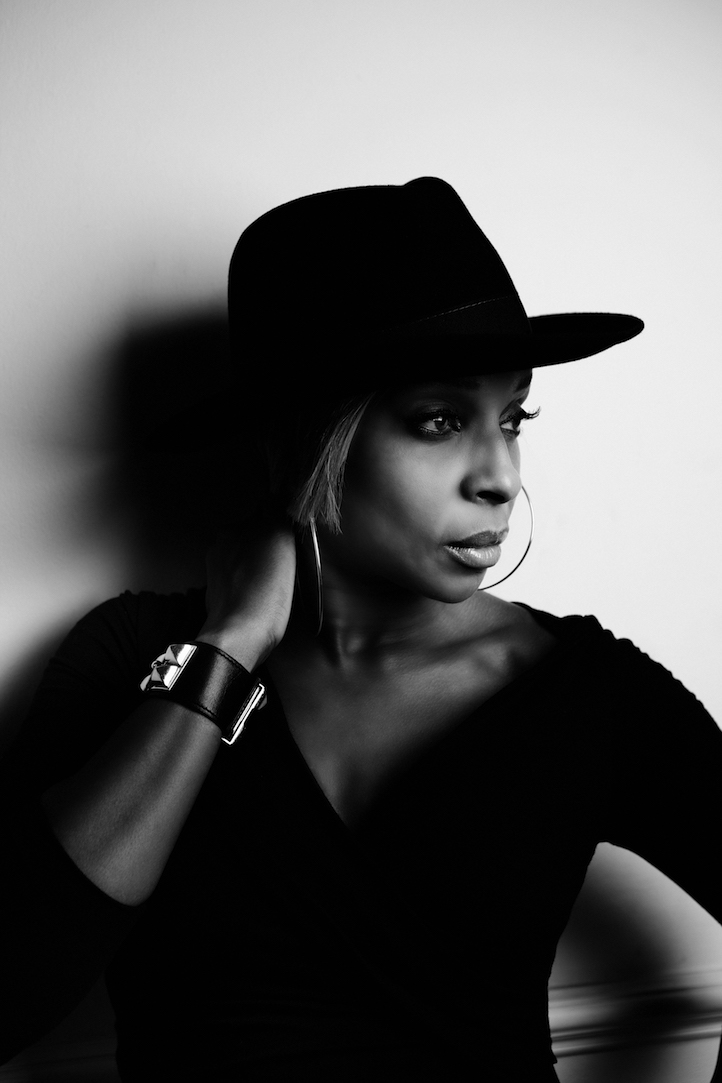 Throughout the years multi-GRAMMY Award winning singer-songwriter Mary J. Blige has evolved into a fearless icon who tries a new recipe for success in each album. On her latest project, The London Sessions (out tomorrow via Capitol Records), Mary steps outside of her hip hop seared R&B roots and fully embraces UK garage and house music. MJB attributes “not being afraid to listen to another generation and see what they’re doing,” as the integral part of being an artist that progresses through time. Mary’s soul-baring lyrics and powerful vocals are the common denominator of all 12 records she’s released – and The London Sessions is no exception in such high quality of aural craftsmanship. Through this album, the visionary singer proves the old adage, “you can’t teach an old dog new tricks,” to be a fallacy. She’s collaborated with a core group of UK-based artists who have helped shape a hybrid genre of house and soul music – while remaining candidly Mary.

Here, Life + Times has a conversation with Queen MJB about dance music’s influence on her and The London Sessions.

Life + Times: I had a chance to listen to The London Sessions and all flattery aside I truly enjoyed the entire album. What I appreciate the most is the fact that you stepped outside of your comfort zone.
Mary J. Blige: Thank you. That means a lot.

L+T: Particularly because this is your 13th album! You went over to London and it was just all such a different process than that of the past. Where was the attraction there – or appeal – to actually fly over to London as opposed to just working with producers in the States?
MJB: Well, the attraction came when I discovered Disclosure on VEVO and the song “F for You.” The music reminded me of something from back in the day that I grew up on – the club music just listening to it. So, I just felt like I just needed to gravitate to them towards that way and get on the remix. I did a remix with them. When they released it over in London, it just exploded. Then, they released it over here and it started exploding over here. So, the whole idea was to go to London and after we got that response I felt like that was the lane. I needed something new and I was already in my mind thinking before I discovered this Disclosure, ‘I need something fresh.’ I was starting to feel stuck in a box and stagnate – and that (Disclosure collaboration) came right when I started to feel like that.

So, the whole idea was just to go over there and do an album with them, an EP with them. At the time, I was out of my deal with Interscope. I was speaking to Steve Barnett, who is the head of Capitol Records where I’m signed now, and I was telling him about the whole Disclosure idea and going to London. And he said, “Well that’s a great idea, Mary; but I want you to go to London, but not just to work with Disclosure. But have you go to London, live there for a month, work with Disclosure, write with Sam Smith, Emeli Sandé, Naughty Boy – all the producers out there and write it. Call the album The London Sessions. And that’s how it all came about.

L+T: Wow. It seems like the whole project happened so quickly. Am I messing up the timeframe?
MJB: No! I lived out there for a month. We were done in three weeks. Yeah, I had one day of vocal rest. It was a grind, but it was such a special time. The weather was unreal. It was 80 and 90 degrees every day. I made new friends. I was already friends with Sam, so it was just fun to see him, hang out with him, and create with him. I got to know Emeli. I got to know Naughty Boy and just all these people that I know are like new family now. The creative process was amazing and that’s why the album didn’t take long to finish.

L+T: I can’t help but to ask…Sam Smith, Disclosure, and Naughty Boy are somewhat new to the game. You obviously are a veteran. From that experience, how did that enrich your ideas as a songwriter?
MJB: I look at these young – I don’t want to call them ‘kids’ – young people and I say, ‘Wow. They are so confident at the early stages of their career.’ They’re so confident and so humble. It was very inspiring back to me to continue to be confident with how I do things and what I do and don’t let anybody tell me that it’s too old, too this, or too that when Sam is comfortable singing ballads that Aretha Franklin would have sang back in the days or that I would have sang. Disclosure is doing club music that we grew up on! They’re comfortable with their ability. They don’t act like young kids, they act like older people! (Laughs) It was very inspiring to help me to stay grounded and stay Mary.

L+T: That’s awesome, Mary! You did an interview with The Guardian and brought out “The UK is a better place to make music than the States.” In what way? I don’t want to jump to conclusions.
MJB: Well, this is what I meant by that. I meant right now if you are an artist in the United States and you are over 40 and you make a record here, they will put it in a genre that is for older people even if it’s a smash record. But over there (London), you can be 13 or 30 and it doesn’t matter who you are if your music is great and your record is great, they’re gonna play your music. It’s just about the freedom as an artist is what I meant. I don’t mean like it’s a better place. I think that they embrace the art of artistry and soul music more than do over here. That’s what I meant by that.

L+T: Got it. Thanks for clarifying that! Sometimes quotes can come off with multiple interpretations. That’s why I had to ask. So, what are some key takeaways you learned from not only working with new producers, but just your overall experience in London?
MJB: My experience in London was just beautiful because the only thing I had to do was just be an artist. I didn’t have to take in any phone calls. I didn’t have to do anything, but just that one thing – go to work, write songs, work out, eat. (Laughs) It wasn’t a job, it was freedom. I think that’s the only way any artist should do anything to get the best out of them.

Click here to purchase The London Sessions (via Capitol Records) on iTunes.