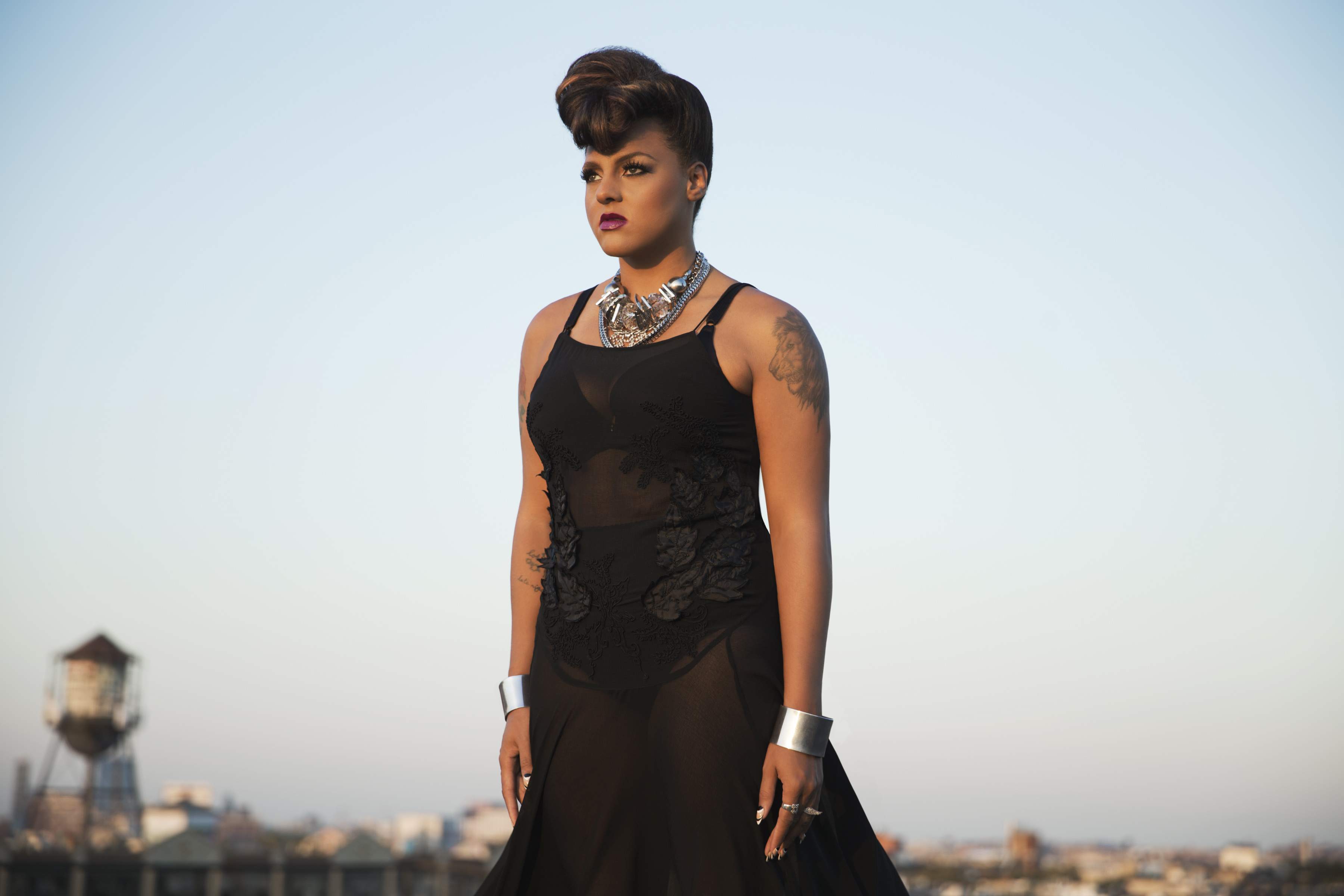 Since her Floetry days, Marsha Ambrosius has been one of the most consistently soulful and sensual voices in music. Hailing from London, then sharpening her sound amongst the bohemian set of artists in early 2000s, Ambrosius has written songs for Michael Jackson, collaborated with Kanye West and Nas, and recorded timeless songs of her own. Her sophomore solo effort, Friends & Lovers – which features the standout single “Stronger” – sees her continue on the path that has garnered her well-deserved unwavering respect as singer, songwriter and producer.

Life+Times caught up with Ambrosius to discuss Friends & Lovers (out July 15), soul music, and hip-hop. 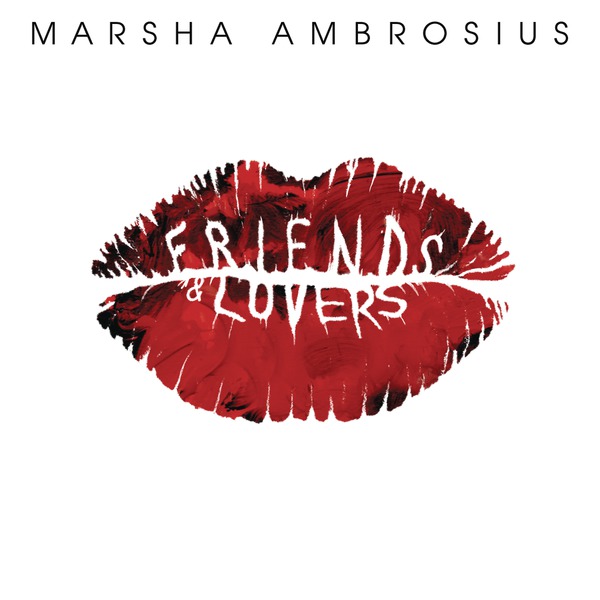 Life+Times: Where did the title Friends & Lovers come from? What was your intent with this album?
Marsha Ambrosius: My intent really stemmed from what Late Nights & Early Mornings created. With the first album, I was just so excited to have an album. I kind of crammed everything one, everything I wanted to say as far as where I was at in my life. That’s how the first album came about. The three year gap in between [the first album and Friends & Lovers] and keeping on the road, I had so many late nights and so many early mornings that really made for meeting so many new friends and lovers. That became my focal point in conceptually putting together an album that I could speak about one particular subject. What I thought was one subject turned into a bunch of relationships that I’ve been in whether they were romantic or just friendships period. I got to speak about my life on this album; before I was just speaking about a moment. Late night and early mornings could be anything from a studio to flights somewhere to interviews.

L+T: You’ve been making music for a long time, working in a lot of different environments with all kinds of people. How have you seen yourself grow as an artist? Does it get easier as you go along, or is there always a new challenge?
MA: I’ve never really concentrated on that as a focal point; “growing as an artist.” I want to grow as a person first. Really for me, it’s about experiencing life and taking my personal life to a whole other level, which I guess I’ve been doing from the very beginning. I don’t really see myself as an artist. This is my job, but it’s also the most wonderful thing to be able to do in the world as a career, so it’s kind of hard to separate the two. I feel like I’ve been growing as a person and experiencing different things and challenges or whatever comes up in life.

L+T: Talk about “Stronger” with Dr. Dre and how the concept for that record came together.
MA: “Stronger” came about – I was going back home for a show that I was doing in London and I stayed at my mother’s house. I remember Instagramming a bunch of vinyl that my mother had, and I remember sitting there as a kid just looking at album covers and what it felt like, whether it was Earth, Wind and Fire, Michael Jackson, Prince, Stevie, Marvin, Funkadelic, there were just so many albums. And I remember my mother playing Sade every weekend, and I remember what my house used to smell like when she’d play it, what food she’d be cooking, her telling me what chores I had to do. It was nostalgic, like I can remember where I was when I first heard it. So, I decided to cover it. I always wanted to do covers on my albums. On the first album it was Portishead’s “Sour Times” because that reminded me of London; Sade’s “Stronger Than Pride” reminded me of London growing up as a kid. I was at a rooftop party with my label and a waiter dropped some beer bottles, I want to say, and it sounded like Jeru The Damaja “Come Clean” –  the DJ Premier beat. I’ve always loved that beat and I was like, “Hold up.” It’s like magic happened in my brain: I heard that sample and I started singing “Stronger Than Pride” at the same time. I turned to someone from the label and said, “You need to put me in the studio tomorrow, I have an idea that I need to execute now.” I went to the studio, chopped up the beat, sang the song, called DJ Premier myself, called the label to call Sade’s people. I went to LA and I was working with Dre on something else, I was like, “Look, I’m about 50 percent into my new record, but I have one that I really feel is crazy.” So, I played it for him, he went crazy, like, “This is insane, I was not expecting this.” I’m like, “Well, do you want to get on it?” And he said yes. At that point, it’s like, “What do I have to lose? I just called DJ Premier myself and Sade cleared it, so what’s the worst he can say? No?”

L+T: Remembering smells, feelings, where you were at a time is an element of soul music in general. It takes you to a place that you can always put your finger on. Do you see those same things in your music? What is it about those Sade songs and other soul records that makes them so timeless and nostalgic?
MA: Soul music is a feeling that I’ve always mirrored and used for making music that is timeless. There are so many trends that come and go, and songs that you hear today and won’t hear tomorrow; but there are songs [from] 20 years ago, you’ll hear them today and will remember it like it was yesterday. You’ll know who you were in love with, or who you broke up with because of it. There are so many songs that miss the mark nowadays; from rip, I’ve been trying to make the music that you care about. “Say Yes” took me all of two minutes to write – I wrote it for Ron Isley, but he didn’t take it, thank goodness – but in that moment, it was really a moment of submission. Look, “Do you want to say yes or no?” Years later, you can play “Say Yes”, all of these songs are based on emotion. I feel like that’s the difference. Sade, to me, was all emotion, Anita Baker, Teena Marie, Patti LaBelle, Angela Winbush. I remember thinking,  “Ok, this is what I want to do for the rest of my life. I want to make people feel like that. When my mother comes home from work and she puts on an album, what would make her put on my album over one of these albums?” That’s really been my goal, having the musical knowledge that was instilled in me by my parents, and knowing the difference between something that you play right now and something you play forever.

L+T: How has hip-hop influenced your music your songwriting and production?
MA: Well, I was a rapper first. No one really knows that. I just chose to melodically infuse things around my wordplay, I’ve always been influenced by hip-hop. My first song in the UK was me rapping and singing, because I couldn’t decide what I wanted to do most on that beat. For me, it was coming into the world when hip-hop was at an all-time high. The influence was evident whether it was through R&B, pop music, pop culture became hip-hop. It was the sound of everything, and I landed right in that bunch with everyone else from my generation being influenced by hip-hop in that way. I just managed to find a way to put my own spin on it.

L+T: You’re from London but you’ve also said that you got to Philly at a perfect time when Jill Scott, Bilal and a whole golden era of music was going on. How did that experience help you grow as a person and an artist.
MA: It was just the timing. That magic that was happening surrounding Jill Scott making her first album, Bilal making his first album. I got there in the summer of 2000 when the producers and writers were at an all-time high in what they were creating. It really was by way of a free flight that landed me among all the people that I would make history with and win Grammy’s and BET Awards with. I didn’t know that going in, I just knew that when I landed, I didn’t want to leave. Arriving amongst a team that I consider my brothers and sisters to this day: I was sitting with Jill Scott the other day, I was talking to Andre Harris the other day, these are people that are still in my life 14 years in having guided the younger me. I thought I had it all figured out then and I’m still learning and growing now, and it really is because of the foundation that Philadelphia was able to give me from jump and still to does this day. I might be one of very few artists that are not from here at all. I was born and raised in Liverpool, get here and can still be respected as someone to rep Philadelphia, and why wouldn’t I? They’ve repped me hard from 2000 onward.