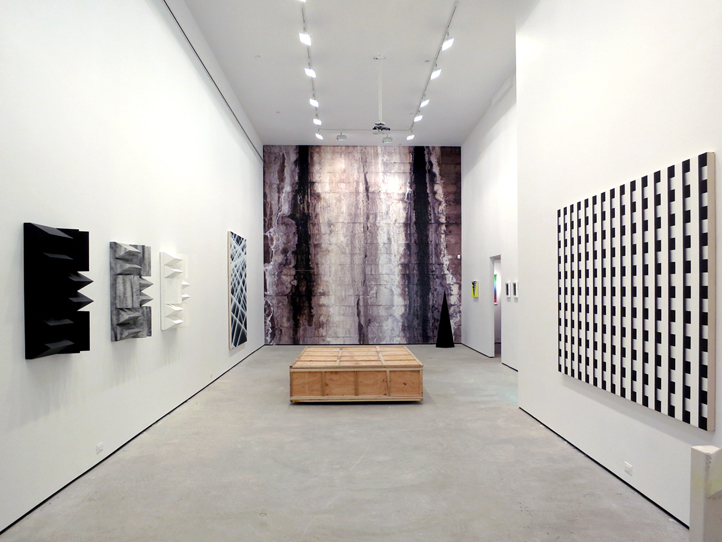 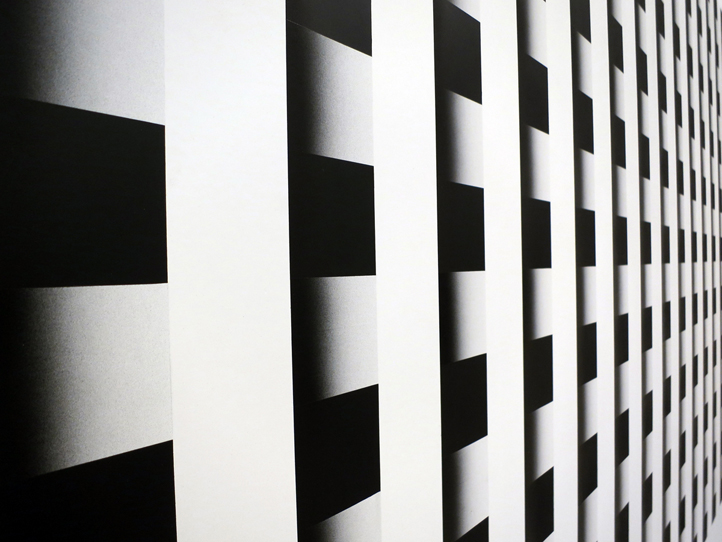 Chin, utilizing a combination of photography, painting, and sculpture, works with a keyhole perspective that draws the viewer in by only seeing a portion of what’s behind, forcing him or her to question their sense of perspective. The lines is his painting “31 White Lines on Black” appear to jump out at you, just as the stalagmites of his sculpture “23 White Stalagmites on White” seem to jut out of the wall. 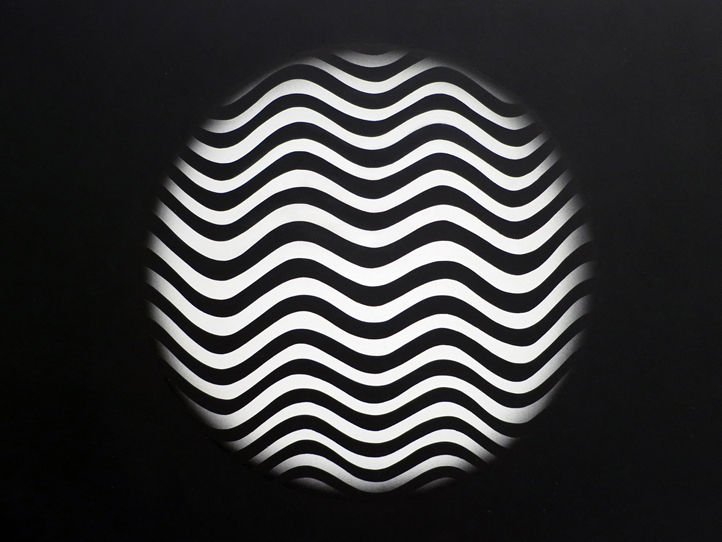 The exhibition, which runs through March 25, is filled with blacks, whites, and neons, is evocative of the 80’s skate culture native to Chin’s Southern California. Using florescent lighting to illuminate the gallery space adds to a warped and distorted sense of perception for his audience, altering the picture plane and adding another dimension to Chin’s works. 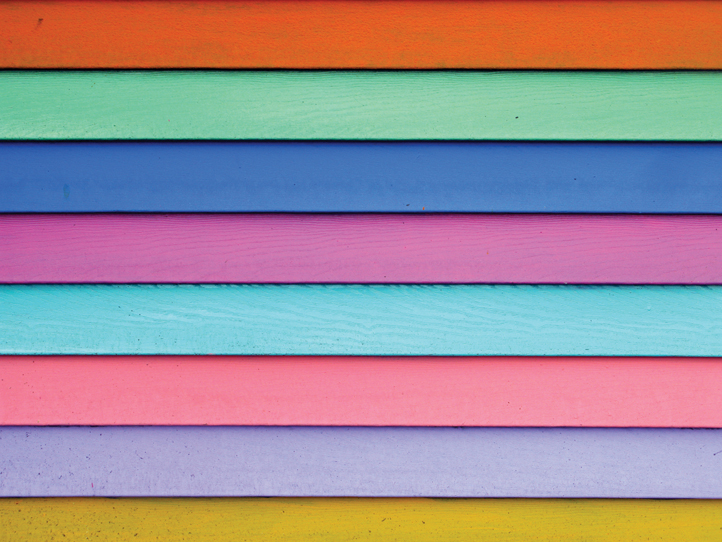 “This exhibition is a culmination of the past 10 years of my work utilizing painting, photography, sculpture, and installation. I’m bringing the viewer to my world, as I see it, broken down to it’s basic fundamentals: number, color, and form. Big cities such as Los Angeles and São Paulo fuel me – It’s only natural that this exhibition debuted in New York City!” 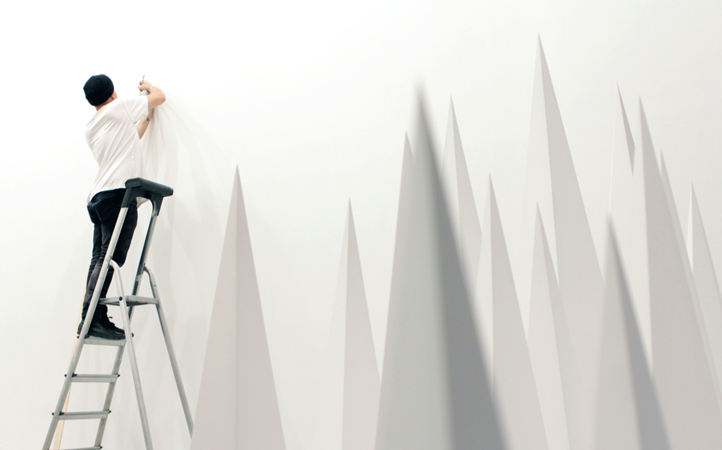 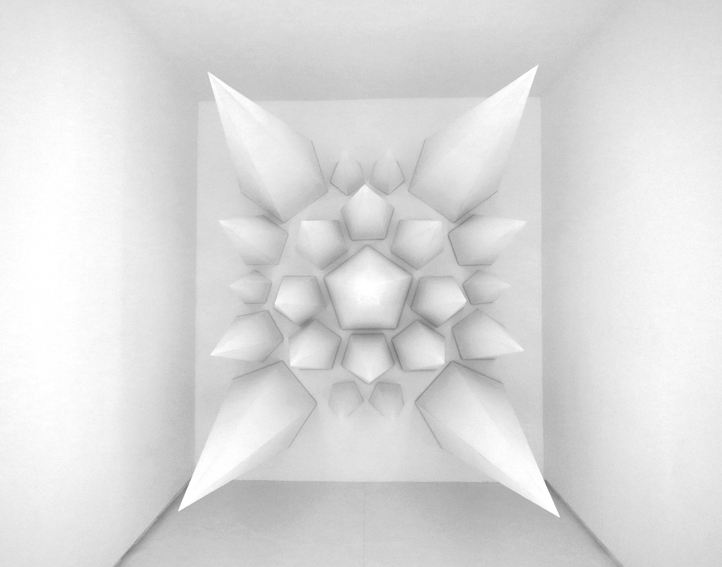 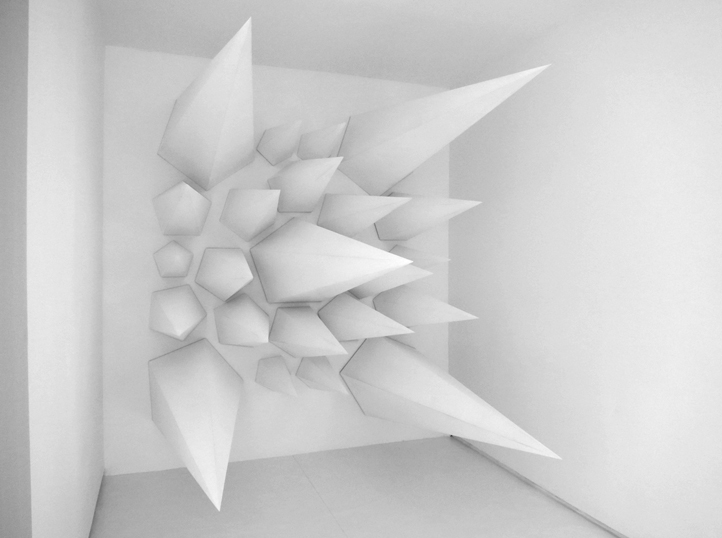 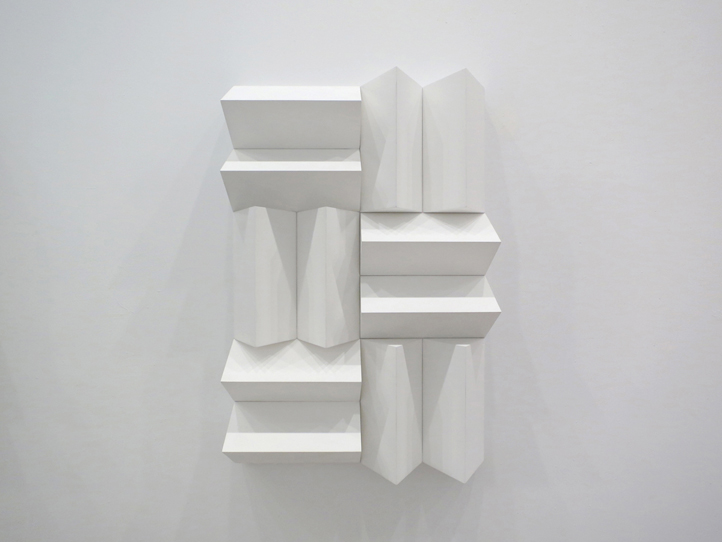 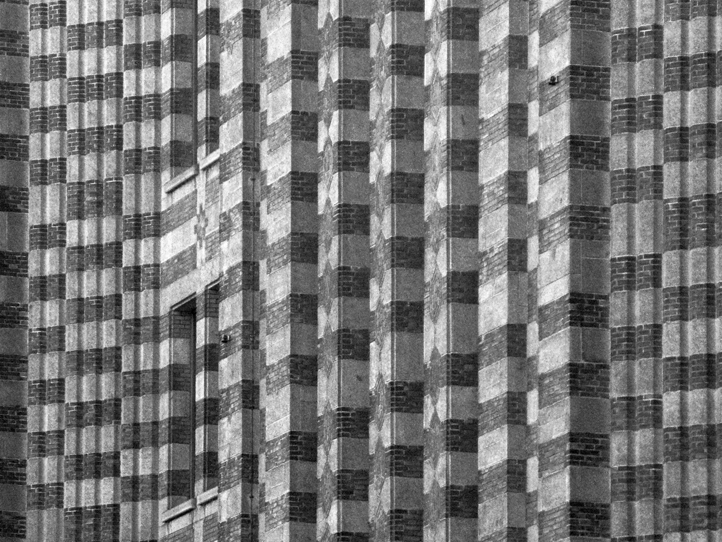