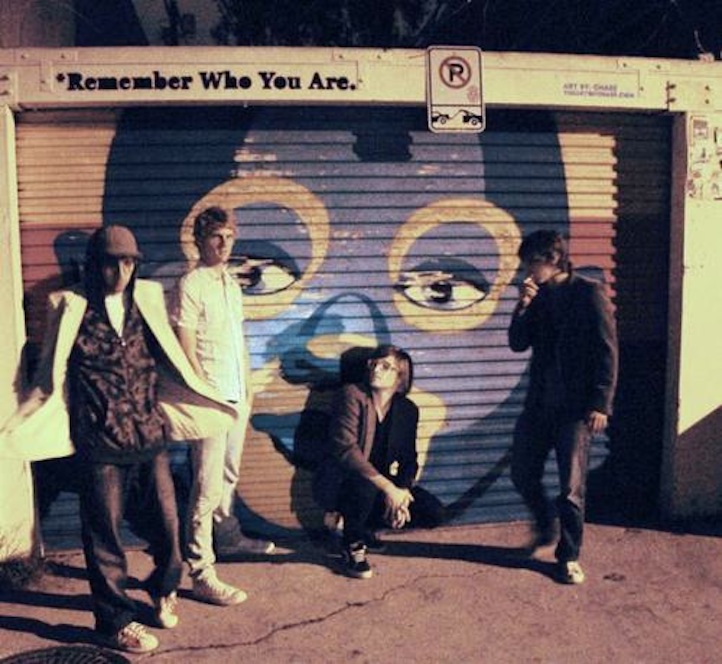 LA outfit Foster the People know the power of the Internet. Relatively unheard of until last year, its music spread quickly through some blog placements placements to the aptly named website Hype Machine and ultimately the charts, landing at number one spot for Alternative. After rocking this year’s festival circuit, the band released its album Torches. Life+Times caught up with drummer Mark Pontius to discuss the band’s success aboard, dream venues and Yanni.

Life+Times: The name of your band was original “Foster & The People”, but changed when people continually misheard it. What’s in a name? Did it change anything about the band, internally?
Mark Pontius: I dont think it changed anything for us internally. I guess it did make our vision for wanting to help people more apparent. We loved the idea that the name had some double meaning. Some of the first shows we ever played were charity shows and its something we want to stay involved with as much as possible.

L+T: Your band is fairly young. How did you guys move into the spotlight so quickly?
MP: Not long after the song “Pumped Up Kicks” was written in early 2010 a friend of ours got it placed in an online Nylon magazine video for Anna Suie. That quickly created a lot of traffic to our website so we decided to give the track away for free in exchange for an email address. Soon enough some higher profile blogs were sharing the track and it got thrown on to the website Hype Machine. Within a couple days of being on Hype Machine it was at number one. That site combined with the other blogs just created a lot of buzz around the band really quickly.

L+T: Last year, you placed number 32 on Australia’s “Triple J Hottest 100 of 2010” list. How did you jump continents within a year of your bands birth?
MP: Your guess is as good as ours. The internet can be pretty unpredictable sometimes. When we were giving out “Pumped Up Kicks” free in exchange for emails a lot of them just started coming from Australia. So we decided to do one our first tours over there and that helped kick start a lot of things.

L+T: As your first album, what does Torches say about the band and the genre of music you inhabit?
MP: Torches is a pretty versatile record which very much represents all of our tastes in music. We don’t want to have any limits with the type of music people except to hear from us. I think Torches sets up a pretty good platform to not pigeon hole our selves into any specific sound.

L+T: Favorite song off Torches?
MP: “Call It What You Want”

L+T: What’s your dream venue?
MP: I would love to be able to play at the Hollywood Bowl someday.

L+T: If you could score a film – any film – what would it be?
MP: Well…it would definitely be a rom com. I’m kind of a sucker for rom coms. And I would score it using only a saxophone for sure.

L+T: If in the future, you found yourself straying towards another genre, what type of music would you gravitate towards?
MP: Is Yanni a genre? I think if we were to stray into a specific genre in the future it would be that of Yanni’s.