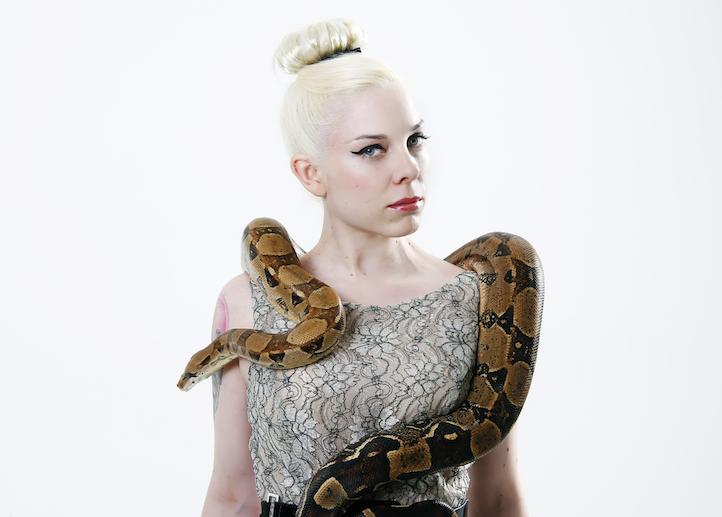 Jetsetter vocalist-songwriter Lia Mice – she’s traversed the globe from Australia to Brooklyn to Paris – is set to release her latest album, I Love You, on November 4 through Old Flame Records (Cloud Nothings, Potty Mouth). Her newest single, “Our Heavy Heart,” is a love ballad with a ‘80s styling – a soundtrack fit for 1986 rom-com, Pretty in Pink while maintaining relevance amid indie modernity.

Regarding the catalyst behind “Our Heavy Heat,” Lia says, “When I first moved to Lyon I was spending my weekends at DJ nights on this crazy péniche (boat venue) called Le Sonic. From the outside it just looks like an empty barge, but on the inside it’s all red – everything is red, the walls, the bar, and there’s a huge red velvet curtain behind the stage. It’s like walking right into a David Lynch film. The DJs play everything from French pop, to dark ‘80s, new wave, and wild unclassifiable electronic jams. I think the sounds and style of that bizarro club crept into this song while I was writing it.”

On an interesting side note, the boa Lia dons in her pic below is the same one Alice Cooper used in his live show in Lyon, France.

I Love You is available for vinyl and CD preorder now.