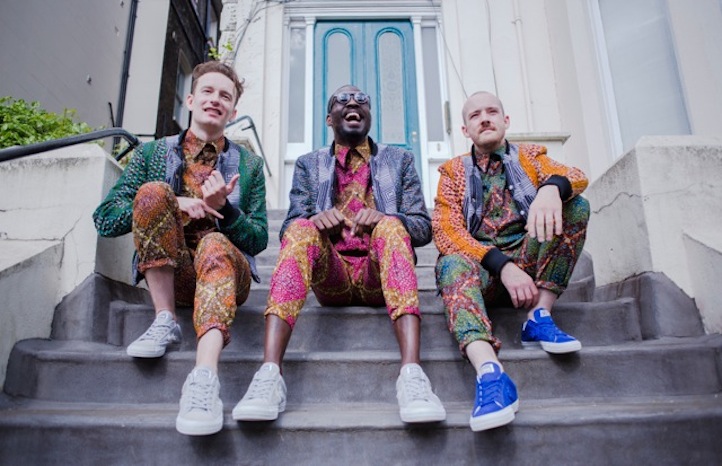 Life + Times premieres the exclusive Kirk Spencer remix of the trio’s single, “Bus.” The 22-year-old producer brings an electro-dancehall element to “Bus” – a tasty complement to an already flawless record. Below, the band gives their full rundown on “Bus.”

“I (Joshua) came from a Roman Catholic home in Nigeria. My first job in London was a barman. Bit of a culture shock. Riding home after work on the N38 night bus, I would people-watch those I’d helped get drunk having a bad end to what seemed like a heavy night out. Tom and I thought it’d be a neat idea to chronicle one particular journey across two songs: the same moment, seen from the POV of the protagonist who’s still having the time of his life, and then from a third person witnessing the protagonist get arrested.”

“I go to Tom’s (sax) house. Sometimes we have pre-written ideas. Tom is Musical Director so his ideas usually come more fully formed. I played the violin in secondary school, but apart from that I have no musical training. So, my ideas usually need fattening. Sometimes we make something on the spot. If we get stuck, we listen to music by other people we like ’til we’re the right level of depressed, inspired, [and] annoyed.”

“Bus” is off of Benin City’s Midnight Malarky EP out now via iTunes.