Battlefield 4, the latest installment in the Battlefield series, finds everything – gameplay, weapons, terrain, multiplayer and graphics – bigger, bolder and more intense. To see how the series has progressed with Battlefield 4, Life+Times speaks with the game’s Creative Director Lars Gustavsson about what players can find in Battlefield 4.

Life+Times: Battlefield has been engaged in an unofficial head to head battle with the Call of Duty series to the point where you have to pick a side and only one side. Do you pay attention to what the COD series is doing and how you can top their efforts?
Lars Gustavsson: I must say that I do not agree with the notion that people would have to pick either side since that would be to diminish the intelligence of our customers. Our main goal, as it has been since we released Battlefield 1942 over 10 years ago, has always been to deliver experiences that cannot be found anywhere else. Whether you like tight infantry combat or huge battles with vehicles, we provide the experience that allows for unique moments that only you can experience. Those battlefield moments that can happen only in battlefield. We have the deepest respect for the COD series and follow them closely, just as many other games in this industry, to be aware of where the industry is heading.

L+T: Last year’s multiplayer was lauded for its combat depth and how massive the maps were. How can you possibly improve on something that felt so close to perfect in the previous installment?
LG: Though we aren’t talking much about the multiplayer in Battlefield 4 our goal at DICE is to continually push ourselves and the Battlefield series further. We have some very exciting things planned for multiplayer that we look forward to sharing with everyone in the future.

L+T: The sheer amount of options to plan your attack in Battlefield has been staggering. From the weapons to the vehicles, there hasn’t been much that we’ve been missing but surely there has to be a new gun or vehicle that you can unveil.
LG: Our goal with Battlefield 4 is to continue to deliver that all-out-warfare experience that fans have come to expect from the series, so we’re once again pushing the frontline beyond the shores by introducing all-new attack boats together with our jet-skis and trust-worthy RHIB’s in amphibious assaults for the full Battlefield experience. 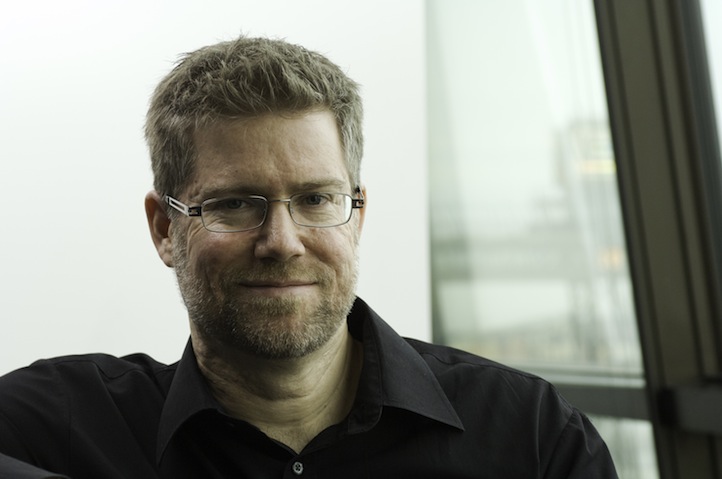 L+T: It may sound crazy, but some gamers wanted even bigger maps for Battlefield 4. Will their calls be answered?
LG: With the power of [game engine] Frostbite 3 we are able to create an experience in terms of size, scope and depth that is unmatched in the genre. Our intent is to keep on creating varied and exciting experiences, we’ll be sharing more information on this in the future.

L+T: Battlefield fans thoroughly enjoyed the 2143 setting, will this installment revisit that future setting or will we still be working with a more contemporary setting?
LG: We are staying in the contemporary era since we feel that it really paints the perfect backdrop for the story that we want to tell. With even more focus on delivering a gripping storyline that is dramatic, human and believable as seen through the eyes of one playable character. We are doing our utmost to engage the player emotionally in this journey that you are about to embark on.

L+T: One of the qualms people have had about Battlefield was its single player story campaign as it pales in comparison to the epic multiplayer mode. Will there be new wrinkles in the single player campaign for those that enjoy a solo gaming experience?
LG: We have listened to our fans and put a lot of efforts into building a singleplayer experience that shares the same Battlefield values as our multiplayer experience. We have chosen to approach it from two angles: Our goal is to tell a story that is dramatic, human and believable and thattakes you on a journey with reasoning and motivations that we all can relate to. Having one playable character, as well as all the efforts in making you feel like a part of the this dynamic world, catersto an experience that should be much more relevant and captivating. We are also introducing a lot of the traditional gameplay elements that we’ve learnt to love in multiplayer into the singleplayer campaign. We will open it up to more freedom of movement as well as providing the player with more tools to solve problems. Where you previously had one solution to take out an enemy, we now move more towards providing more routes, vehicles, weapons and gadgets to solve the situation the way you want to. It’s all about player autonomy and allowing you to experience your version of the game to create those moments that can only happen in Battlefield. 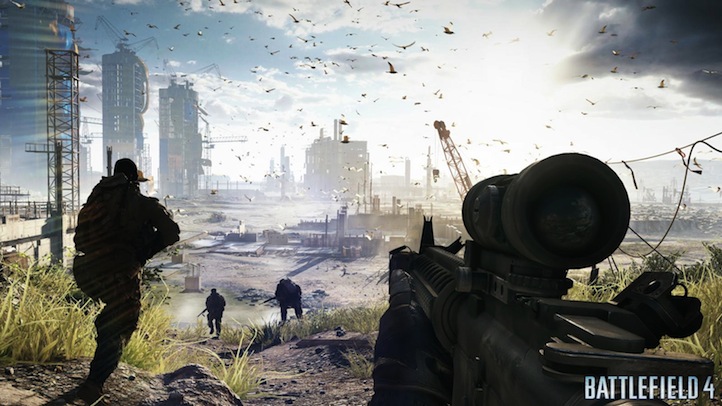 L+T: Some people missed the humor from Bad Company. Any chance of that coming back at all?
LG: We’re really proud of the Bad Company series and happy about how well it resonated with our audience, but we’re hard at work on Battlefield 4 right now, which is our main focus this year.

L+T: You guys took great advantage of the Frostbite engine in Battlefield 3 and the environmental destruction was a beauty to behold. What can we expect from the next gen version when it comes to graphics?
LG: Unfortunately we aren’t talking about next gen at the moment, but the power of Frostbite 3 allows us to scale and meet multiple specs. As for destruction, we’re dialing it up in the single player campaign with something we call Tactical Destruction, which encourages the player to improvise and use the environment to their advantage such as taking out walls in order to flank your enemy. There is also a big focus on “Cause and Effect” as we are creating a more dynamic world overall in terms of wind, cloth effects, water and destruction.

L+T: The poster has some rain which leads me to wonder if we will see weather play a role in Battlefield 4.
LG: Weather will be an integral part of the style and tone of Battlefield 4. .It really helps us put emphasis and contrast to the different mood changes in the game.

L+T: Finally, and perhaps most importantly, is there a release date?
LG: Battlefield 4 will be coming out in the Fall of 2013.