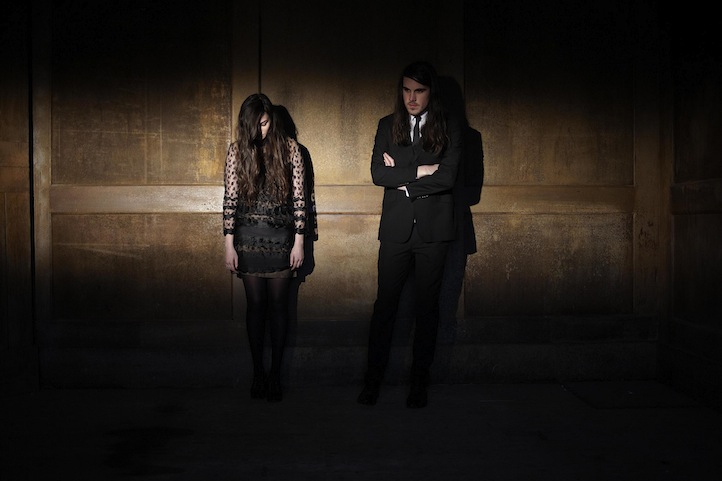 As their education might suggest, film students/proto-pop rockers The Cults take a cinematic approach to making music. The duo – comprised of Madeline Follin and Brian Oblivion – pair ’60s-style sounds with downtown rhythms to achieve something that’s just…fun. Here, the band talks its name, The Pixies and the worst live show they’ve ever played.

Life+Times: Define the word “cinematic” as it relates to music.
The Cults: I guess I would interpret “cinematic” music as music that creates a sense of setting in a listener’s head. Most pop music today seems mostly concerned with setting the “half naked MTV Beach House” kind of scene, but I think for music to be cinematic it has to reach a little further than that and try to be more dramatic.

L+T: How does film school affect your music?
TC: Without going to film school we would probably have been much better adjusted individuals, who didn’t feel the need to write music at all. For us, it was kind of a joyous escape, to be creative without grading or analysis. I guess it also kind of affects the way we approach songs, writing them about characters in a specific time and place.

L+T: What role does New York play in your sound?
TC: I’m not sure any particular place influences our sound. I don’t feel like our music has much in common with what’s going on in New York right now, but I guess it has influenced us because we’ve been able to engage more easily with culture or something. Maybe it’s influenced us because we have to be so quiet around our crazy neighbors, we ended up doing most of the instrumentals electronically so that we could wear headphones while we record.

L+T: It’s nearly impossible to search your band online without being bombarded by results for “famous cults.” Yet, somehow, your music has spread and you’ve gained a real following. How’d you pull that off?
TC: I don’t think either of us have any idea. I really have no advice for other bands trying to make it like we did, other than the simple and kinda pompous recommendation that you write good music that people will want to share with one another. The whole thing is still surprising, but it’s nice to know that our band broke on the basis of people liking the music, not on some kind of marketing push.

L+T: What’s the first thing you remember about making music?
TC: The first song I learned how to play on the guitar was the lead riff from “Where Is My Mind” by The Pixies. It took me probably a week to get it down, and it’s really just three notes. Madeline learned [The Ramones‘] “Blitzkrieg Bop” on bass when she was 10-years-old; her stepdad made her play it over and over until she got it right. He’s now convinced that everyone in the world except Madeline plays it wrong.

L+T: What was your worst live show?
TC: Maybe our second show ever. We got an offer to play with Sleigh Bells right around the time we came out, and being huge fans of their band we said yes immediately. What we didn’t know was that it was for their record release party, and there were 120 press people on the list. Once we found that out our confidence sort of tanked, we were definitely not ready for that kind of attention.

L+T: Who and what are your influences?
TC: The obvious influence that Madeline and I share comes from a lot of early ’60s pop, like Lesley Gore, The Shangri La’s and The Crystals. When we met that was the music that we first had in common, and had pretty much on loop for a year. Since then I think we’ve found more stuff we both like. ’90s hip hop like Wu-Tang and N.W.A. was really important to us as kids, and as teens we both had big Joy Division/My Bloody Valentine stages. All that stuff creeps in one way or another.

L+T: What film do you wish you could have scored?
TC: There’s a Dutch movie called The Vanishing by George Sluizer that has this amazing timeless narrative, incredible performances, and some of the worst music I’ve ever heard in a film. We’re talking Seinfeld bass lines here. It dates the movie so much, and really takes you out of the action. I guess I’ve always dreamed that if we get famous, we can rescore that movie and play it somewhere for a night or two. (The Cults)