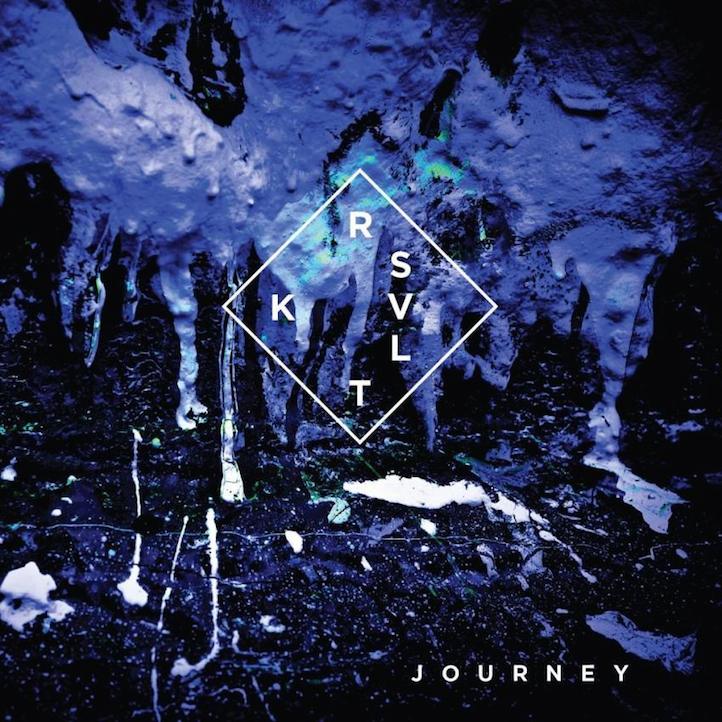 For his latest EP, Journey, K Roosevelt found inspiration in the sounds and emotions of past eras of R&B. Though reminiscent to the music he grew up on, he wanted the six-song project to offer a refreshing alternative to much of what’s currently being heard on R&B radio. “I wanted to do something with interesting sounds,” says the singer, songwriter and producer, who’s a part of Hit-Boy‘s HS87 collective. “I wanted to do something that was different from what I was hearing and the stuff that was coming out.” Creating music his fans could feel was also something the “Do Me Now” singer looked to accomplish with Journey. “Journey is about feeling good, living life in a positive way, being happy, making the best of things and not really tripping over the little trivial stuff,” he says. Here, Life + Times speaks to K Roosevelt about the inspirations behind Journey, his creative process and working with Hit-Boy.

Life + Times: You’ve collaborated with the likes of Jhene Aiko, The Game, Casey Veggies and Dom Kennedy in the past, but for Journey you decided to go it alone. Why did you choose to have no guest appearances on the EP?
K Roosevelt: I think it kind of reflects how I made it. I kind of had gotten a little secluded and made Journey that way. I wasn’t really around a lot of people while I was recording, so it reflects that more than anything. If I had a feature it would’ve come naturally from the person being around. I’m not one to force features or anything. I like to do things organically.

L+T: Journey seems to be influenced by a very specific era of R&B. What was it about that era that made you gravitate towards it while creating this project?
KR: It just so happened that all the stuff this time was kind of 80s driven. It wasn’t an intentional decision. That’s just the direction the creativity kind of pushed me in. Originally, I wanted to do it a little differently, but it just happened that way, so I went with it. I like to just go with the flow of the creativity and not try to force something too much. I don’t really look at myself as an R&B kind of guy. I started off as a producer. I just focus on making stuff that moves people in a certain way.

L+T: There’s also this “feel good” aspect to Journey. Did you plan for the project to have such a vibe or did it just happen that way as the songs were being made?
KR: I think it became a little more intentional as it progressed. I like for my music to feel good and I like to give a certain feeling with it. That’s really important to me. How it makes you feel when you hear it, more so than content or influence or whatever is what’s important to me. I think how it feels is the thing I focus on most. I want to make the stuff that can be the soundtrack to people’s lives.

L+T: In “Let It Go,” you say, “It ain’t about where we start or where we end, but what we learn when we get there.” What has been one important thing you’ve learned along your journey?
KR: As I get older, the more I realize the things that I’m going to remember are going to be the things that happened on the journey to my goals, as opposed to me getting to my goals.

L+T: In an interview, Hit-Boy said that everyone on HS87 has their own flavor and their own style. How would you describe what you bring to the crew?
KR: I’m not sure how I’d describe it. I’m definitely different from the rest of the crew in the sense that I’m singing. I just think we’re great in different ways and bringing it all together creates a kind of unique mixture of music. I just try to be myself and I try to do the stuff that I’m going to like. I think the kind of stuff I make reflects the stuff I listen to and my outlook on life. I just really try to do dope stuff.

L+T: What impact did having an award-winning Blues musician as a father have on your progression, musically?
KR: It was great. I learned a lot from having that as a resource. I’ve been able to avoid certain things that other people encounter just by having that prior knowledge base. It’s been helpful musically and business wise. I wasn’t making music originally. I was playing drums and he would tell me that I should start writing and learning how to compose, but I was like, “Nah, I’m not going to do that” and when I started making beats he suggested I start writing, and I was like, “Nah, I don’t want to do that.” I ended up both producing and writing. Having him definitely helped and is a major influence on how I do stuff.

L+T: What comes more naturally for you, producing or songwriting?
KR: For sure the production. When I started making music I was producing. Songwriting and the artist thing kind of just came from that. At first, it wasn’t a deliberate decision. I was kind of entertaining the idea of getting placements with writing and stuff. The more I started to write, the more people would tell me that I kind of had my own vibe and that I might want to be an artist, so the production is definitely a major part of my artistry. It all stems from the production and that’s why I produce most of my stuff. It isn’t because I don’t like other people’s beats. It’s because I don’t really get inspired to write unless it’s something I’m making.

L+T: As a producer, how helpful has it been having someone like Hit-Boy in your corner?
KR: It’s great to be involved with Hit-Boy. The creativity is the thing that’s the dope part for me, more so than him being an established producer. He’s a very, very talented dude, so I can feed off of him. He can feed off of the stuff that I’m doing. With HS87 in general, we all kind of feed off of each other and try to make each other progress and get better, so being around such talented people like that is amazing. They’ll play me some stuff and I’ll be like “Damn. I got to come with some heat now.” So that’s the dope part for sure.

L+T: Are you currently producing or writing for other artists?
KR: I was working on my own stuff a lot last year, so lately I’ve been starting to venture out and get back to producing for other people. I’ve been inspired to do great stuff, so I’m down to work with anybody that’s down to do something incredible.

L+T: When can we expect your debut album?
KR: I don’t know. I’m working on some stuff now, which could end up being it, but I’d just have to see how it comes out. I guess the best answer would be, sooner than later.