Forward-thinking vocalists and producers have meshed R&B with the synth instrumentation commonly associated with dance music. Not all electronic based music falls into the “dance” category – artists such as Disclosure, Kastle, Cyril Hahn, and British songstress Jessie Ware are among the pioneers of this new age electro soul. Devotion, Jessie’s debut album, showcases Ms. Ware’s silky smooth vocals, love drenched lyrics, and electronic induced rhythms. Her first string of gigs took place with Jack Peñate as a backup singer and resulted in the motivation for Ware to pursue a career as a singer-songwriter. Jessie just kicked off her nationwide tour and will soon work on her sophomore album to be released in 2014. This weekend, we caught up with Jessie pre-set at her stop in Houston (and first time in Texas) to discuss her beginning and future in the music world.

Life + Times: How do you think your collaborations with Jack Peñate, Sampha, and SBTRKT aided in developing your own style?
Jessie Ware: Starting with Jack – he was the person that got me singing. I was working at a TV production company, so really he was the person that kind of kicked it off for me and just loving being a backup singer. So I feel like he’s the person that kind of opened the door for me. SBTRKT was the next person that I worked with. I’ve always loved danced music. I was always dancing in clubs. I was more into drum n’ bass when I was younger. To work with SBTRKT who was making such fresh and exciting dance music that you really couldn’t pinpoint what it was, but it had soul. To work with him was a real eye-opener, it really shaped my idea of wanting to combine classic songwriting with this production that felt not necessarily like London, but felt authentically British and dance-lead. My music is not all dance music. I came from a dance background. I love collaborating with people like SBTRKT, like Sampha, like Disclosure, Julio Bashmore – this is something that has been so fun for me and was something that I thought was going to be my career of being a featured artist. I was happy for that. Then, I got to be my own artist which is very nice. Sampha taught me a lot about soul. He’s quite a shy guy. On stage he becomes this performer.

L+T: Shy? I saw him perform with SBTRKT at SXSW last year and he gave such a bold show. I never would describe him as shy based off of that. He’s a beast!
JW: He’s a beast, yeah! He’s shy and very softly spoken. Then, I see him in the studio and for me I’m scared of saying things because I’m scared I’ll get it wrong or I’m scared people will be like, “What shit!” Sampha says “stream of consciousness” and goes for it. It’s so admirable to watch him, like in the studio he’s so exciting to watch. He really comes to life. He’s amazing!

L+T: Speaking of shyness, I read that you initially felt insecure about performing. What helped you combat that shyness?
JW: I think experience and actually just getting on with it; and actually being able to say I have an album out. At the beginning the album (Devotion) wasn’t out, I was this featured dance person. Then, it was like ‘Oh no, now I’m gonna do the solo thing. I hope you like it. It’s not really dance-y.’ So, I kind of felt like I was apologizing and I was like ‘Oh god, I need to stay strong with what I want to do.’ I was also trying to gain fans with people not knowing any songs. So, I just think it was about experience and getting it wrong and trial and error – and learning from my mistakes. I was really nervous on the first day of this tour in Dallas. I never been there. It wasn’t sold out. I was like, ‘Oh god.’ I’m still learning. Playing America is a slug, but it’s the most satisfying. The crowds, even if there’s only 150 people there, they are amazing.

L+T: They are your fans. It’s not necessarily about the quantity. You want quality fans – they will stick.
JW: Yeah, exactly! I don’t care if I’m not selling out places, because I know these people are going to come back for the next album. They’re going to support me. There are familiar faces that I’m getting to know now. Texas is my first time here. So, I’ve never played here, but I feel like these people have seen me before. In Dallas, there were these people that had a poster from my Lollapalooza aftershow. They were like, “We went to Chicago to see you.” There were people that driven from Oklahoma to see me. I can’t fathom that. That’s amazing! I really feel like the crowds here are open and bidding me to do well. That’s all you want when you’re a bit far from home and you’re a bit scared. Yesterday was fun. I had two big birthday cakes because it was my birthday like three days ago. There were like 100 to 150 waiting after the show to meet me. People had vinyls. It wasn’t an organized meet and greet. They were like, “Do you want to do this?” I was like, ‘Yeah!’ I went and got my cake, cut it up, gave it to people. It was wicked! 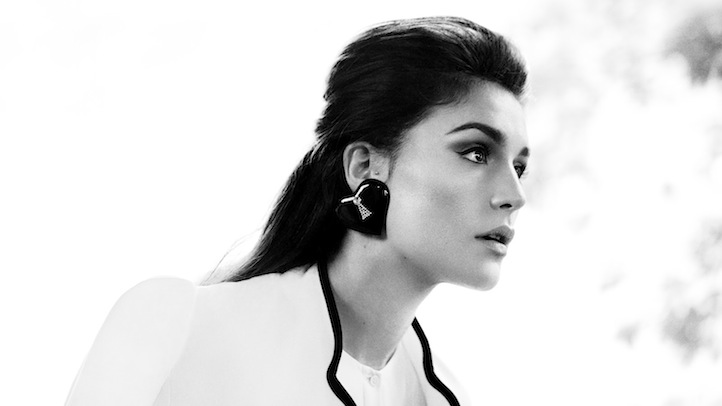 L+T: Wow! That had to be a great feeling. Going into your album – on Devotion you’re very emotionally open and descriptive. The songs convey love and loss. Most singers tell me that the songwriting process is very cathartic. Do you agree?
JW: It didn’t at the beginning. I thought, ‘What have I got that’s interesting to say that’s original, that’s interesting, that’s more beautiful?’ Then, I worked with David Okumu, who’s sort of the main producer of Devotion – who’s actually coming to support me with his band halfway through the tour – he made me feel like everything that I said and meant was valid. Then, I kind of got over the whole “Oh god, do I really have to be original with the way I say ‘I love you?’” If you love someone, then you just want to say it and mean it – it’s okay. So, I kind of learned that I needed to stop worrying and if it just meant something to me, then it was okay. I think that’s really helped me. Sometimes it’s cathartic, definitely with “Wildest Moments” – that was cathartic. It was all the things I wanted to say to my best friend, Sarah, which the song’s about. You can’t read into a conversation because it’s either gonna go one way or the other. That song’s about me loving and hating her, but mostly loving her. It was very easy to write. “Taking In Water” is about my little brother. He’s had a really rough time. He hasn’t had the easiest time. He’s fine, he’s good. At the time, I didn’t know how to ask him if he was okay. He was struggling and I…wanted to show him that I adored him and cared about him. “Taking In Water” is about him. These are the kind of songs that I get the most people coming up to me and saying…it was heartbreaking. There was this girl at this gig in London – I had this girl come up to me and she was so apologetic about it. She said, “I’m so sorry. I know ‘Taking In Water’ is about your little brother. I’m so sorry to do this. My brother died maybe three months ago and it’s some of the things that I wish I said to him.”

L+T: That’s really heavy.
JW: It was heavy, but quite amazing. I didn’t know what to say. I just gave her hug, but for people to say that and be thinking about it – it means so much. That’s not why I write them (songs). I write them for myself and for the people I love. That happens with “Wildest Moments” too. That makes me feel more confident in going on as a songwriter. It’s still really early days with it all.

L+T: What’s next for you?
JW: This tour, then just carrying on to the next album. I want the album out next year. I’m gonna do a chunk of writing when I get home. Then, I’m going to Mexico for a Christmas holiday with my mom. I’m getting married next year.

L+T: What?
JW: Yeah, I got engaged about a month and a half ago.

L+T: Oh! Congratulations!
JW: So, I’m gonna go on a holiday with my mom, my brother, and my sister. Then, I’m actually gonna be in LA at the beginning of the year writing. I’m just gonna be writing and recording. I’m desperate to be playing new music. I’ve got one new song in the set which I’ve been doing. It’s a bit scary doing it. I like the song. I wanted to do something new because I felt like – not Texas, Houston I’ve never been too – but, a lot of places I’ve been I don’t want to do a regurgitated set. I want to give them something new. I’ve toured the States now – this will be 3 and a half tours I’ve done really this year on one album. Some people are coming to every show and I don’t know why they are. They are very sweet. I wouldn’t go see somebody three times in a year on one album. So, I wanted to give them a few extra new songs.