Jazzman Jon Batiste is a product of some of the strongest musical roots one can emerge from – born and raised in New Orleans, then studying at The Juilliard School in New York. His formal expertise was grounded in the streets and the people. Those experiences informing his perspective on life  and on music led him to the point he is at now with his band Stay Human’s new album, Social Music (out now). More than the title of the record, it’s a description of the content. On the new record, Batiste is on piano, vocals and melodica and while at Juilliard, aligned with like-minded individuals Eddie Barbash (alto saxophone), Ibanda Ruhumbika (tuba) and Joe Saylor (drums) to create “social music,” the quartet’s own genre.

Life+Times caught up with Batiste to discuss Social Music and the power it can have.

Life+Times: What does the album title Social Music mean and what is the mission behind it?
Jon Batiste: Well Social Music, for me, is about figuring out a genre title that represents the intent of the music rather than representing a mix of different genres. That already exists in creating names that are put together like “jazz-rock-pop-electronica.” I feel like that didn’t really do [our] music justice. Social Music is a montage of musical traditions. It’s about bringing people together and having something in there for everybody. That’s why we decided to call the record Social Music, because it’s the first time we really are documenting that concept.

L+T: What happened that made you coin the concept of “social music”?
JB: It was organic, which I think is the best way. If it happens naturally, then that’s really genuinely what you should be doing. [The members of the band] come from different backgrounds. We all went to Juilliard, but some of us are in the classical division, others in jazz. Our backgrounds are so different, the thing that happens when you get all these people together, you have to figure out a style of music that everybody can shine playing and performing live. It naturally becomes a mix, especially with all of us growing up in this era where everybody is constantly on their iPod and Spotify, they’re constantly genre-hopping when they listen to music whether they know it or not. 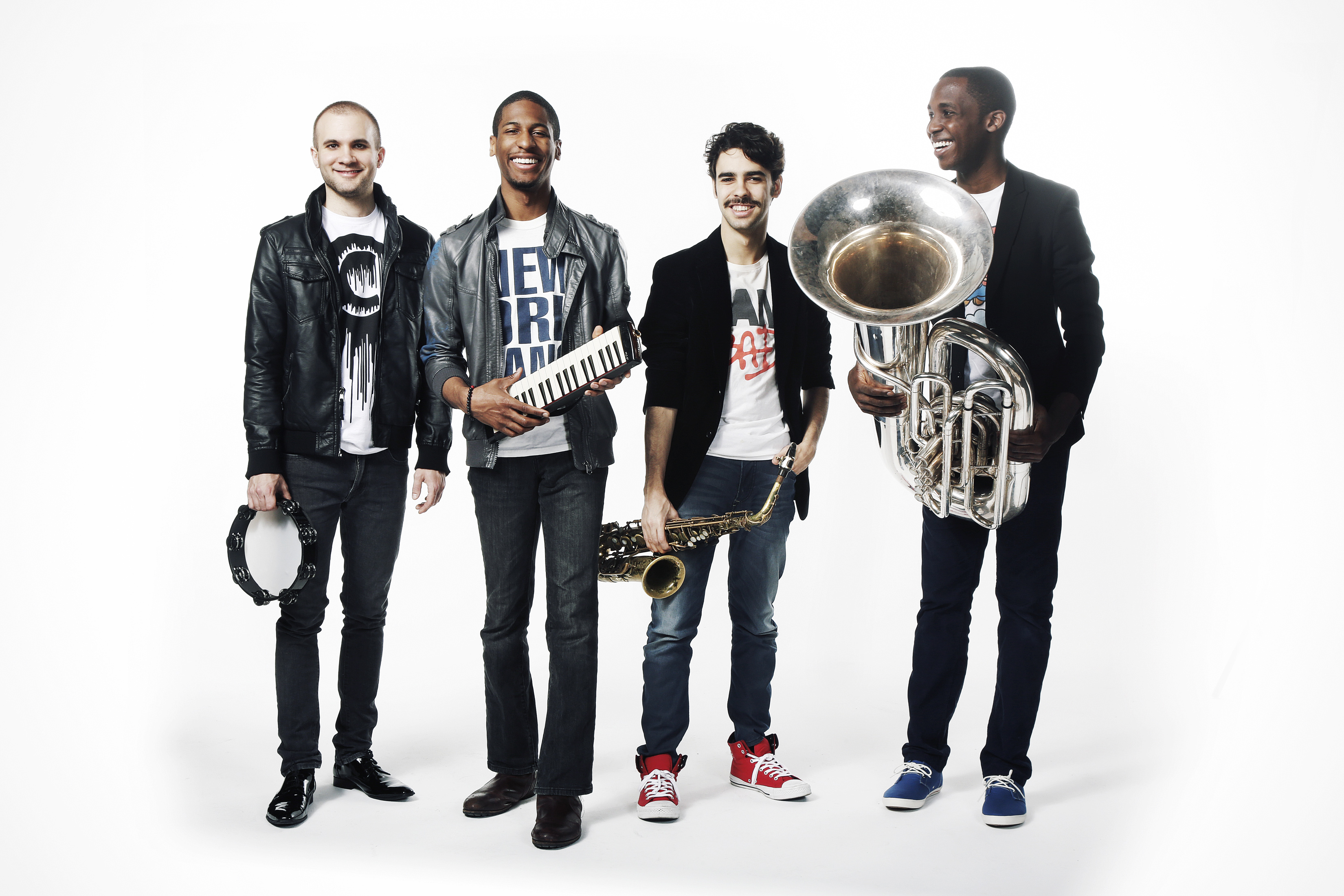 L+T:  Stay Human is a powerful name. What brought you all together?
JB: The power of music and the live musical experience is what brings us together. We all believe in that power. In this generation, the beauty of technology has also become one of the things that’s become a negative aspect of the generation, where people plug in and tune out. They don’t really understand the power of a genuine human exchange, and that’s definitely exhibited though the universal language of music and the live music experience. Even though, we’re coming from these different musical places, we all have the core value that we want to remind people of just how powerful that is and really uplift people in our generation through the history of the music and through what’s happening right now in the world. That’s a beautiful thing when everything is so connected. The Internet and social media have changed the world in the last 20 years to be something that you can connect with a person who’s across the world as if they are in the same room.

L+T: How was the experience playing in the New York subways?
JB: The idea of playing in the subway came because I was thinking, “How can we really immerse ourself into the social consciousness of wherever we are?” I felt like in New York the social consciousness exhibits itself most clearly in the subway because you have people from this background and that background who never will find anything in common, but they have to sit together two inches away from each other because they’re riding mass transit. So, going to the subway, you really get the feel for that cultural blend – that mashup that is New York City. You play for these people and that’s the beauty of creating that connection, you bring people that might never find anything in common except for that live music experience that they had.

L+T: Growing up in New Orleans, how does playing in the subways of New York compare to playing in the streets of your hometown?
JB: That’s a good question. It’s deep. Growing up in New Orleans, you grow up around a mix. It’s a cultural mashup the same way that New York is except the difference is New Orleans has this tradition and culture that is very insular. You know the songs you play in the street, you know what streets to march up, the musicians all know each, and it’s kind of like, if you’re not from New Orleans, you have no idea what’s going on. It’s its own world. It’s so insular that you don’t really understand unless you go down there to experience it. In New York, it’s so many different cultures that it’s a gateway to the rest of the world. It’s more global.

L+T: Talk about the challenge of making this album and trying to maintain musical traditions, but continuing to push them at the same time.
JB: It’s all one thing for me, it’s a continuum. I think the idea of a generation gap is only perceived. There’s no real thing that separates what happened in the past and the great achievements they had from what we want to do right now. The beauty of it is that they did that, so we don’t have to do that. They let us have a platform to build upon, so now the people that come after us can, [similarly], do something different than we did. For me, it’s all utilizing everything we have at our disposal. The beauty of that for me as an artist, is that with this album it’s just the tip of the iceberg. We haven’t even taken it to the extreme, but it makes it possible for us to create something for the ear that’s never been heard before. I’m excited about the idea of coming up with something in our generation that we can all be proud of.