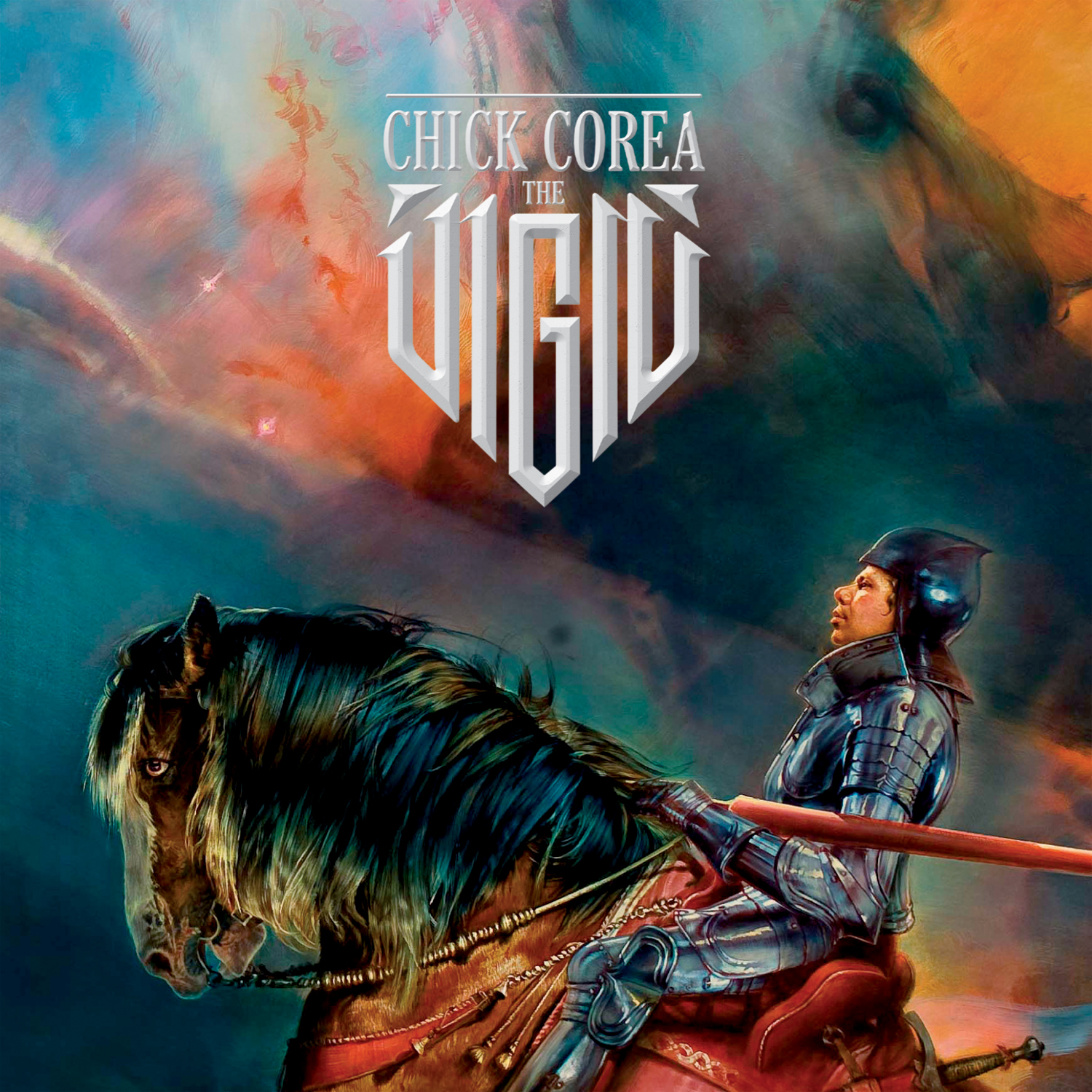 Four decades into a storied music career, jazz pioneer and keyboardist Chick Corea’s creative juices are flowing as fluidly as ever. Initially, that creativity had him at the head of jazz’s fusion era along with Miles Davis and Herbie Hancock. In his latest endeavor, he’s assembled a brand new band, The Vigil, who just released their first recording as a group, under the same name. Rather than simply rehash old ideas, Corea continues to push deep into the imagination.

“This first set of music tells of spaces and freedoms, of what could be created in an ideal culture in a new world where the creative imagination is considered the most valuable possession one could have,” said Corea, who’s been nominated for more than 50 Grammy awards in his lifetime, winning 20.

Life+Times caught up with the jazz legend to discuss his new band and their first recording together, The Vigil.

Life+Times: The Vigil is a new ensemble of musicians that you’re playing with. What’s the musical path for the new group and new record?
Chick Corea: Well, the idea has been in my mind for about 10 years. I haven’t had a band of my for a long time now. I’ve had a couple of reunion things, but never put a band together to write new music. I was missing that kind of creation. I got into involving myself with collaborations, duets, solos and other projects, and the years just kind of put [the idea of this new band] by the side. Finally, I decided, “Well this is 2013, it’s gotta be the year of Vigil.” I started contacting musicians and writing music; I wanted to get a record out before we went touring. That meant we had to record new music in the studio without having gone out to perform it. I usually like to perform music [first], and have it be real rich before I record it. But this time it was a studio recording, we just laid the tunes down. It was the first gathering of the band actually when we recorded. Now we’re toward the end of the first year of the founding and I’m really digging the band, I’m having a blast.

L+T: Why did you decide on the name, The Vigil?
CC: My use of the word is not so much holding candles at night, but more the idea of having my focus and attention fixed on the quality of the music, and the legacy that I feel myself and the other musicians grew out of. There’s a piece on the record called “Legacy,”  a piece called “Portals To Forever” – it’s just keeping a vigil on keeping the music quality high. That’s what that means.

L+T: Talk about the the first tune on the record, “Galaxy 32 Star 4.”
CC: I like the idea of looking out into the heavens and not viewing ourselves on planet Earth as the center of the universe. There’s gotta be other stuff going on out there. So I like to create in my mind imaginary locations. Once you start to consider how the universe is strung together – or what’s known about it anyway, with planets revolving around suns, the solar system, a bunch of those things revolving around galaxies, etc.  – it really stretches your imagination. It’s just a creation of spaces. It doesn’t have to be future or past, everything’s happening right now anyway. I think we’re brought up a lot of the time where the whole world of the imagination is kind of run down by our elders: “Oh, that’s just your imagination,” type of thing, whereas your imagination is the place where we create. That’s how creation happens, you imagine something. I place use of the creative imagination very high.

L+T: It’s a new group altogether, but there’s some younger guys – Charles Altura, Marcus Gilmore and Hadrien Feraud – that are in the mix, in particular. What was the influence and perspective that they brought? Why did you want to work with them?
CC: That’s vital because that’s our culture. It’s the way the culture grows, the way the human race evolves – expanding and growing. These young artists come around and bring their own view of things, take on things and ideas into the mix. And it’s very inspiring. I love being around these guys. I present them with a composition, they interpret it their own way and all kind of stuff happens.

L+T: How do you maintain your creative edge after making music for so long?
CC: I don’t think about it. I try to sleep good, eat healthy, [and] get some exercise. Basically just be healthy enough to operate freely, and I keep interest in what I’m interested in. That seem to be a good recipe to having some adventure in life. When I’ve got a nice, big problem to solve or a big challenge to overcome, I’m happy. So that’s what I keep doing. I keep trying to do things and come up with ways to keep myself interested in contributing something to the world around me.

L+T: How have you seen the music industry – jazz, in particular, and the way it’s received in popular culture – change over time?
CC: If I take the real long view – even longer than I’ve been around – the [answer] is that there hasn’t been very much change. Anything creative and tangible as jazz will never become pop culture, ever. Unless you have one individual who perseveres for a long enough time, is talented, friendly and communicative enough to affect the whole culture, such as Louis Armstrong and Duke Ellington. Miles Davis is another great example. They just persisted for so long. It’s never pop culture, that’s the long-term view. The short-term view is that the way the media is used these days makes it even harder to get fresh ideas across. New York City – any big city, really – is a place to find fresh ideas; if you go in to a big city and look around you’ll find the artists. But it’s on the edge always, that’s where the jazz culture has always been.

L+T: Do you see similarities between hip-hop and jazz, the way they started and evolved over time?
CC: Absolutely. They both come from the street. They both come from people liking to dance and have fun with music. It’s all the same thing, it’s beautiful. It has to keep on going. I try keep my vigil focused on that aspect of culture, where you have to just keep introducing new and fresh ideas into the environment and have some fun. Get some pleasure out of it, otherwise what’s the sense?

The Vigil is available now.